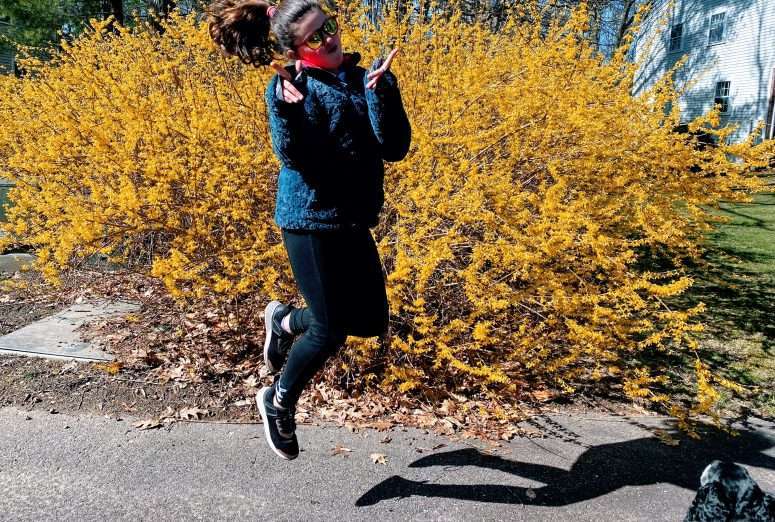 I freaked out on the kids about Oreos this week. I may have raised my voice about the freeze-dried strawberries in the Special K box. And there was a close call involving glitter in the toilet. I’m willing to bet some of you had similar experiences. Week three chewed me up. I was beginning to amaze even myself at the things I could get annoyed about. So, I hid in the basement for awhile, doubled down on baking bread and started thinking about Abraham Lincoln.

“This too shall pass” was Lincoln’s favorite saying. Will this pandemic end? Yes. Will the world go back to normal? No. I think it took three weeks for that to really sink in for me. Our lives will not pick back up one day as if this never happened. We are walking a bridge to a changed world. I think that might be why I had a meltdown about the world’s best-selling sandwich cookie.

Lincoln’s real gift was his ability to focus on the terribly onerous tasks he faced with both humor and deadly seriousness. Do what you can, endure what you must. Each day is a new battle to say yes to what matters and say no to what doesn’t. We’re being reminded every day that when the world goes crazy, what’s left is family. Try not to yell at them about their dessert choices.

After Michelle’s ‘Totally Extreme’ (™Cecilia) birthday party on Friday (preparations included a detailed floor plan, a secret binder and a disco light), things started slowly on Saturday. Careful observers might notice the coffee table has been moved as the family room is now pulling double duty as a Zoom theater and dance studio. 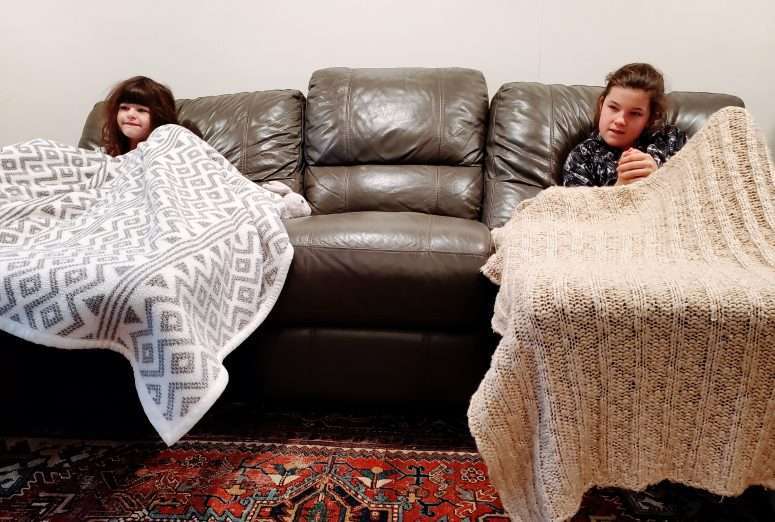 The highlight of the morning was the lost locket episode of the Brady Bunch. It is a personal favorite because it has a little mystery, it’s a ‘very special’ episode, and it involves Jan. She was clearly the most talented of the children actors and vastly underutilized in early seasons. I will fight anyone that argues differently. 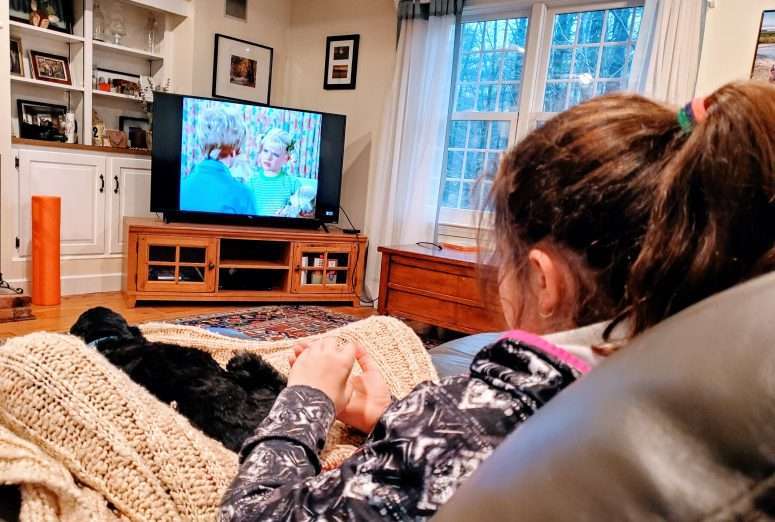 When Michelle started cleaning her paperweight collection before 8 a.m., I knew the rest of us might be in some trouble. 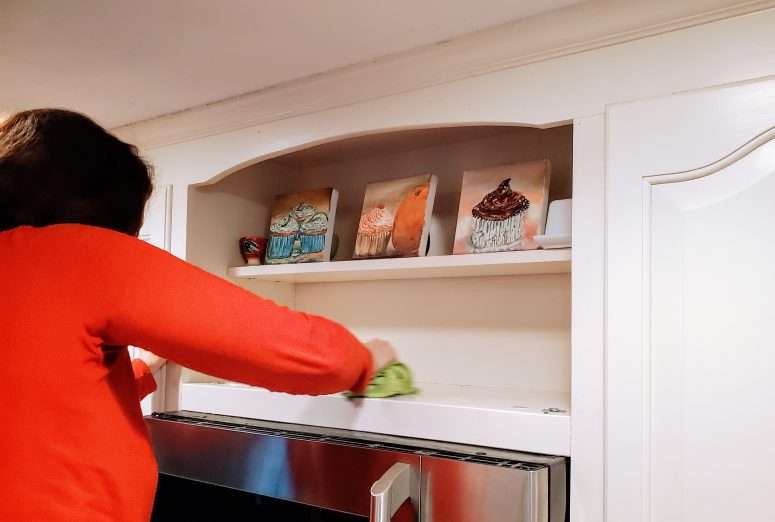 The kids did not escape but I think were honestly okay because it was something different to do in the house. 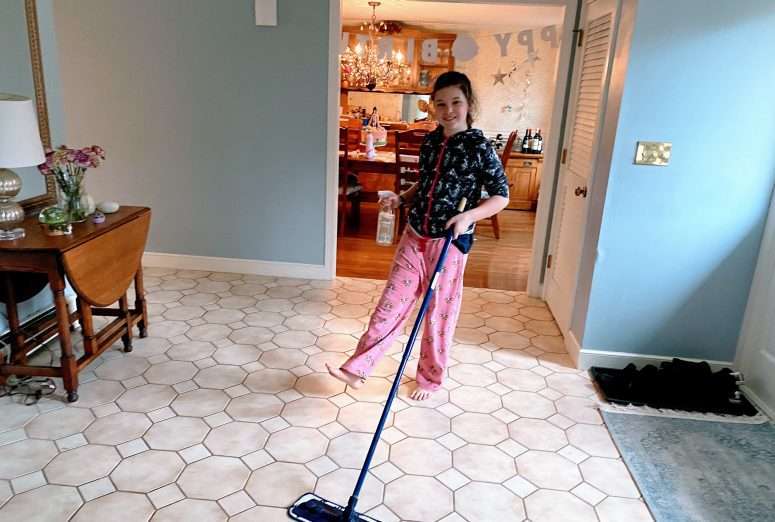 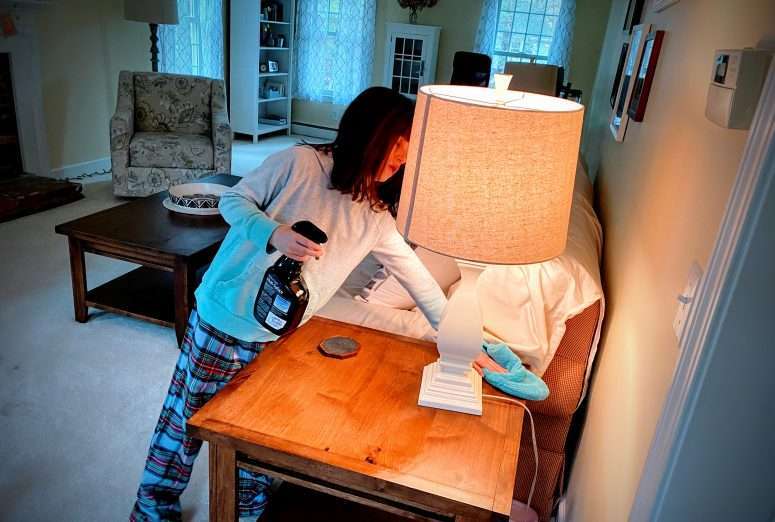 We made some veggie stock to make soup for dinner. Making bread. Making stock. I’m a hen house and a beehive away from true homesteading. I just hope I’m not a few months away from digging a latrine in the backyard. That’s true pioneer living. Or, attending an outdoor Phish show. 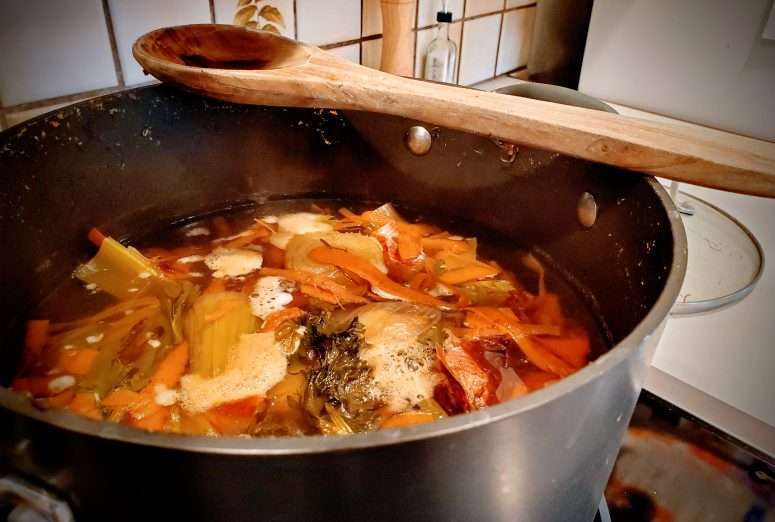 Pajamas were exchanged for activewear before lunch. That’s a win these days. Medications from 2011 were disposed of. 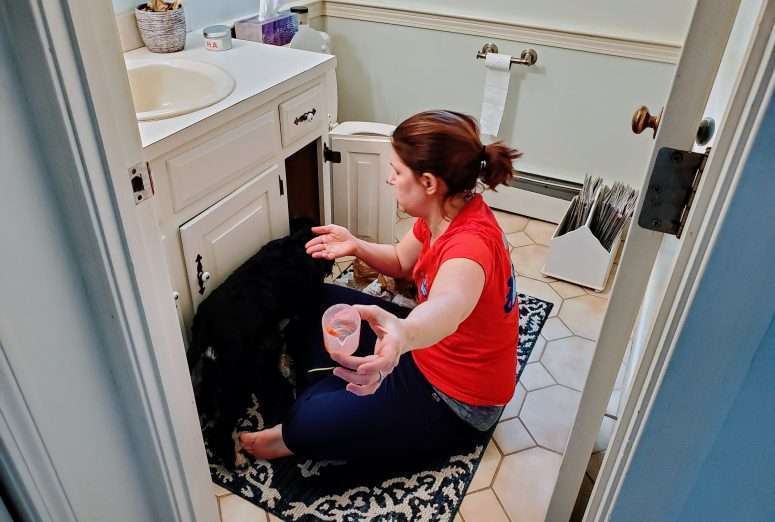 It’s been interesting to watch Ally and her friends navigate their relationships through the phone. It appears to mostly involve making silly faces, applying filters, and leaving pleading messages to call back IMMEDIATELY. 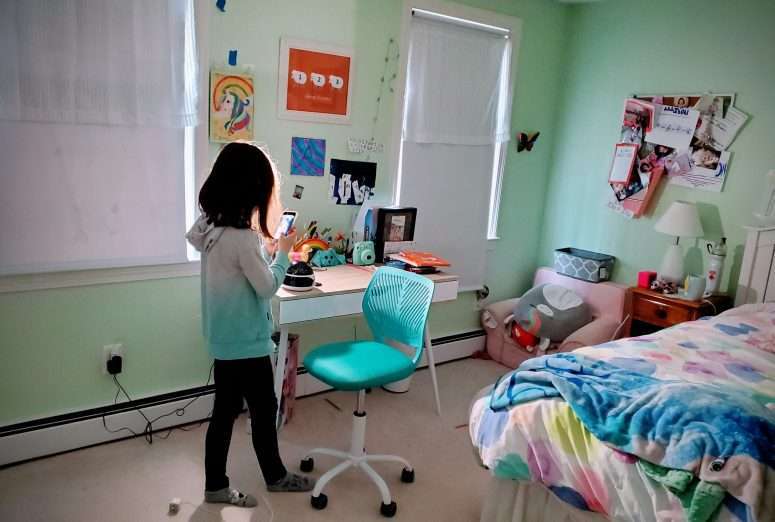 I can tell the level of Cecilia’s simmering rage by how hard and fast she is destroying crayons. I slowly backed out of the room after witnessing this one. 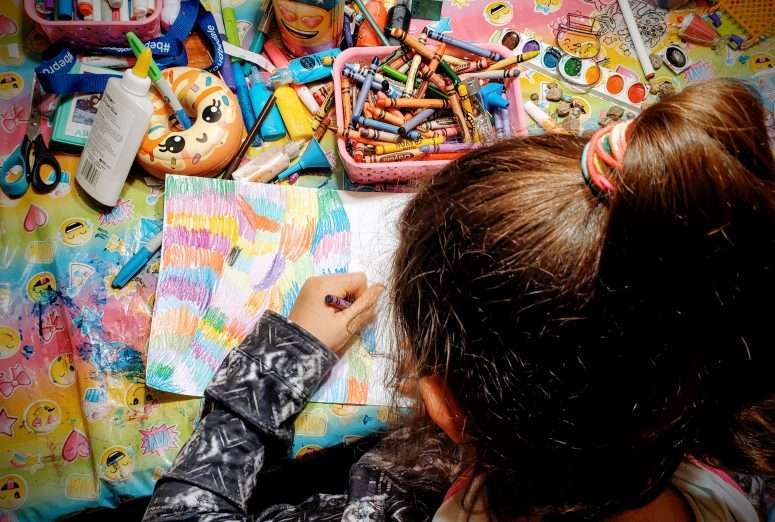 Michelle ran some errands in the afternoon so that meant bandanas, coffee filters and elastics. 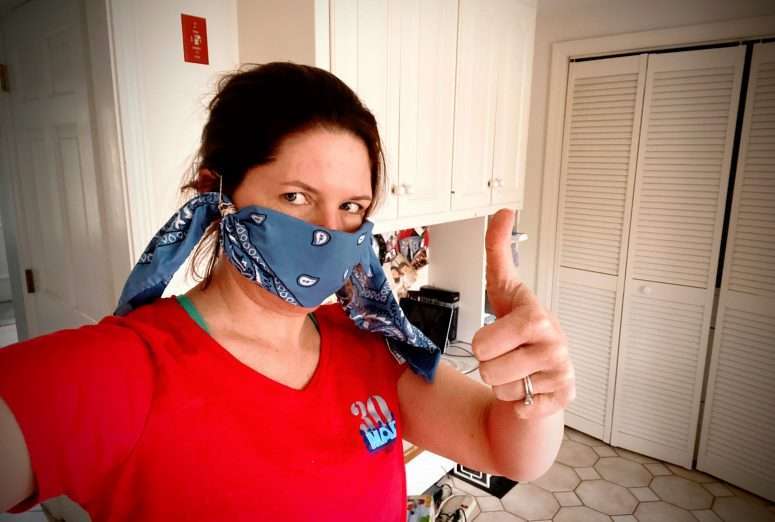 I’ve lost track of Ally’s gang affiliations. She’s so cute they let her into all the gangs. 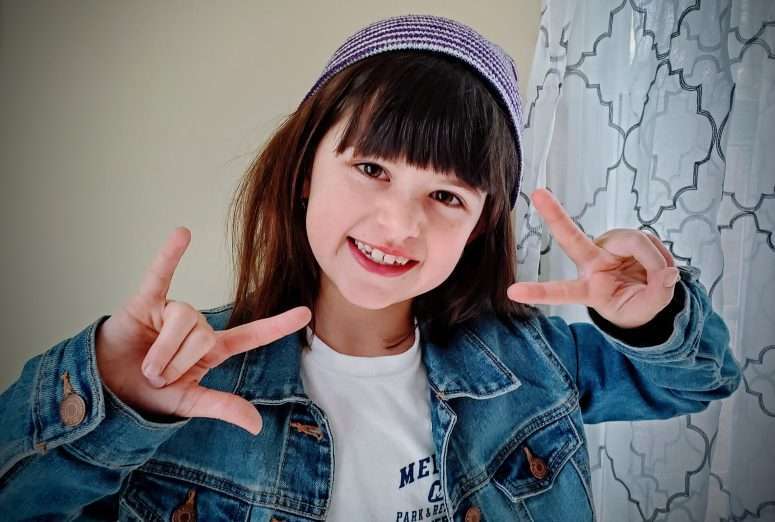 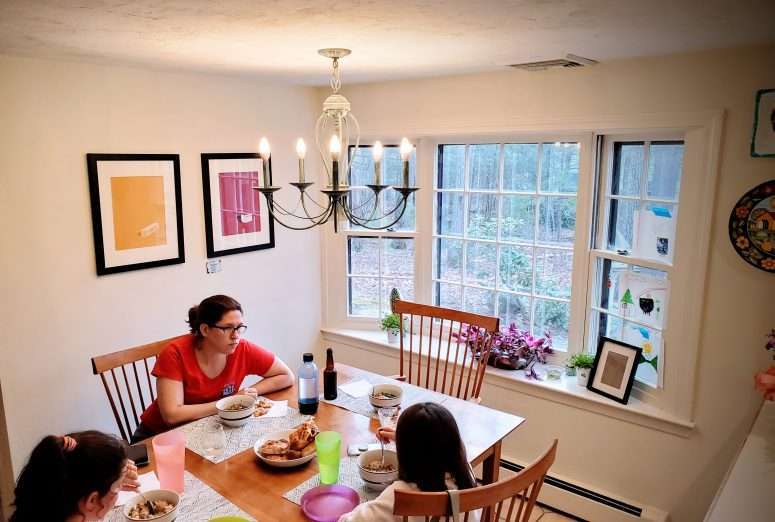 We finished the day with some leftover birthday cupcakes and Ferris Bueller’s Day Off (TV edit version). Ally had no idea what was going on but perked up during the Von Steuben parade scene and was on tenterhooks when he was running home. 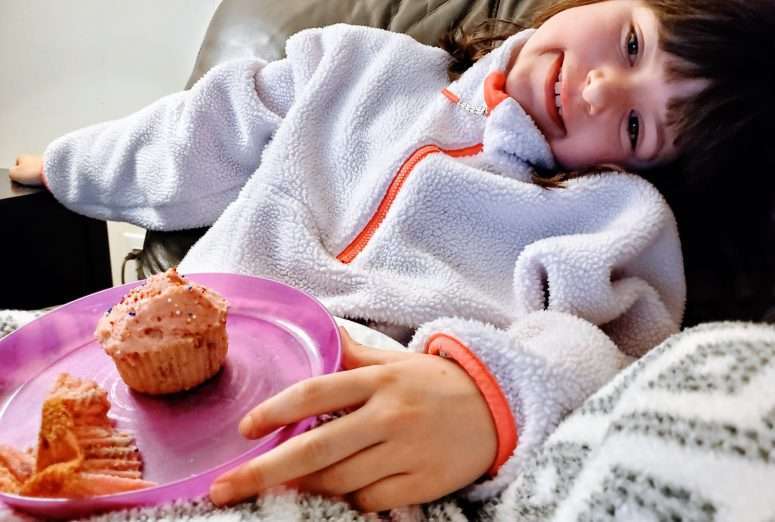 We made it through a rough week 3. “When will this be over?” is now a question I fear more than “Can we watch Sam & Cat?” The simple answer is never, not really, but that doesn’t mean a world full of miserableness and fear. It means finding new ways to be joyous and happy. Even if your kids insist there is nothing for dessert because the Oreo icing is suddenly too hard and accuse you of trying to buy the ‘healthy’ Oreos.

Be safe, stay home, and beware the Oreo Monster…