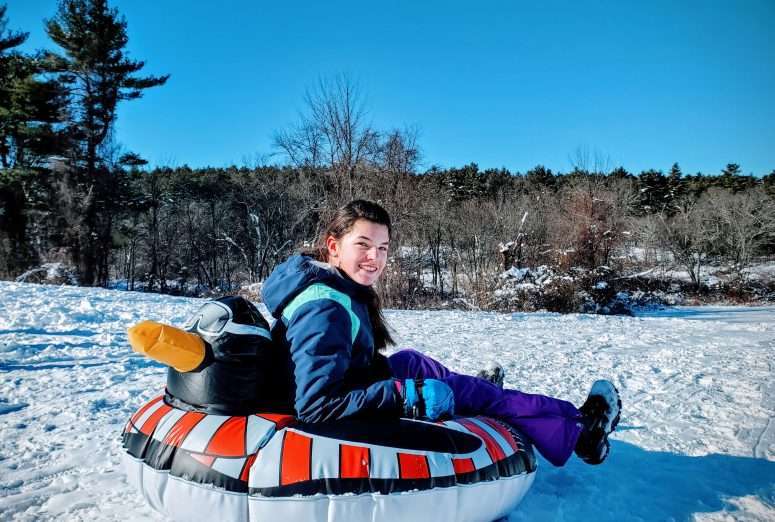 If you’ve got New Year’s resolutions or goals, I hope the first week went well. If not, I hope you were easy on yourself. Progress, not perfection.

If one of your goals was to be a more patient and understanding parent that didn’t say ‘No’ all the time. Well, that snow day on Friday probably didn’t help, but just a reminder that parenting is friggen’ hard.

Remember, Queen Elizabeth found it easier to run the British empire than deal with cranky kids.

Also, if you’re feeling a little down about letting your kids watch Netflix all day and eat edible cookie dough for lunch… don’t be. Most of those parenting rules are just other people making things up. Most modern parenting today is not supported by any data (other than the universal dispersal rate of glitter guaranteeing that it ends up in your bed).

Take it easy on yourself and don’t get strong armed by expectations, Instagram, or other people’s judgements.

There was no time in the morning for the couch and terrible live-action Disney dialogue.

The twelve days of Christmas were over and the Boy Scouts were coming to get the tree.

I think this was our best Christmas tree prep and take down ever. Now that the girls are old enough to pitch in, it drastically reduces the amount of marital strife. We can just blame the kids.

After a brisk and bracing start to the day, Michelle kicked it up a gear and the “non-runner” sure looks comfortable (and fast) on the treadmill.

Post workout, it was an early hours trip to Costco where we stocked up on fish, veggies, and cashews (after some time off for the holidays we are back on the E2M fitness regime).

I’m a little surprised Michelle did not come home with this portable hot tub.

While the snow day tested some familial bonds on Friday, the foot of snow did leave some nice sledding conditions.

We hit one nearby sledding hill right around lunch and the calculus of hunger crank versus crowded conditions worked in our favor. Most people had opted for food, leaving the girls almost alone at the start.

They lasted for almost three hours. Much longer than my fingers and toes were prepared for.

There was a certain lethargy in the practice but they both managed to get their piano done. Ally almost put herself to sleep with Brahms’ lullaby.

We made the tactical error of trying to sneak in a late afternoon transfer station run.

Anything in the last hour of operations is fraught with risk. This is our local version of the bridge and tunnel backup.

The girls had their snow fun, so it was only fair to let Dash get some time, too.

…which led to a very convoluted (but high energy!) one-woman show that involved a British accent, some slang, and some high heels.

I don’t think she’s seen an Eddie Izzard set but anything’s possible with YouTube these days.

The cow was easier to understand.

Finally, the inevitable cider crash landed them back on the couch where they bemoaned Mom’s control of the remote and her love of PBS, Rick Steves, and Escape to the Chateau.