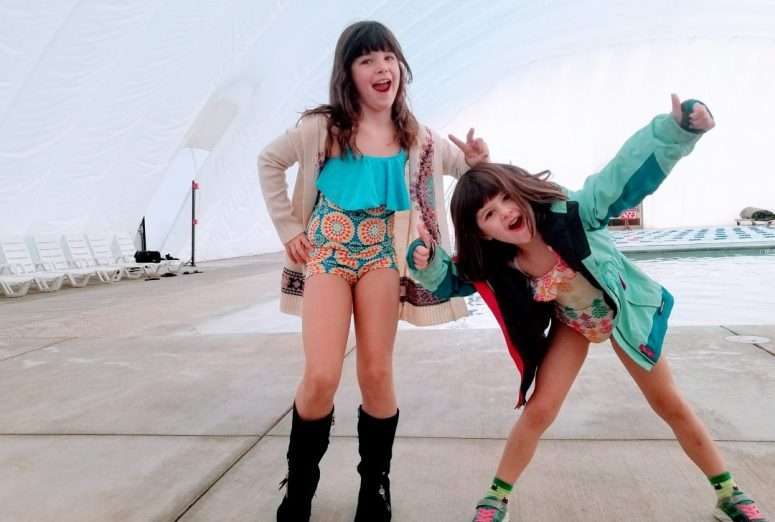 If you ask Ally, her Dad doesn’t like Christmas. For the record, I do like Christmas. I am not particularly fond of Christmas music and I’m really not fond of Christmas music in early November. I’ve had a ‘No Christmas Music Until after Thanksgiving’ rule in our house dating back to ’02. I like to enjoy one holiday at a time. The girls and their enabler of a mother like to try to find opportunities to sneak carols in, but I hold the line. The turkey has to be cool and the mashed potatoes covered in foil before I let those holiday playlists ring.

Of course, we have now crossed the Rubicon and the girls are delighting in assaulting my ears at every opportunity. I can only grin and bear and occasionally threaten to write Santa about their deviant behavior.

After an epic potluck Thanksgiving with friends and a follow-up Friday redux to try to make a dent in the mountain of leftovers, the girls were just gassed. Any time they have an opportunity to watch Netflix and still sleep until 7 a.m., you know they are truly tired. 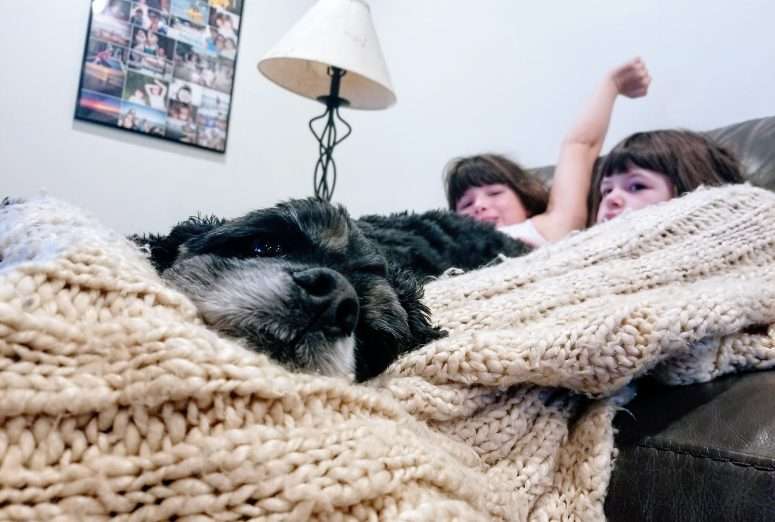 And then Comcast did us a favor and crapped out, so like good parents, we took advantage of the opportunity to talk about overcoming adversity.

It was probably the only time I’ve been okay with Comcast’s unreliable service as we also had a special holiday week Saturday morning piano lesson and it got everyone off the couch and moving. 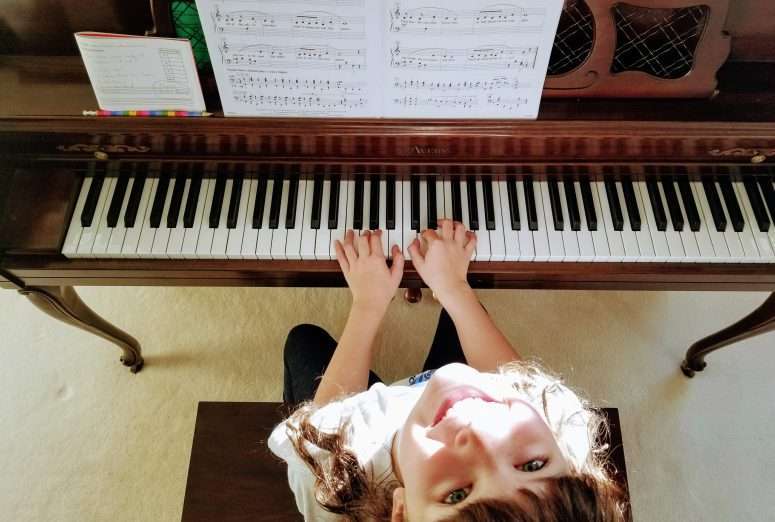 Dash really enjoys greeting Mr. Eric, the piano teacher. I’m pretty confident Mr Eric does not feel the same way, so Dash and I headed out for a walk during Cecilia’s lesson. 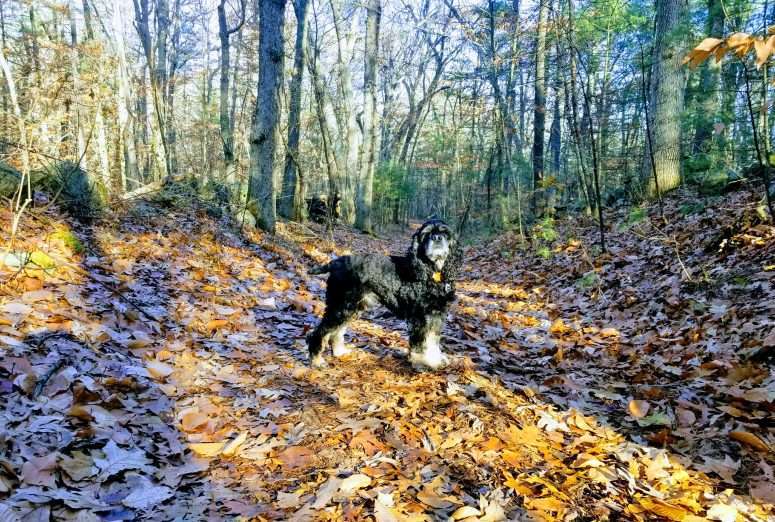 When we returned, there were secret shenanigans going on down in the basement. I was not allowed to photograph. They were preparing something for our anniversary which sounds nice in theory, but in practice I know means a lot of scraps of paper on the floor and all of the tape in the house being used. [Update: in a twist, it wasn’t paper, but a large amount of broken up styrofoam. Go figure.] 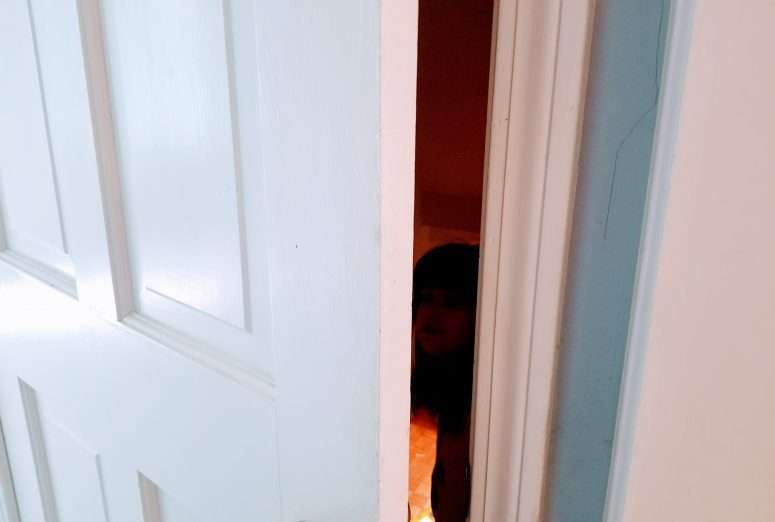 Next, we put the project on hold and headed to the pool. I could squeeze in a workout and hope that the kids tired themselves out enough to fall asleep by six. That would be a good anniversary present. 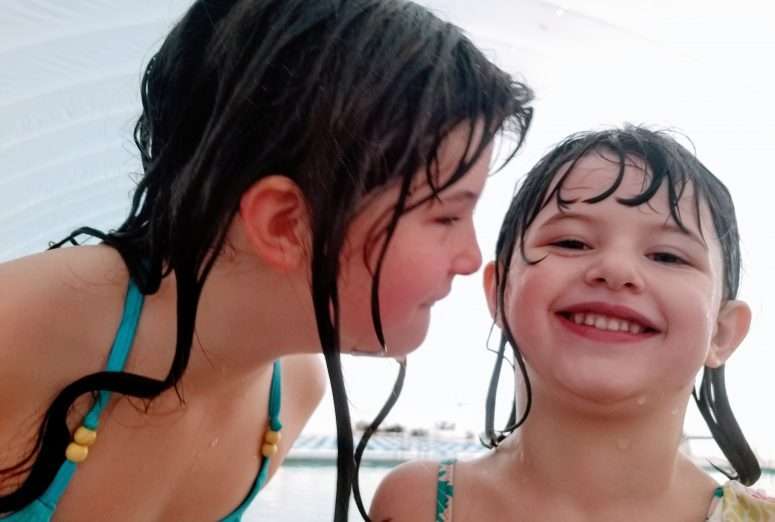 After they’d splashed around for an hour, we did our best to support small business Saturday by getting some lunch at Blue Moon. The kids are still disappointed they discontinued the mac ‘n cheese from the menu, but this time Ally at least ate more than the icing off her cupcake for lunch. I’ll consider that a win. 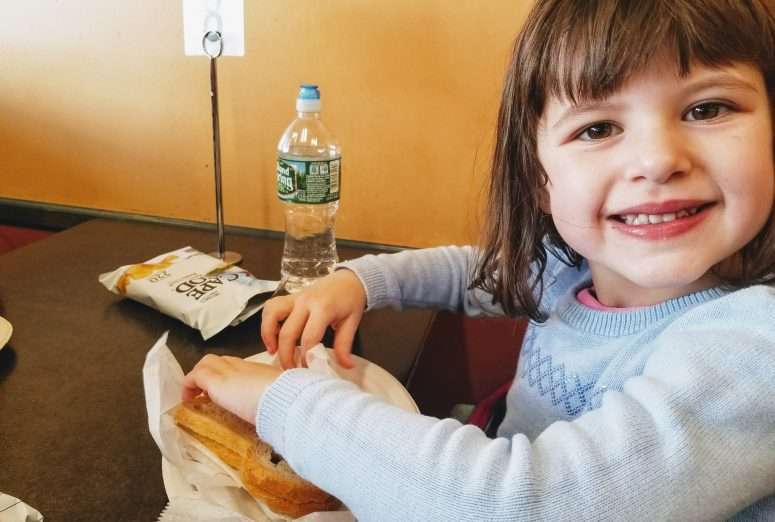 On the way home, we stopped at the library quickly, more for me, than the girls, but they didn’t know that and as long as they can ride the elevator to the kids room they are ok. 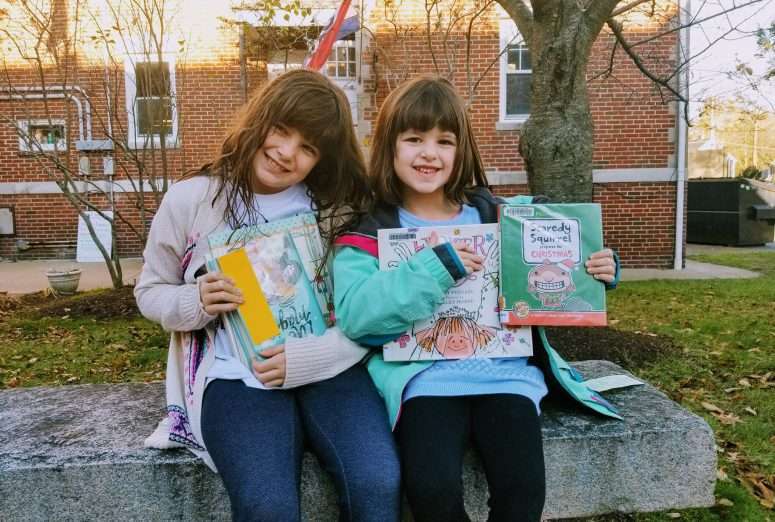 When we got home, I wouldn’t let them go inside for at least an hour. It was too nice and I was still holding out for that six p.m. bed time. They scooted around and used the swing set while I pushed leaves around. 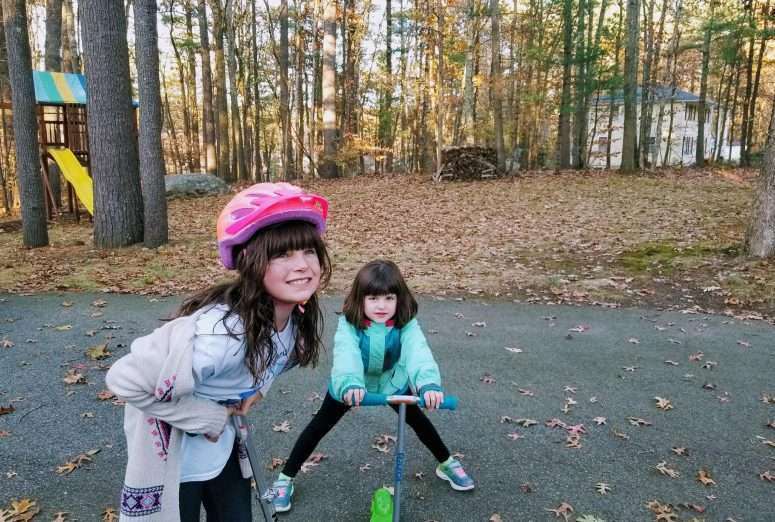 When it was too dark to safely insist they keep using the swing set, we went inside and made more of that magic cornbread that was such a surprise hit at Thanksgiving. 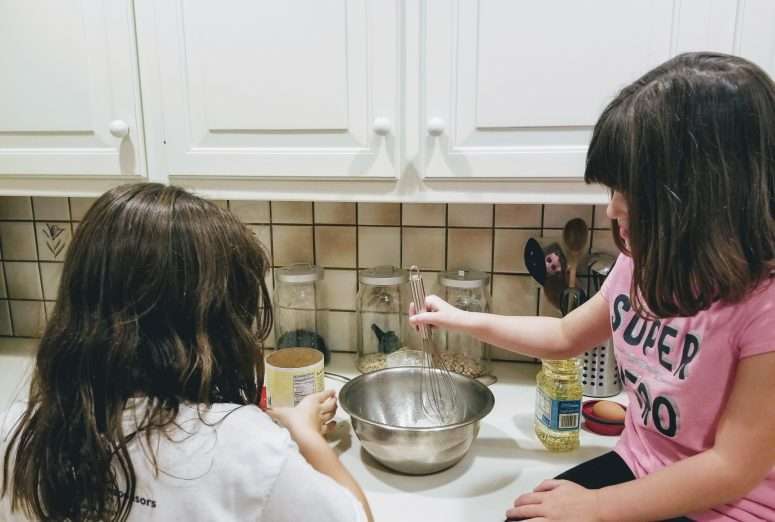 They did a good job with nominal supervision. At this point, I just make sure Ce doesn’t screw up the fractions for the ingredients. She has the teaspoon vs. tablespoon down, so I no longer worry about way too much salt. 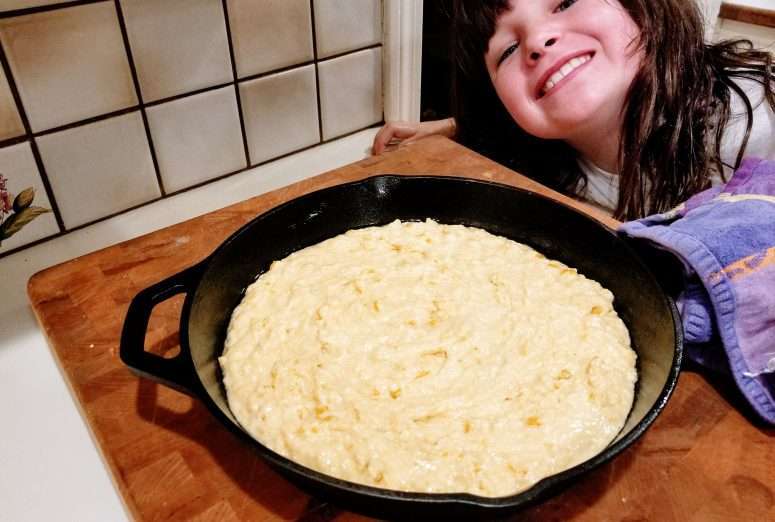 As the bread baked, Mom returned from errands and it was back outside to string up some Christmas lights. 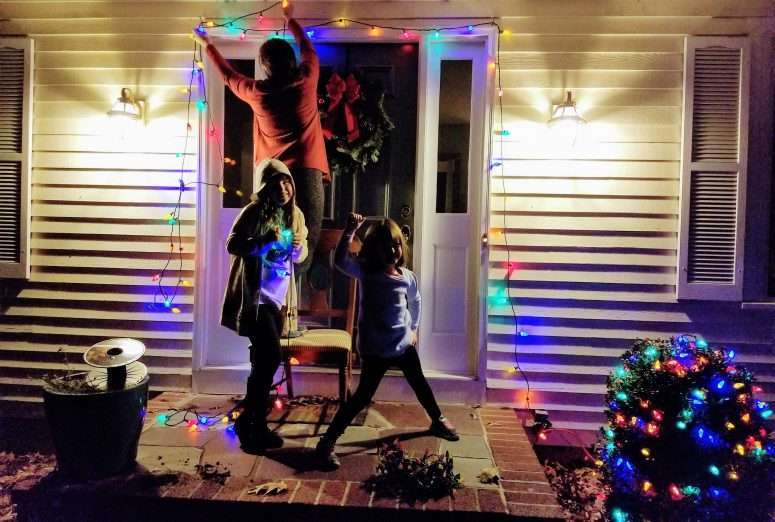 With that chore done, Ally and I hit the couch and looked for a cooking show to watch but had to settle for Triple D. You can see Cece is horrified. 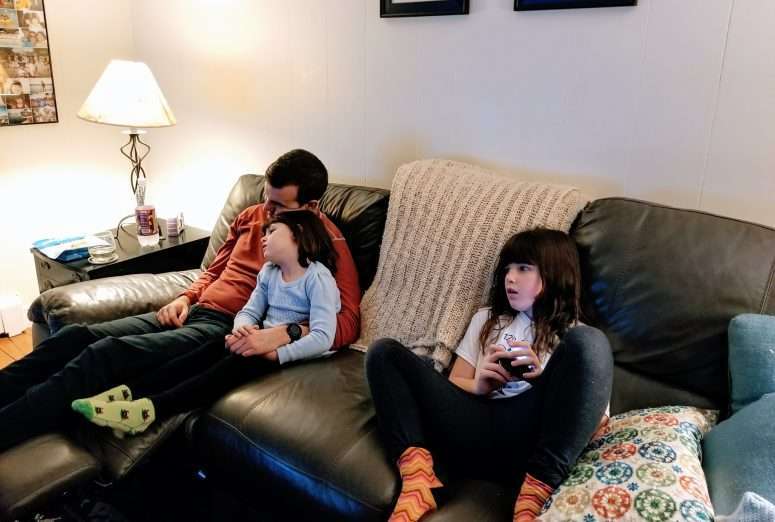 Spaghetti and cornbread for dinner. Ally was delighted. That cornbread recipe is pretty good. 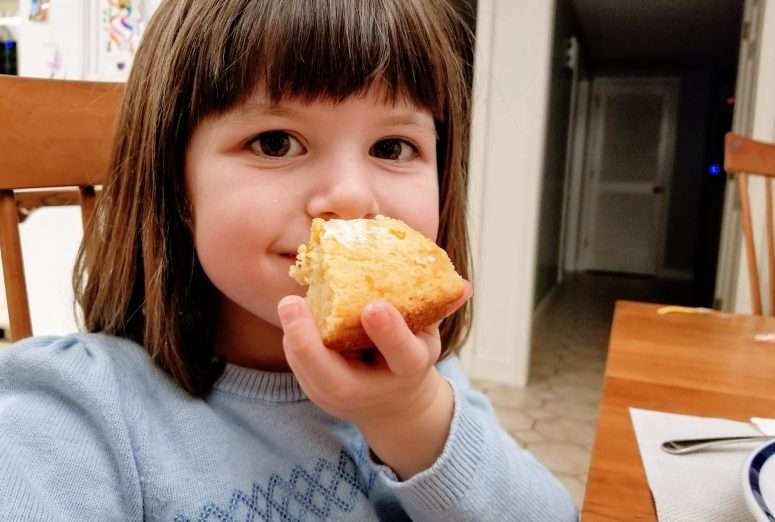 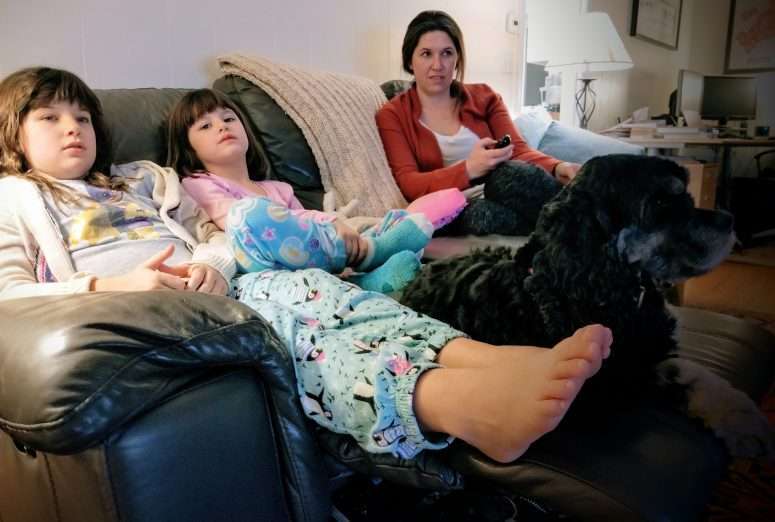 Writing this up with the Celtics game on mute, the lights mostly off and the house quiet, it does occur to me that I like at least one traditional carol, Silent Night.