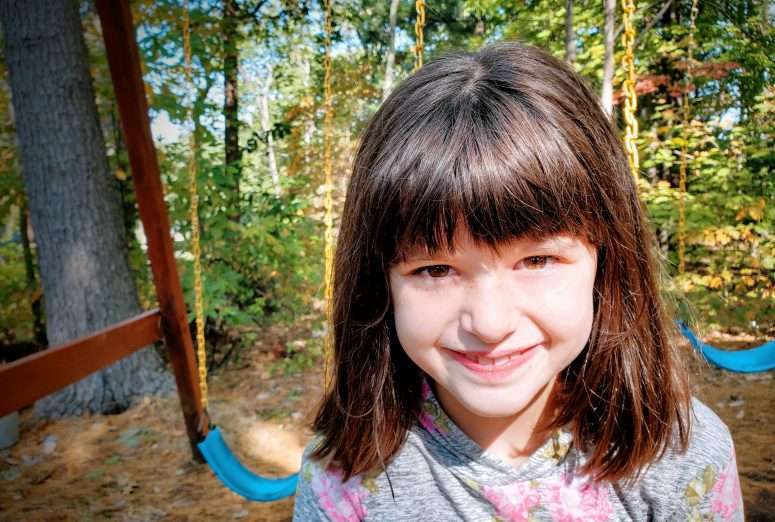 I promised the girls that I’d make an apple crisp this week. It’s likely I said it during a Sunday afternoon napping haze but I said it. Ally, you won’t be surprised to learn, loves the gooey fall dessert. But then the week got busy. She asked about it on Monday. Then Tuesday. Then Wednesday.

But we also tell them little things. That we’ll take them to the park. That they should pick up their clothes. Or finish their broccoli. Or that you’ll make an apple crisp this week.

It seems like an easy thing to say at the time, a small promise, but the small ones are just important as the big ones. If you conveniently forget a small promise, how can they trust your word when it really counts? The small ones build trust. As we inch closer to the teenage hinterlands, I think I’m going to need to stockpile all the trust I can.

So I made the apple crisp. And it was good. And this mean my kids will never miss curfew and stay out of reform school, right?

We didn’t started the day on the couch but in the bathroom. Hair care is becoming a frequent topic in the house. 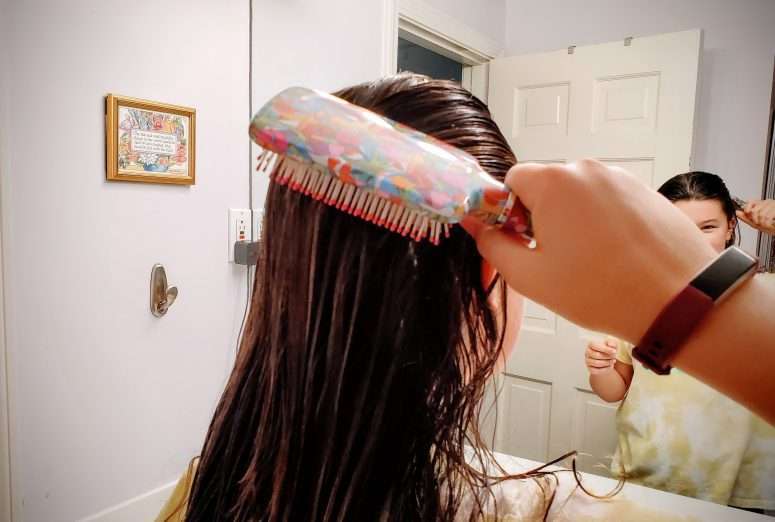 Not totally sure what Halloween will look like (candy chutes? zip lines?) but the house will be decorated. 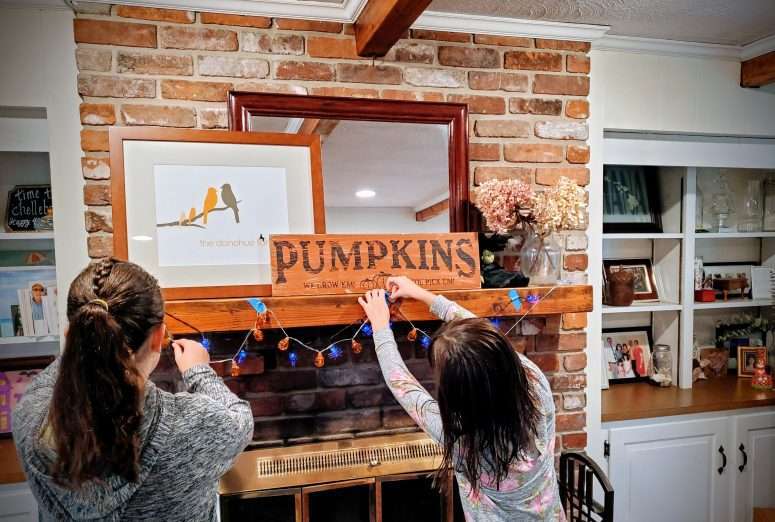 Michelle was out this week for a ladies getaway birthday party weekend. I received gleeful pictures throughout the day. 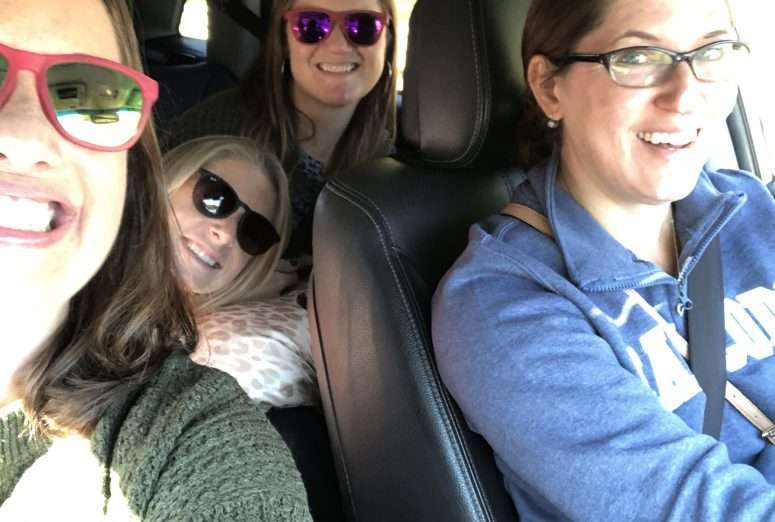 The negotiations around who is going to pick up the poop and who will carry the poop typically take longer than the actual walk. 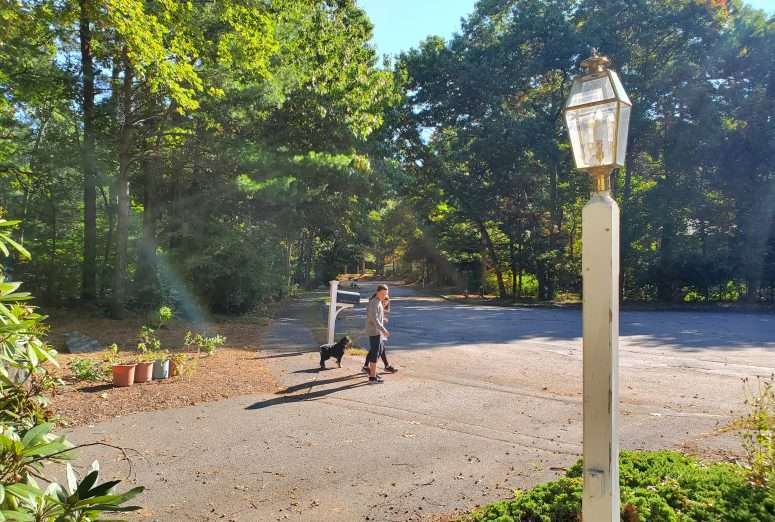 What do you do when left with the two kids and a dog for the weekend? Get on the phone, of course.

Waiting for Grammie and Poppy to arrive. 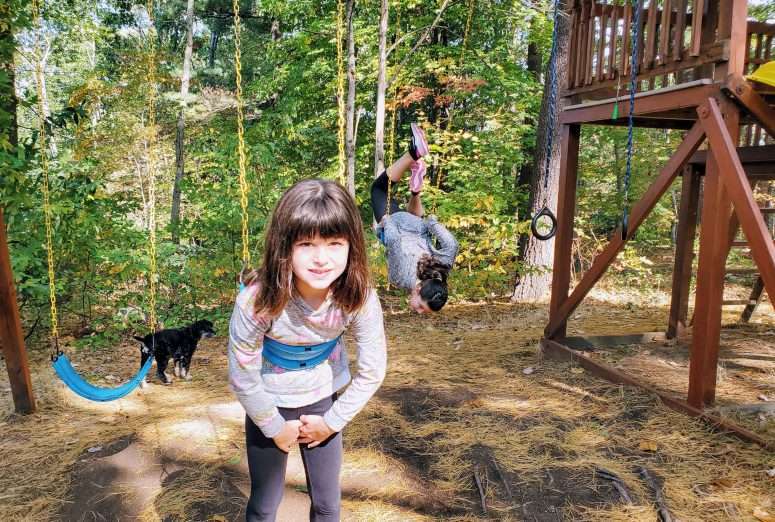 A Grammie visit means there is going to be some Kohl’s cash to splash around. The style and color differences in their fashion choices is always interesting to observe. 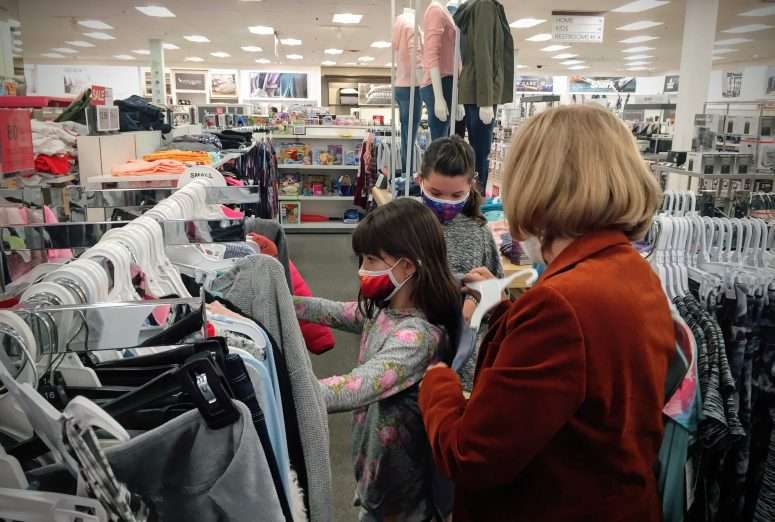 Grammie also means it’s cookies with a side of lunch. A perfect afternoon according to Ally. The girls did not like me pointing out that technically the bread was actually their dessert. 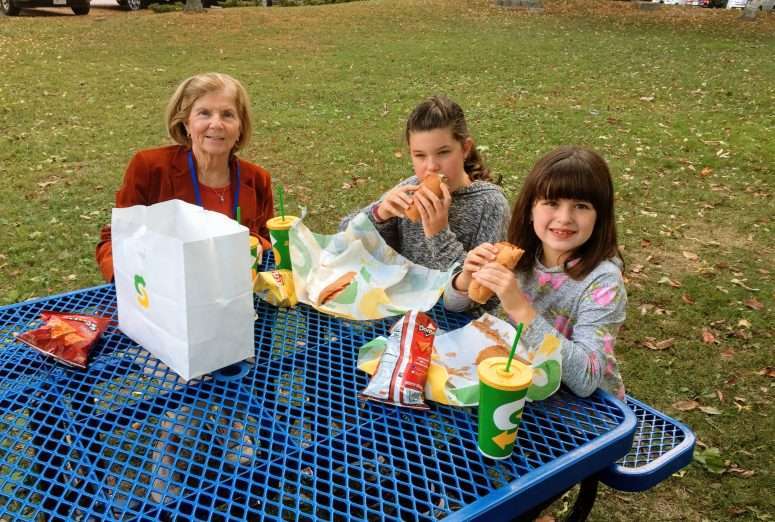 I’m mostly immune to the fall pumpkin spice mania except for cookies. These are pumpkin oatmeal chocolate chip. Yes, I am also enabling Grammie’s addiction. 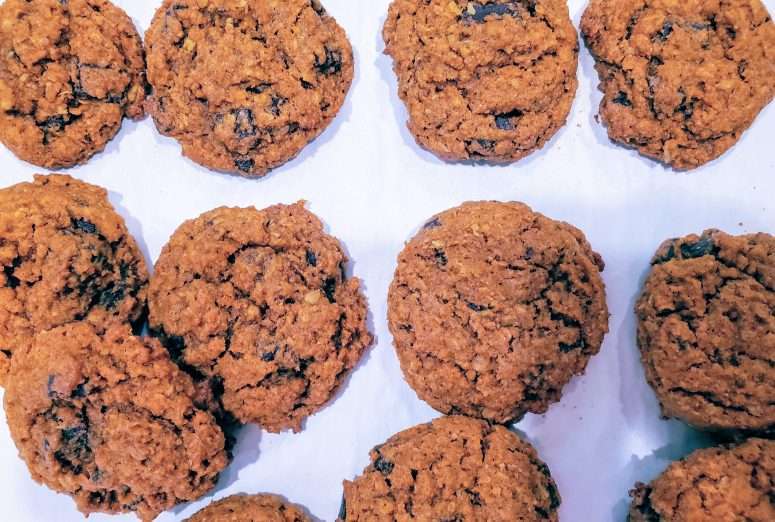 Cecilia still plays dolls with Ally but is increasingly interested in creating the complex situational backstories of the characters. 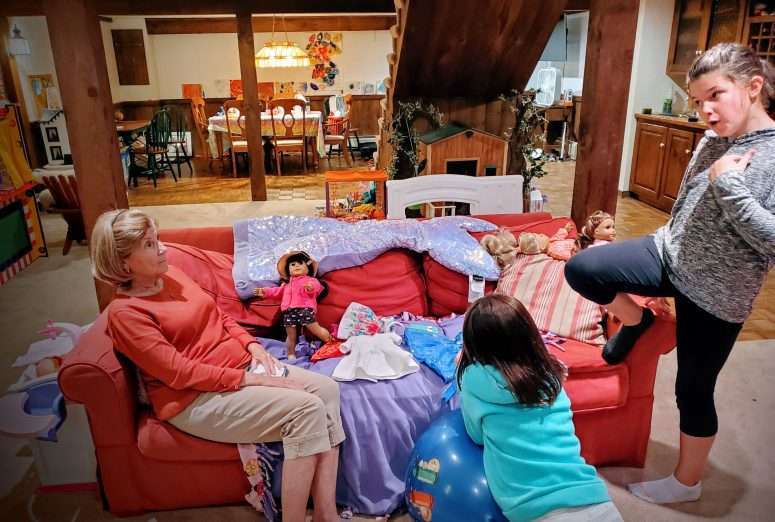 Let’s check in with Michelle. Champagne in the afternoon. That’s a sign of a good day. 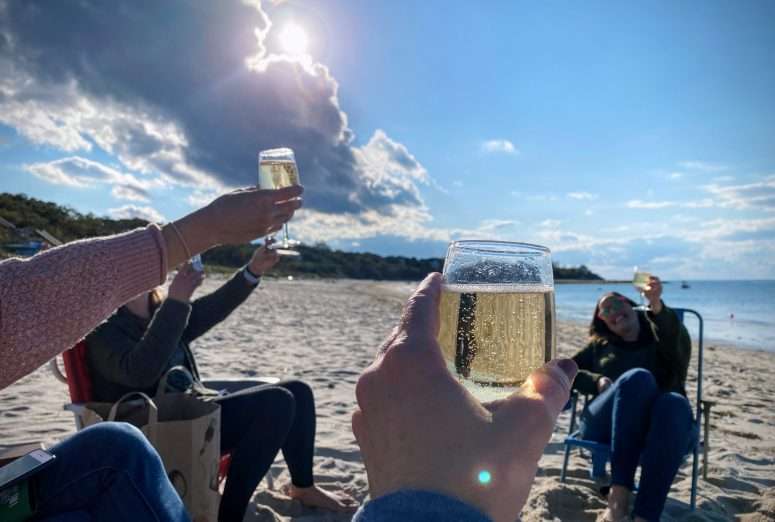 I guess you can’t write about visiting the local beer garden for four weeks straight and then not take Poppy. It would be like having the cousins visit and not go to the transfer station. 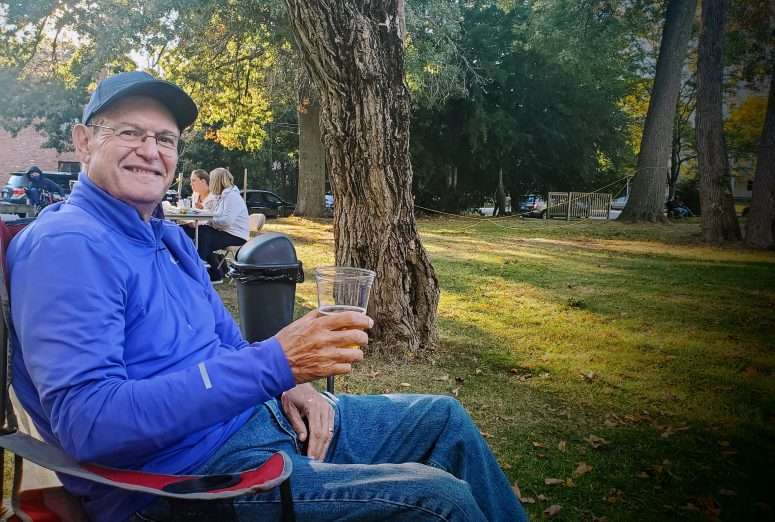 Back at home, we are inching our way toward making bread. This week we are worked on all-butter biscuits. Wax on, wax off, grasshopper. 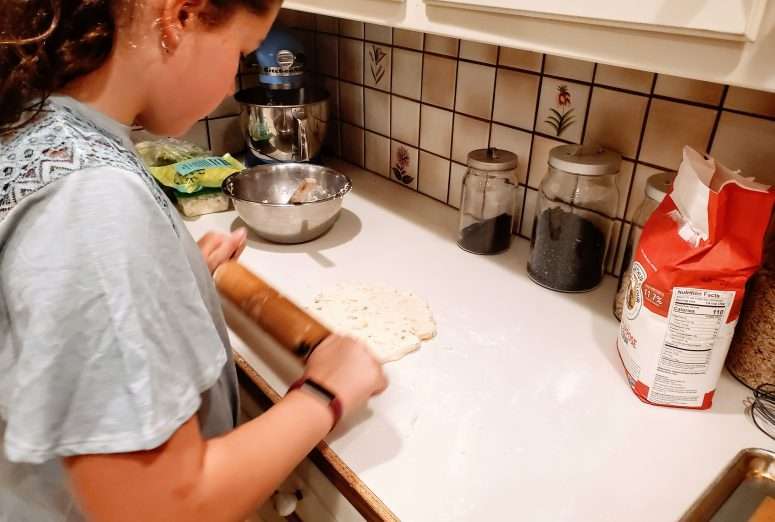 We finished the day not with apple crisp (that was long gone earlier in the week) but with more cookies and finally some couch time. 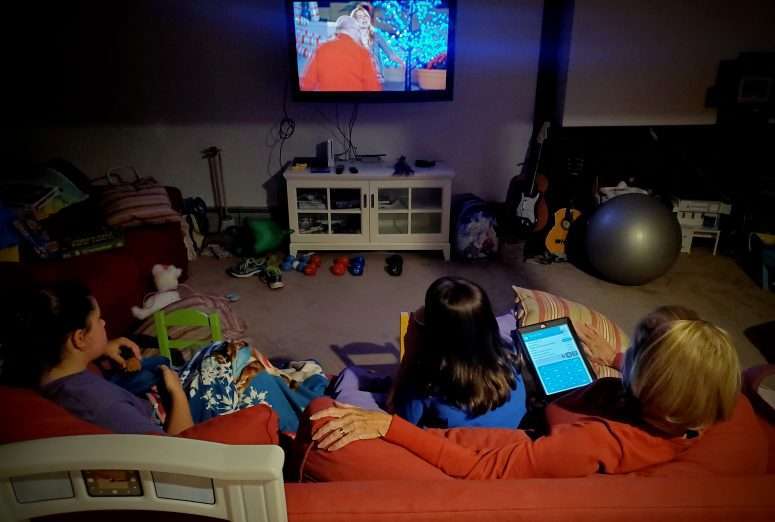 It’s not a Saturday without some crumbs in the couch cushions. Still better than glitter…