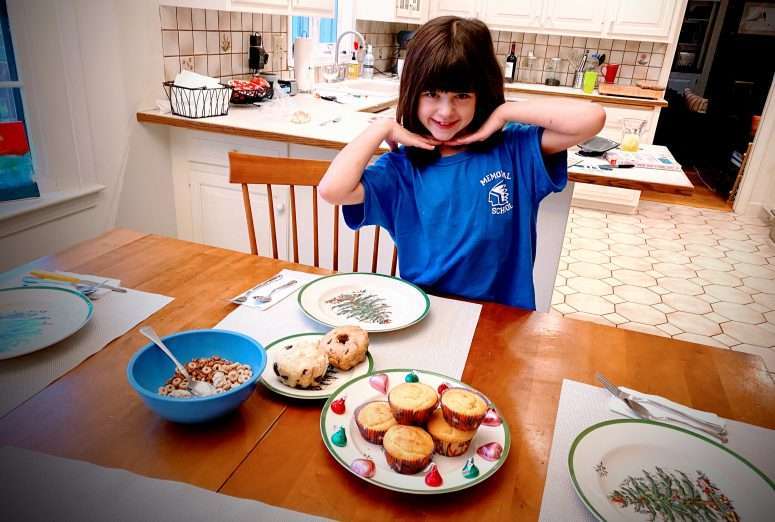 The girls started back to school this week and Cecilia had a rough re-entry. Maybe it was a holiday hangover. Maybe it was just this lingering cold that won’t quit. Maybe it was something else. Whatever it was it was immediately clear she wasn’t her normal self when she returned to the house Thursday afternoon. She was moody and mopey. That might be the new normal in a couple years but right now she’s usually pretty happy and resilient.

I immediately jumped in Dad problem solver mode. This is what I do. I have valuable life experience. I was an introverted moody kid. I can probably handle this and ice these cupcakes at the same time…I immediately hit a brick wall. This will also likely become the new normal soon. Hanging out with your Dad (especially when he has a world-famous blog) is not high on many pre-teens’s to-do list.

I realized that I’m going to have to learn that moods and feelings are not problems for me to solve. They are facts. They are, in some way, announcements. It’s an impossible task to try to stop my kids ever being moody or heartbroken or angry. What I can do is listen to them. Try to hear them. And try to understand. No more. No less. Continuing to ice cupcakes probably won’t hurt either.

It was all smiles to start the weekend at least. Cecilia would like me to remind you to please fill out your quiz and all the other 2004 related links or memes she might have sent you in the last week. 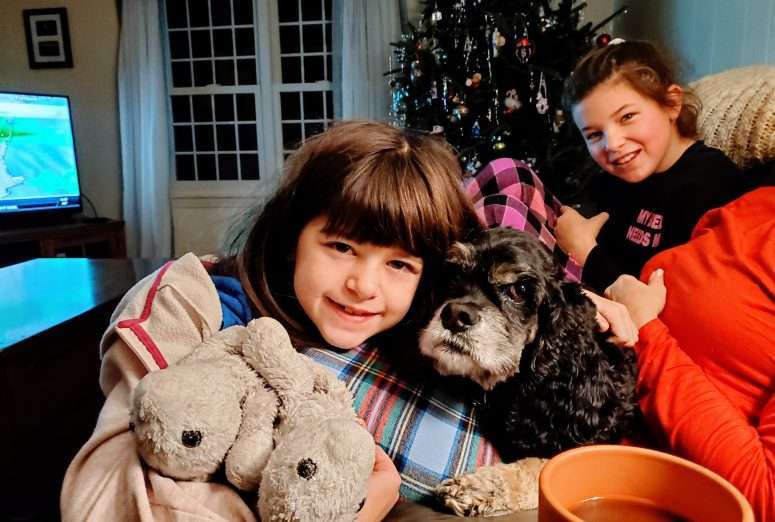 Actually quite temperate for a January morning run. Like 75% of the rest of the country, I went back the gym this week and have spent the last few days hobbling around like a newborn giraffe. A good reminder I need to maybe run less and hit the gym more. It was a painful seven miles but better at least with friends that would listen to me complain. 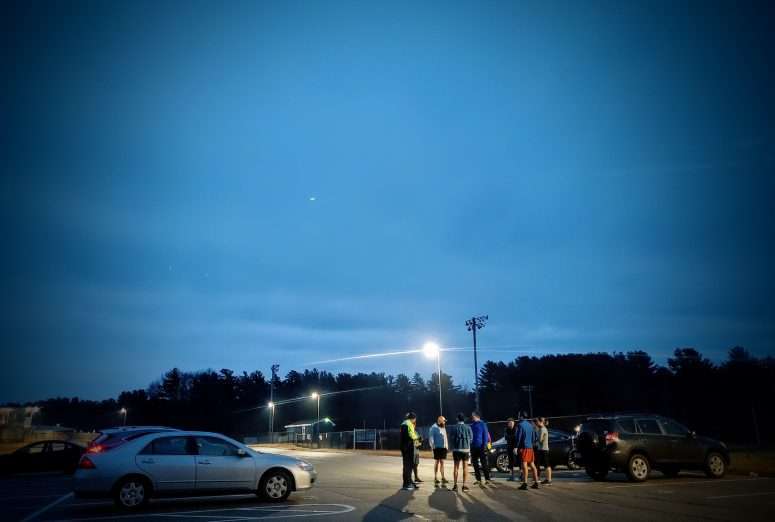 I returned to find Ce hacking a box of Jiffy corn muffins. We didn’t actually have the scant ingredients needed (a sure sign we need to go grocery shopping) so she improvised. 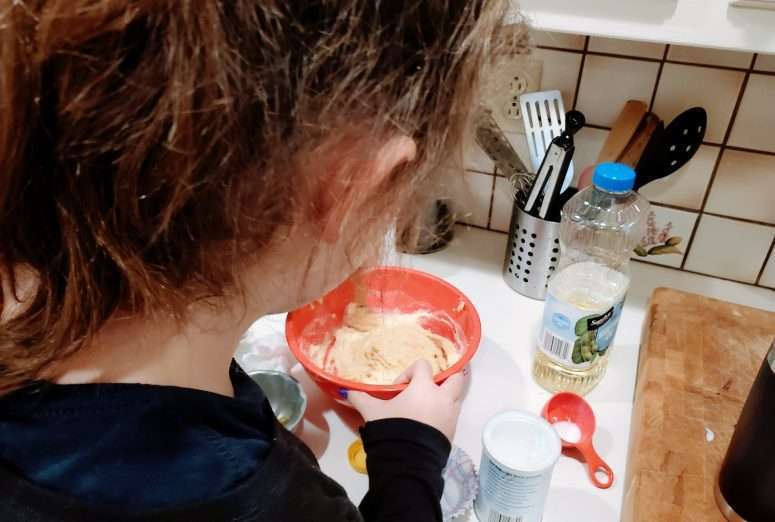 Ally also improvised….something. It did not come out quite so well but both girls did clean up so I couldn’t complain. 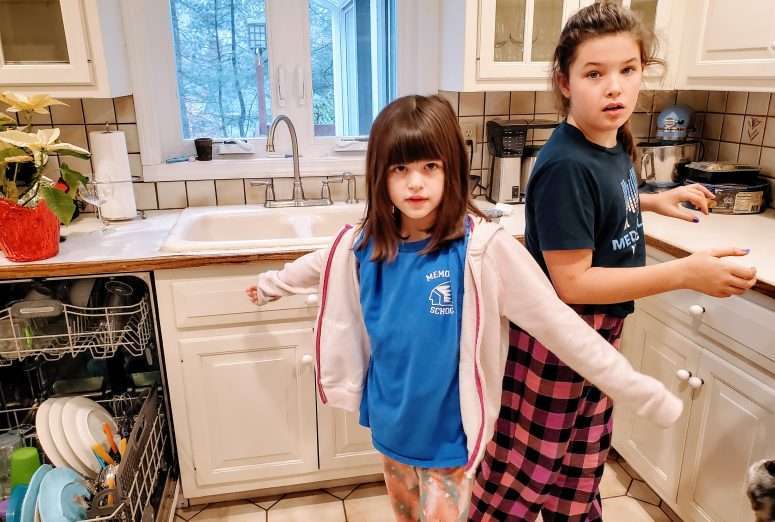 We are finally joining the cable cord cutters so I had to take the last annoying step and return the cable card which just so happens to be in one of the most congested and crowded nearby areas. I rewarded myself for completing that task with stopping at a book store. 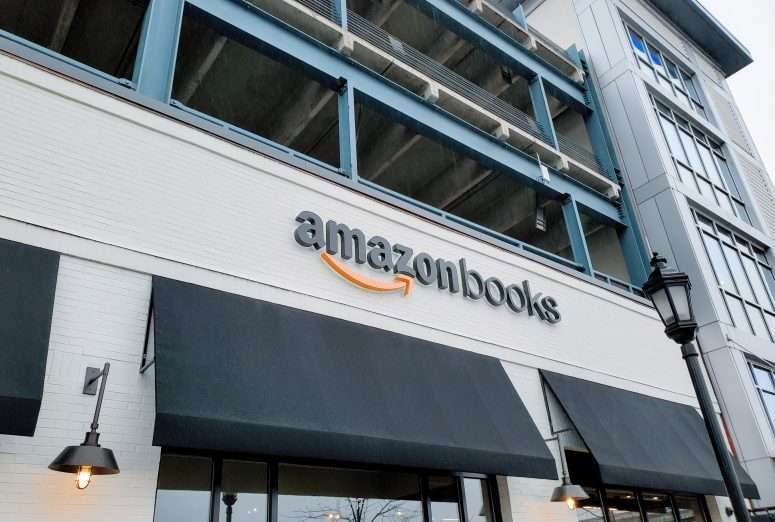 Where the first book I saw was this one. Not sure how we avoided reading it all these years. His butt has a crack obviously he needs a new one. Almost made the drive into retail hell worth it. Definitely made me smile. 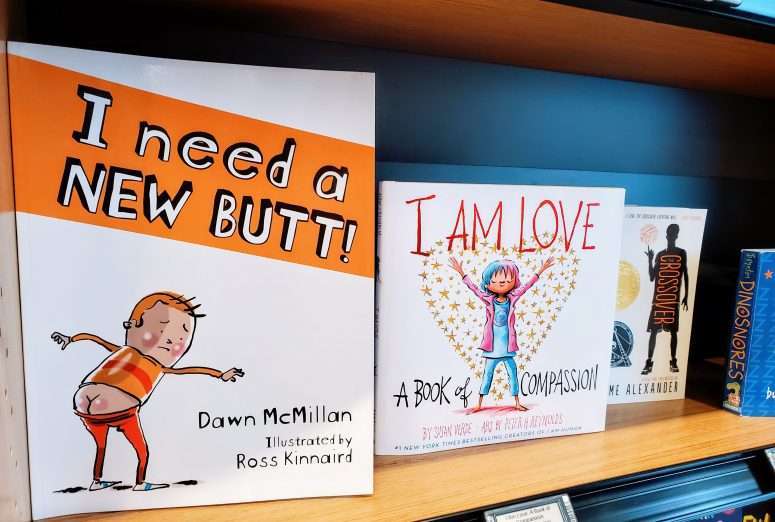 One the way home, because I might have a problem, and needed to browse more books, I stopped at the library. I won’t bore you with more pictures of books but did discover this old-school cinder and crushed gravel track nearby. The world’s knees and joint needs more of these. 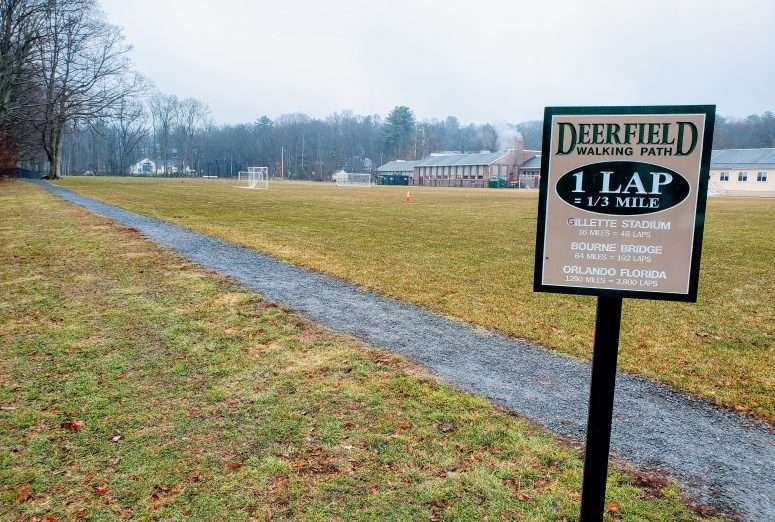 Meanwhile, back at home, Michelle was in her element as putting away the Christmas decorations presented a ready-made task list for the day. 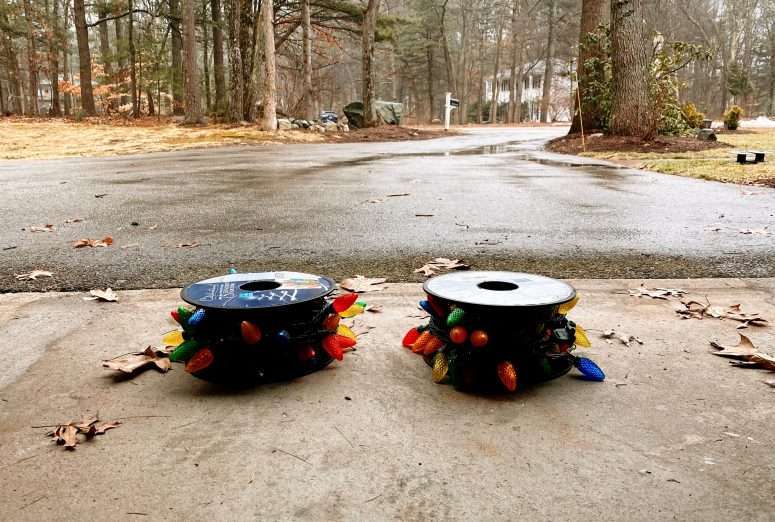 Dash couldn’t understand why he too was forced out in the drizzle. 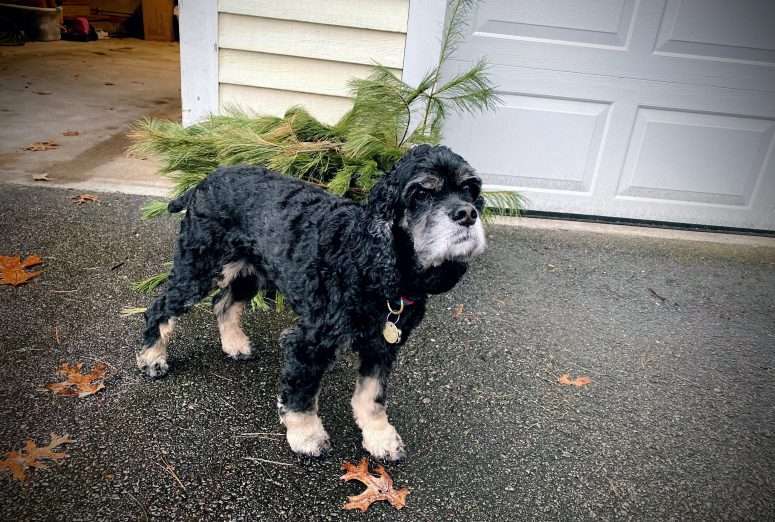 Ally is discovering sometimes being a big kid involves work on the weekend. Maybe growing up isn’t all about ipods and borrowing Mom’s clothes. 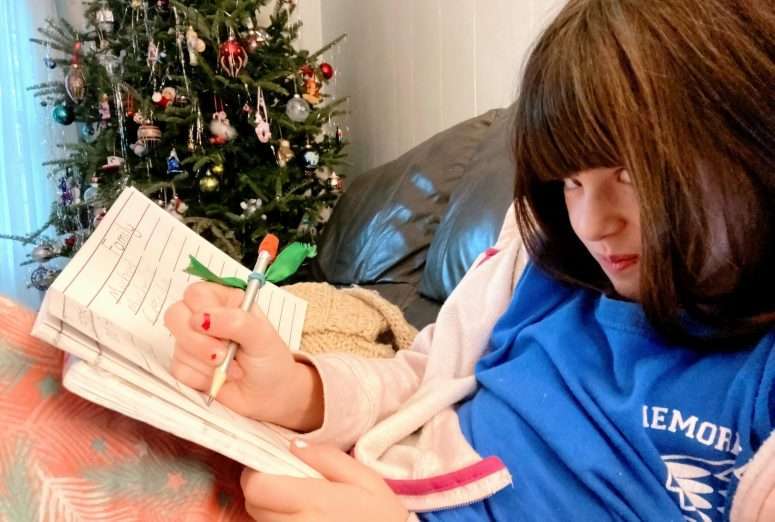 Much to my relief, we are finally out of the thicket of practicing Christmas carols. 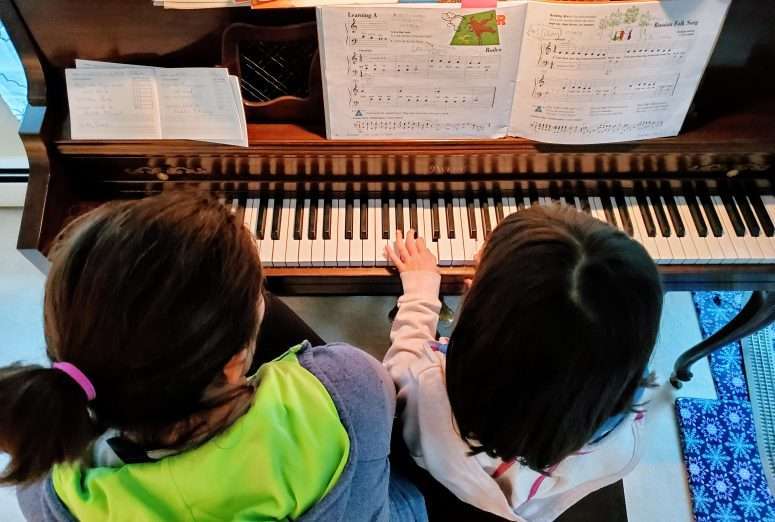 But not out of Christmas baking. I had the end of the enriched dough from the New Year’s cinnamon buns to use up. The girls were disappointed to learn that icing doesn’t traditionally accompany challah bread. 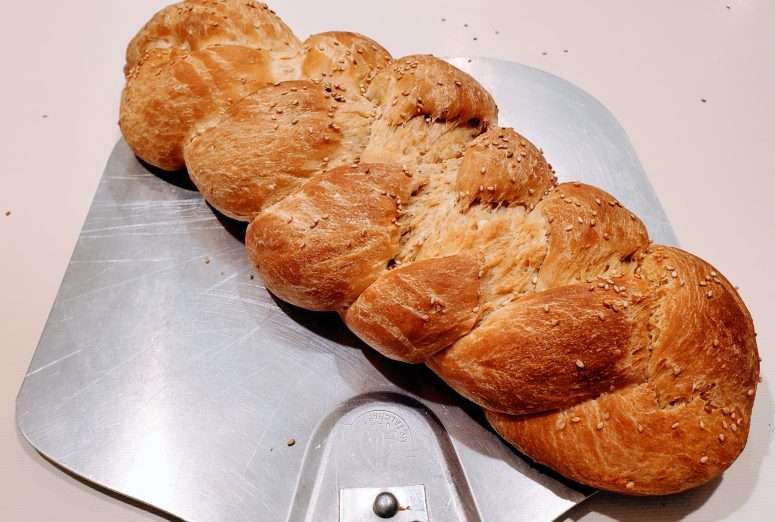 While we muddled around the house, the girls’s afternoon was consumed by play dates. One home and one away. [Note for town dump fans: no pictures but it was Styrofoam collection day at the transfer station. The Styrofoam collection was appropriately surly when Michelle showed up 10 minutes past the deadline.] 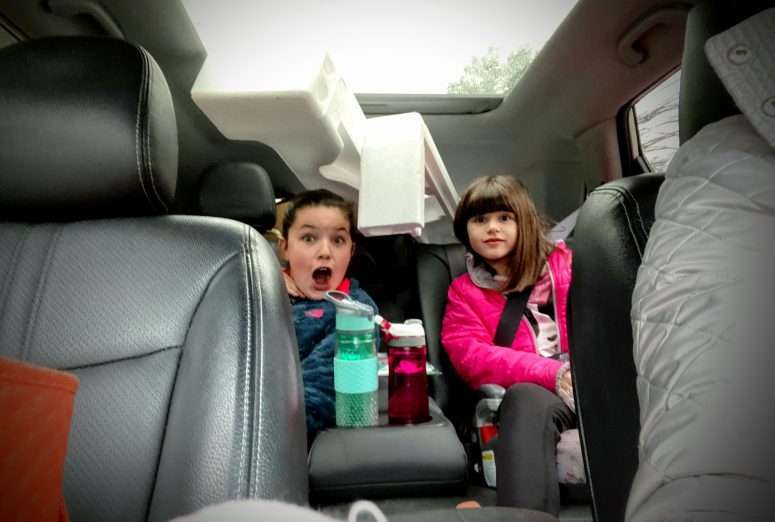 Ally made sure to play all her favorite hits at our house. They started with sugar. 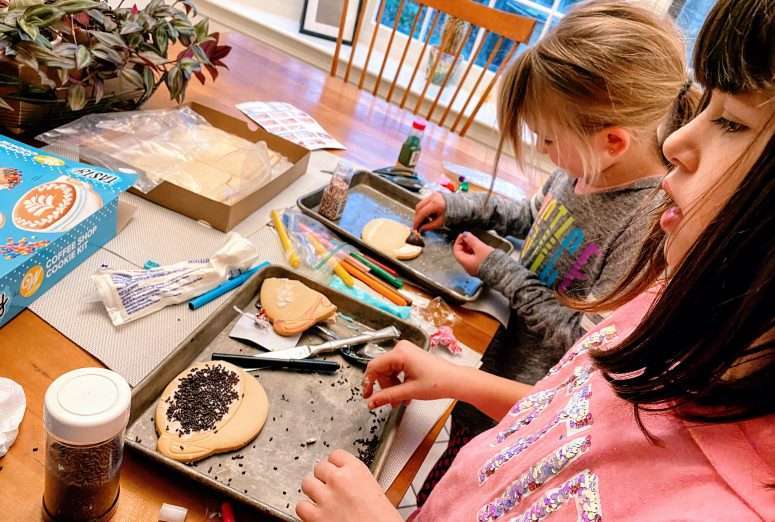 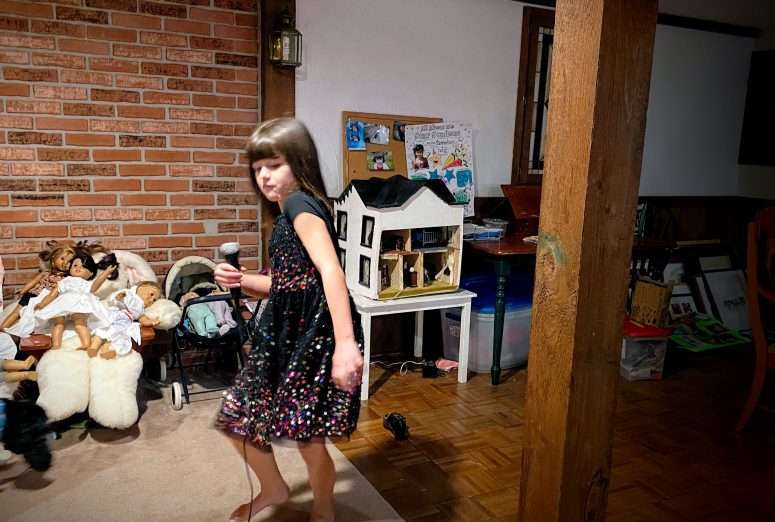 After dinner, we returned to the couch and finished the day with some Steve Guttenberg and the Olsen twins in It Takes Two. A movie about two unrelated but identical girls that get their parents to marry. Not to be confused with all The Parent Trap movies about two identical sisters that get their divorced parents back together. Totally different. 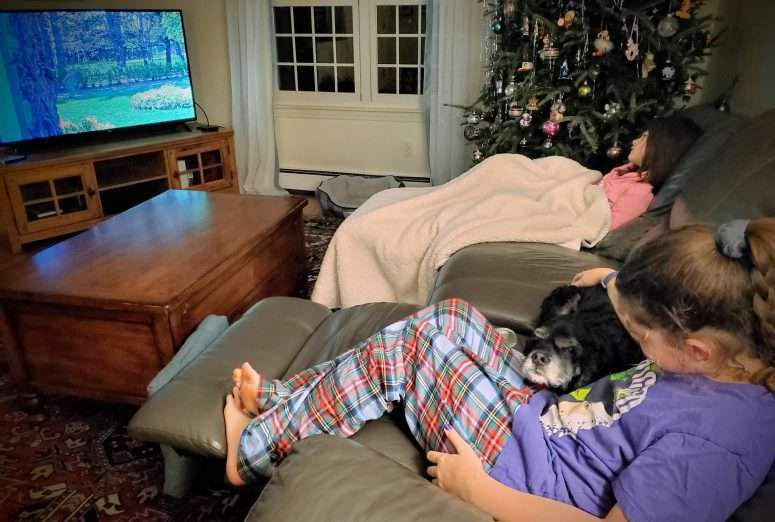 I’d say more but it turns out this would have been a much more pleasant and banal way to finish off the day than watching the football game.
MIKE'S WINDOW
Share
bookschristmas decorationscooking