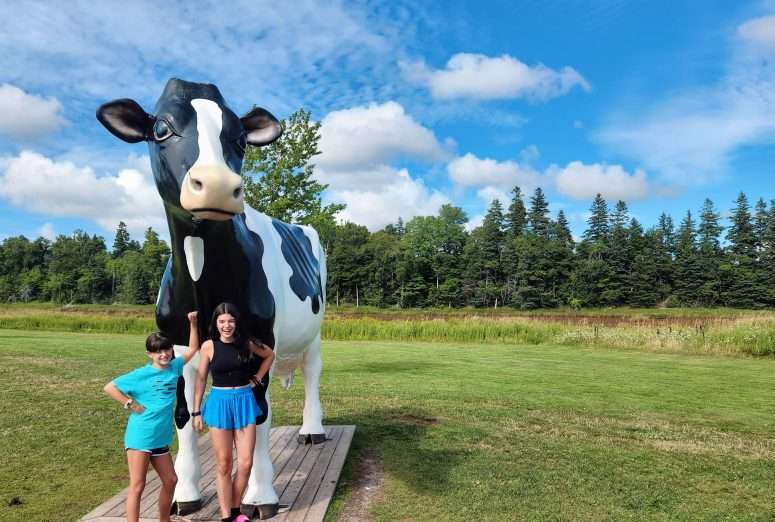 The kitchen reno is well underway and we are escaping the dust and chaos for a week’s vacation. There was just too much temptation for Michelle. Power tools everywhere.

With the end of August approaching, the girls wrapped up their last set of summer music lessons. I didn’t have to tell them to practice every day, but more often than not their was some Dad nagging. This parental prodding often led to huffs, puffs, eye rolls, or worse.

This self-flagellation for discipline, even to do good things, is tough. Sometimes it’s necessary, of course, but it’s difficult to maintain for any length of time. What does work? For me, it’s curiosity. It’s remembering the things you’re trying to force yourself to do are often things you find fun or satisfying. At least you did at one time. Once I managed to change my outlook on my daily tasks, whether they are writing, exercise, design, or baking, as things I’m curious about then they often become a lot less onerous.

Oddly, once i started doing this, my days often looked much the same as they did before but they now feel a lot different.

Yes, sometimes things still need to just get done. I don’t find paying bills or vacuuming all that curious, but instead of bullying yourself to get things done, try being disciplined about things that bring you joy. You’ll feel a lot better.

I only learned this recently but hope the girls can learn it a lot sooner.

First rule of a PEI vacation? To get to the land of Green Gables, it’s an early start.

It’s a long drive to get to the island but unlike the drive to Jersey, it’s not a stressful drive. There are long stretches of not seeing another car.

Or of seeing highway signs that warn of loose cows potentially near the highway.

We made it to our favorite Maine truck stop diner for some blueberry pancakes and giant cinnamon rolls.

Michelle was also almost overcome with seeing the diner regulars that were spoofed in SNL. Cecilia had to stop her from asking for an autograph.

After the carb and sugar fill-up, it was more driving and then over the border where Michelle has a history of talking nervously to the agents but this year we made it through unscathed without unleashing any Dad jokes or what she believes is accurate French.

Almost twelve hours, one time change, and some French pop radio, we made it onto the island and, after three years, finally had some fresh, hot handpies again.

I’d sort of forgotten just how tasty they are and still think they’d make a great shop in the US.

The girls reminded me that the only proper way to follow up a handpie lunch is with some Canadian ice cream.

After grocery shopping, the early start caught up with Ally.

But that early start is worth it.

After pandemic cancellation and delays, we made it back to the house and the big porch view.

Have a good Sunday, eh?