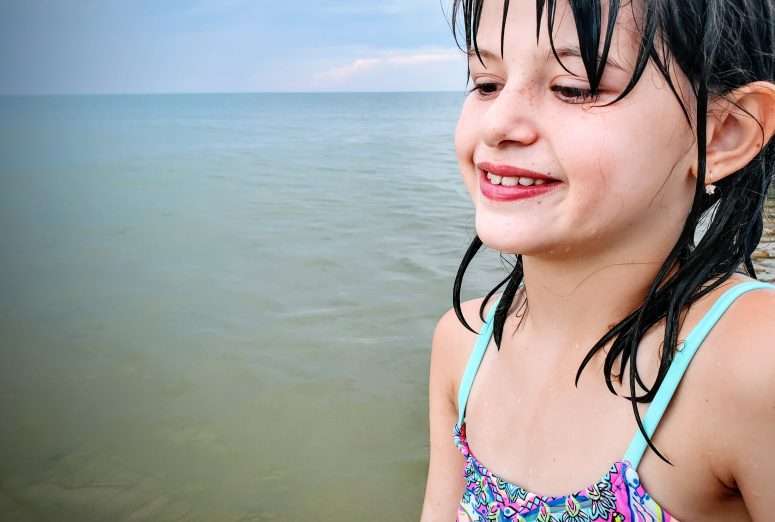 The girls made a cake this week. On one hand…no glitter. On the other…so, so many questions. I had to work really hard (and wasn’t always successful) to not shut them down or freak out that they didn’t know to take out the butter and eggs hours earlier. Room temperature doesn’t happen by accident, kids! I took a deep breath, suppressed a shudder when they almost used salted butter in the recipe, and let them ask.

This is what I wanted as a parent. Not only do I want to teach them there are no stupid questions, but to go further, and understand you only become smarter by asking questions. Asking questions should be a lifelong process. Too many adults stop asking questions. Curiosity doesn’t kill us. It shouldn’t embarrass us. It should makes us better. All learning starts with admitting your ignorance.

So, I swallowed down the abhorrence at the thought of using unsifted flour in a baked good and was thankful I was raising ‘why’ childs.

We made a rare Friday evening drive down to the Cape so we started Saturday… on the couch. Gotta have routines. 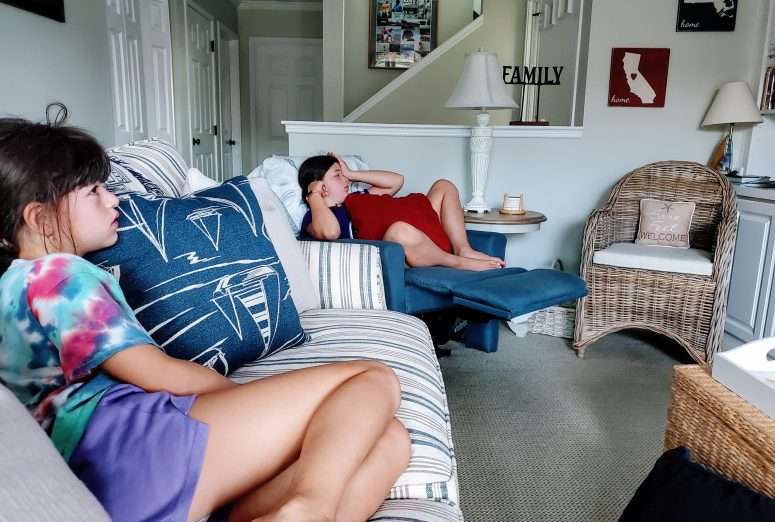 By the second cup of coffee, Michelle had had enough of the inane Disney shows, commandeered the remote, and flipped to Animal Planet under the guise that it at least had the window dressing of being educational. Oh, it certainly led to questions. Five minutes after this photo, she realized it was a show all about the challenges of getting the zoo bears to mate. 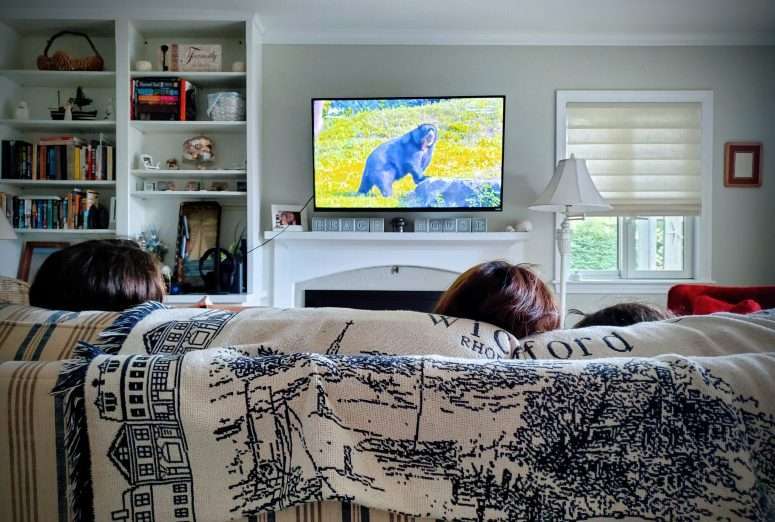 Ally was delighted to discover that they made chocolate chips in even larger bags! So many possibilities. Enough for breakfast, lunch, and dinner. 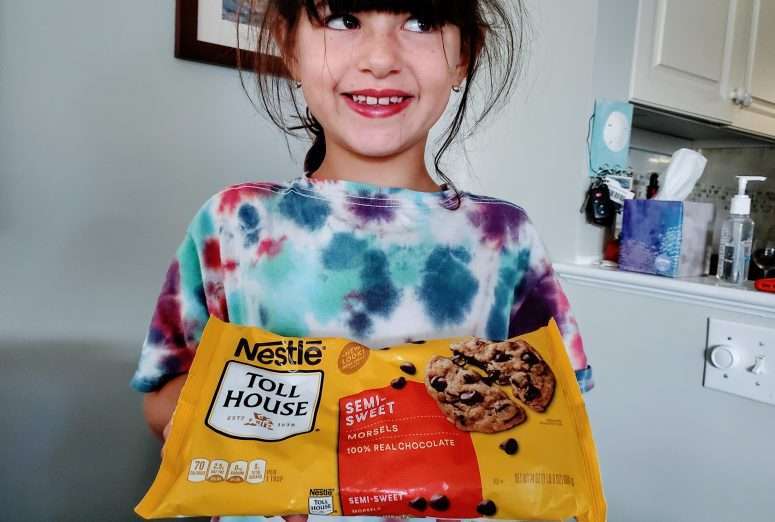 Cecilia is perfecting her resume for that job at IHOP. A little dark on the edge but she’s not working with her home oven. Her recipe is pretty tasty. 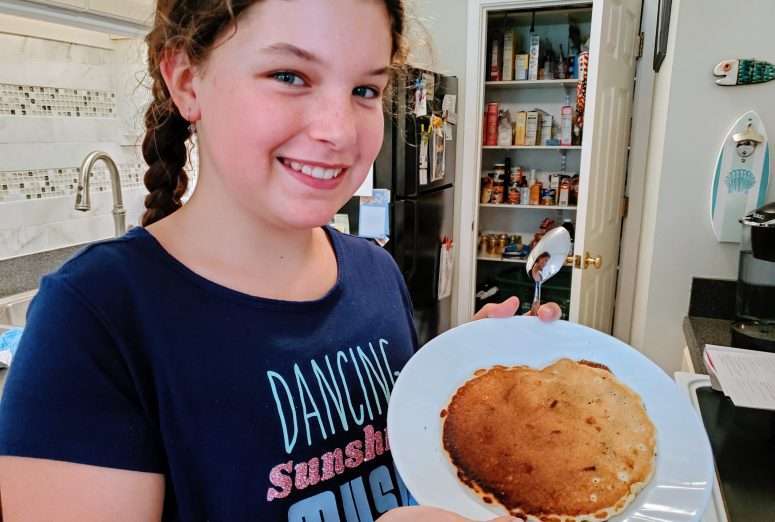 Unlike running at home, you have to really try to find some hills around the Cape. I did not but I did find the family when I was done. I’m not sure my kids think I’m all that talented at much but they do know that I’m really good at sweating. They are both fascinated and disgusted in equal measure. 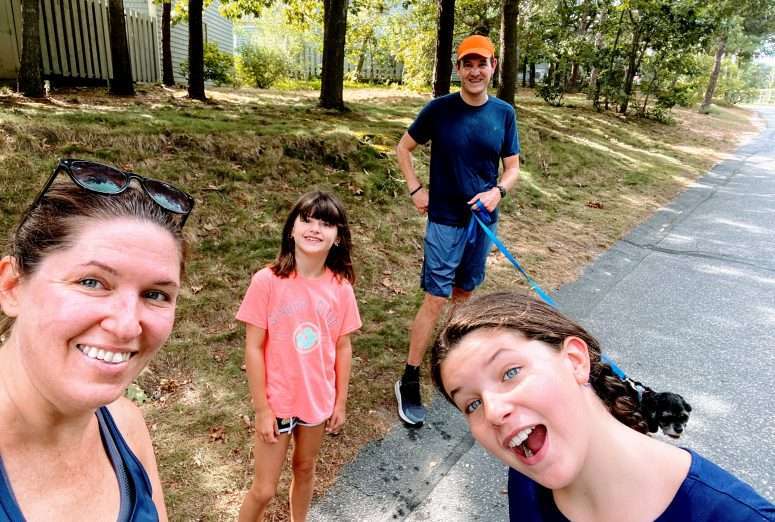 All three of them are getting too big and too old for this playground but it still provides a small distraction. Dash’s vision of heaven definitely includes a slide. 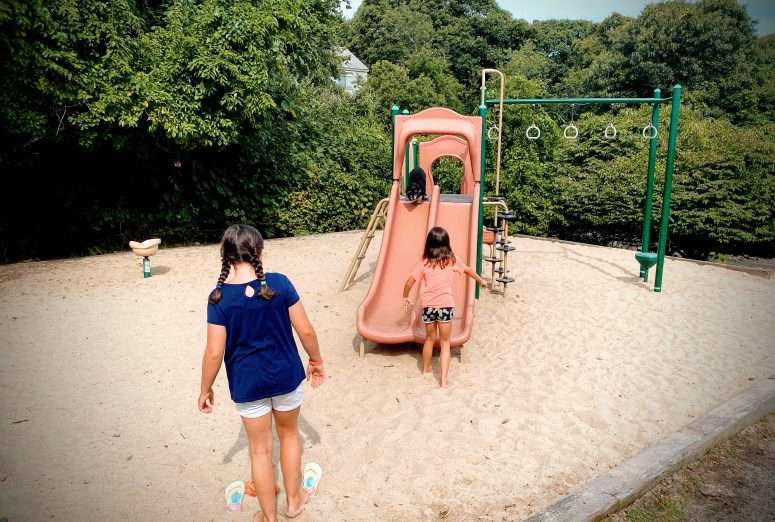 She might not (yet) have my love of endurance sports but she is way stronger than me. 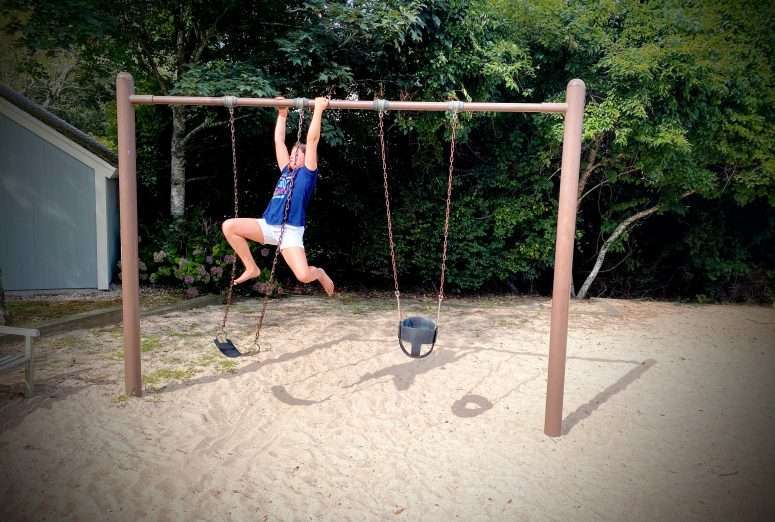 Whether by accident or design, Ally forgot to pack her bathing suit. They pack their bags themselves now and I did ask if she packed underwear but not her suit. Therefor she just had to go out and get a new suit. We somehow also ended up in a store with candy. She is devious and always thinking three steps ahead of us. I’m just playing checkers. 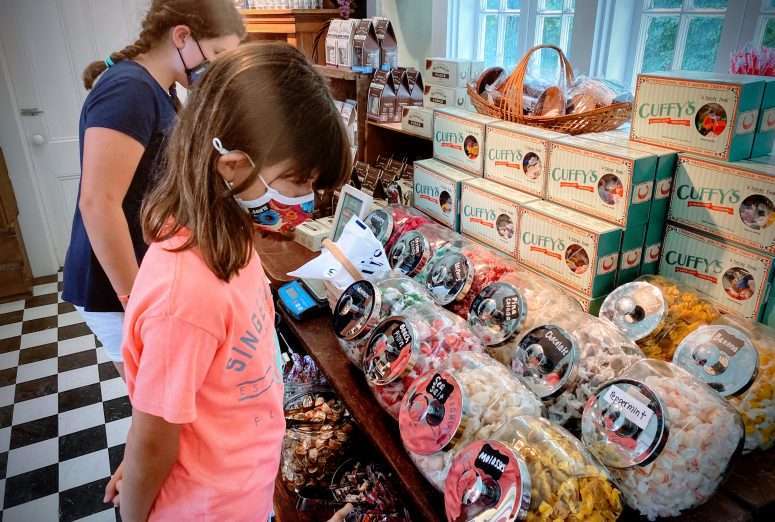 Suits acquired, we hit up the pool. After a predictable argument about whether to go to the pool or the beach first. These kids have a tough life. 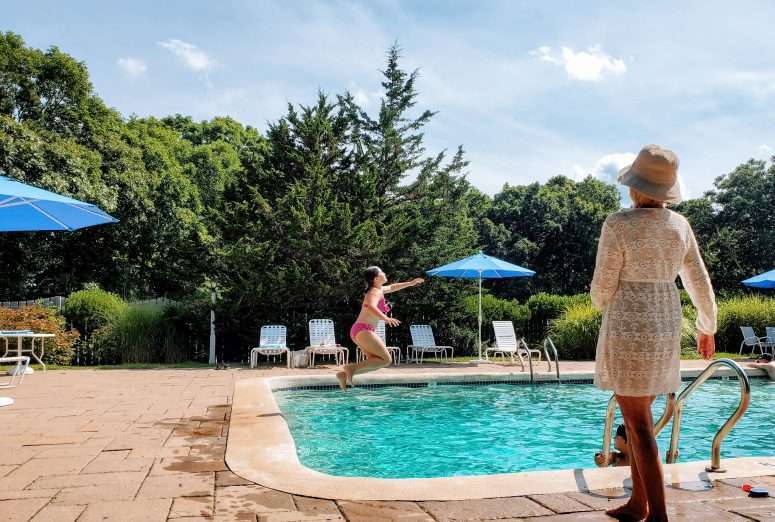 Playing Old Maid with someone incapable of keeping a secret takes some of the suspense out of it. 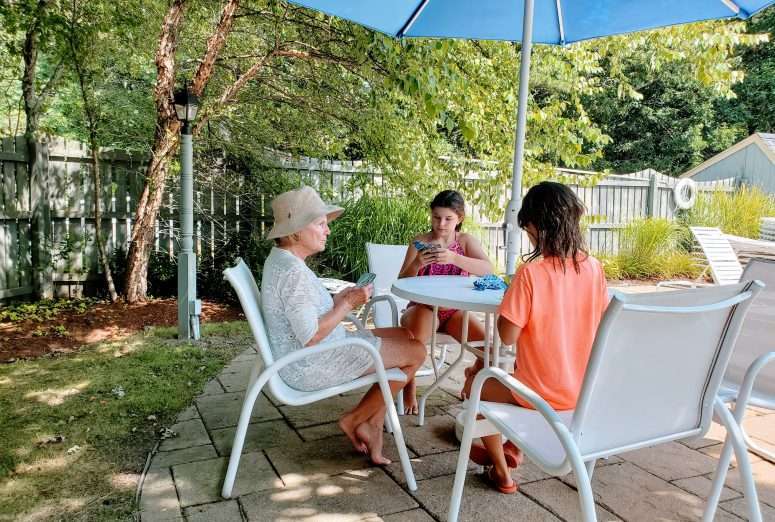 Then it was down to the beach for some boat drinks and flotation devices. When both grandparents get in the water, you know the temperature is approaching bath water. 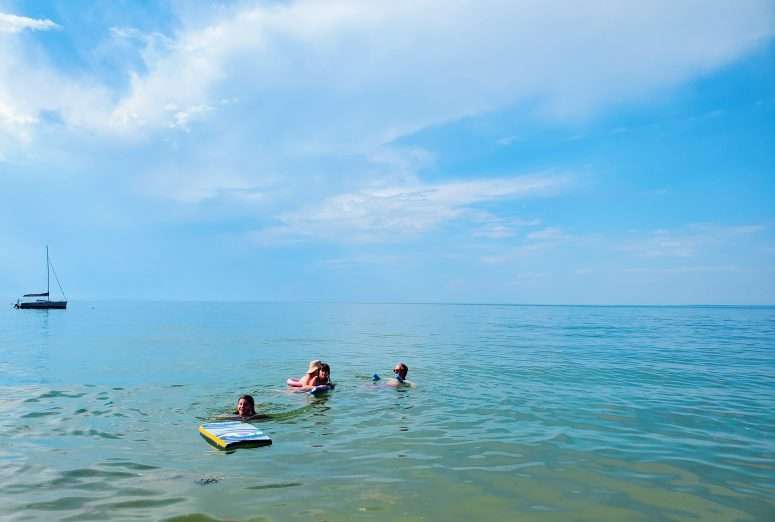 Michelle kept up her Cal Ripken-like streak of always going into the ocean with the kids. I am the Billy Ripken of getting in the water. 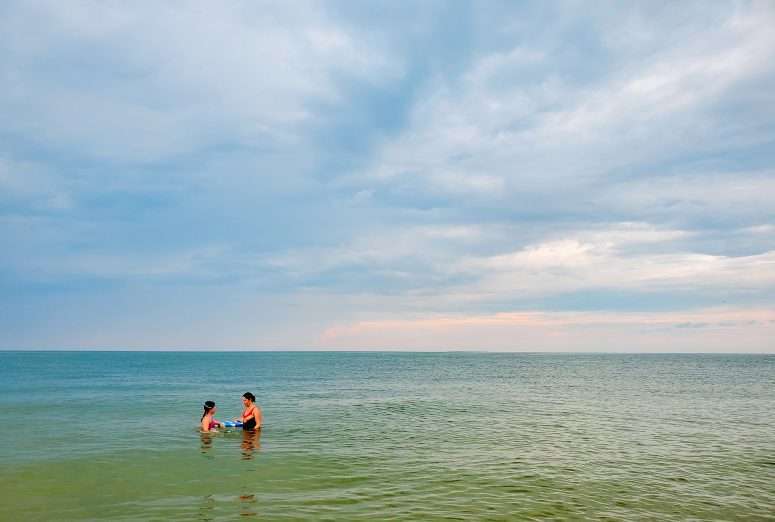 After dinner and some rain, it was a nice sunset and a nice end to another Saturday. 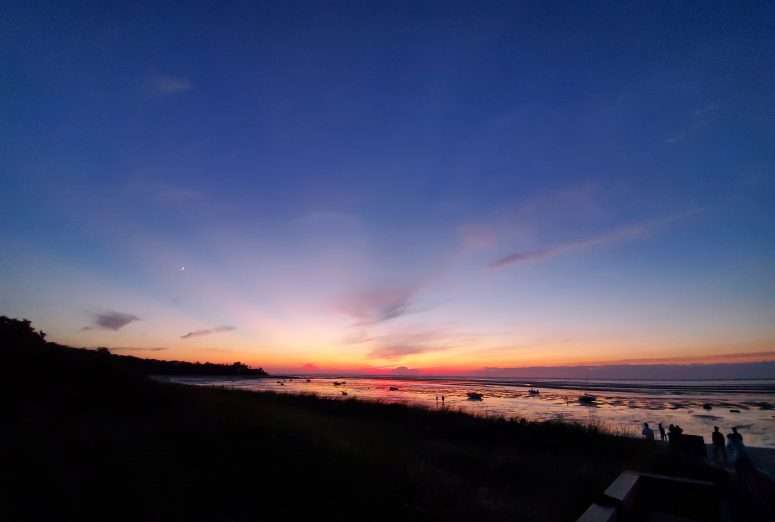 Why do they love each other one minute and try to drown each other the next? That’s one question I don’t have the answer to yet. 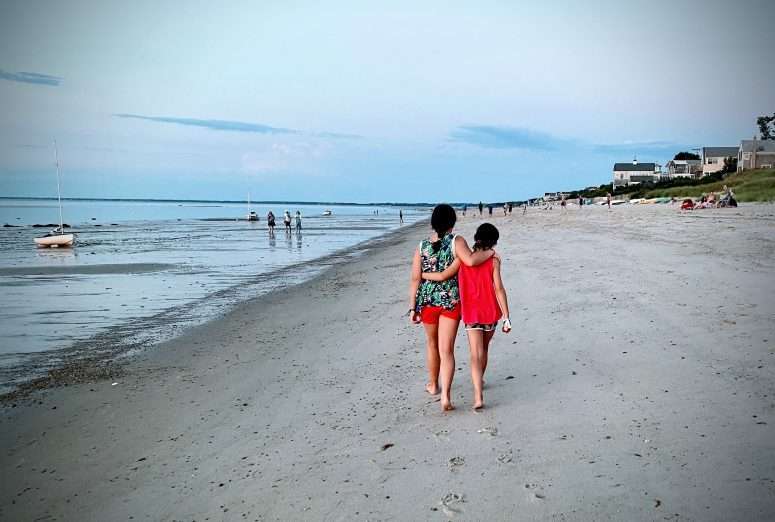