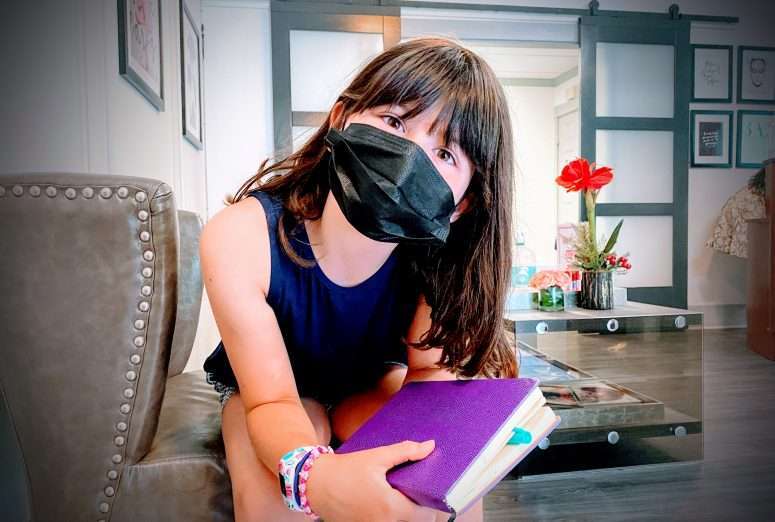 Camp Dad has finished its first week. There were some ups and downs. The biggest question was why do we have to do this? Camp Dad includes a work release program where the inmates do 30 minutes of chores each day. In keeping with my Dad philosophy, I’m willing to set an example. I don’t ask them to do anything I won’t do. We all were out weeding the front walk on Thursday.

But why, they ask? They are old enough that bluffing my way through an answer doesn’t really work. So we talked about it while complaining about dandelion’s deep roots.

Second, it helps them learn responsibility and time management. I don’t tell them when they have to do the chores, just that they need to be done by the end of the day.

I’d say it might also help with team work but seeing how quickly Cecilia persuaded and recruited the neighbors to her cause, I’d say she has that one down.

After a few mid-week days on the Cape with the grandparents, Camp Dad was ready to pack up, dodge bridge traffic, and head home. But first, the away couch… 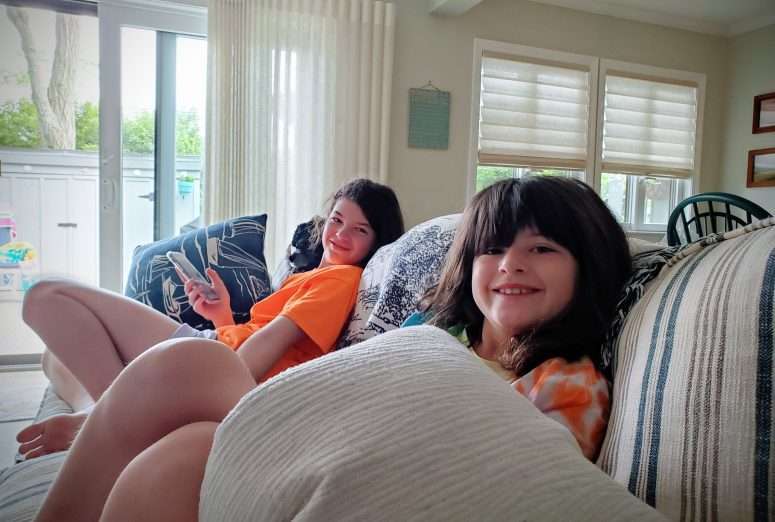 Michelle was back at the homestead for some peace and quiet and board meetings but the fitness challenge continues. It was a muggy start. This is what losing four pounds of water weight looks like after a run. One of the benefits? You can’t get lost as you leave soggy footprints right through your shoes. 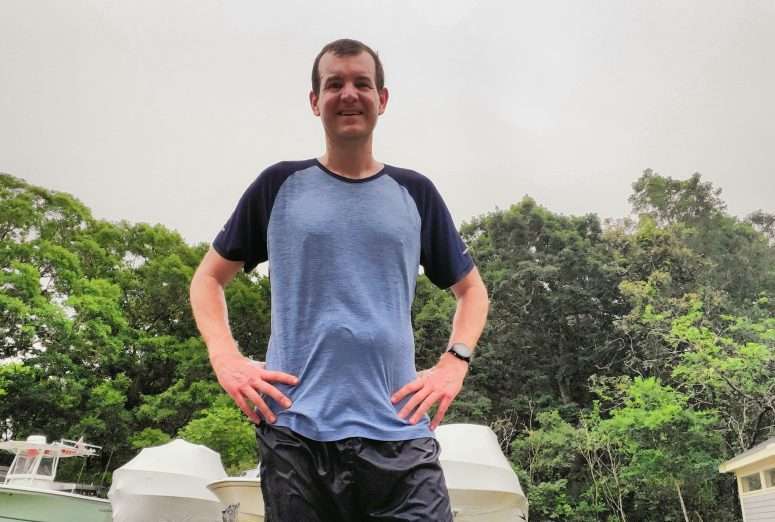 When I sloshed my way back to the beach house, I found an early morning card game in process. Nothing like a game of Uno Attack to test to the effectiveness of your blood pressure medication. 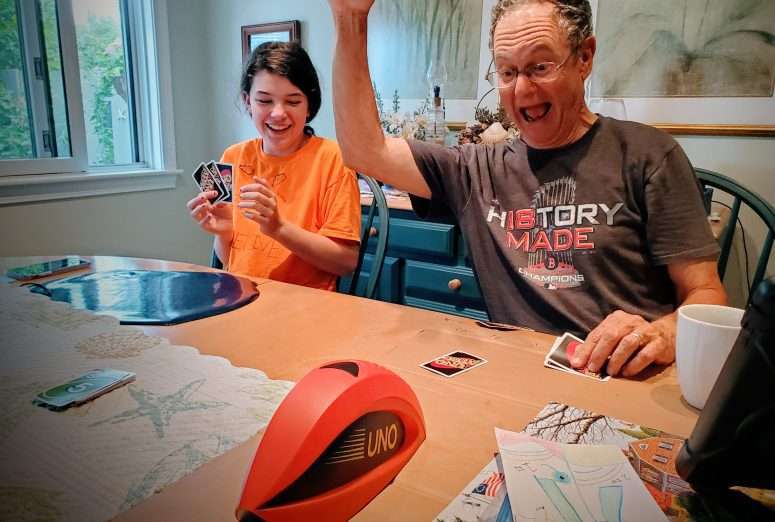 The girls did take a break from their screens to get a puzzle put together.

Does anyone have good recommendations for actual interesting puzzle scenes or puzzle brands that don’t look like a Grandma Moses or Bob Ross painting? 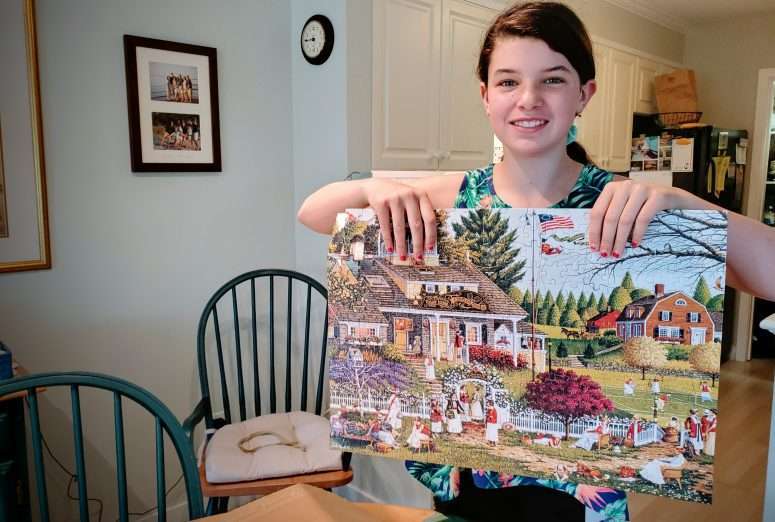 We started the drive back and the girls didn’t even make it out of the development before they were eating their snack bags. They may be getting older but their reliance on water bottles and nearby snacks is stuck at pre-school age. 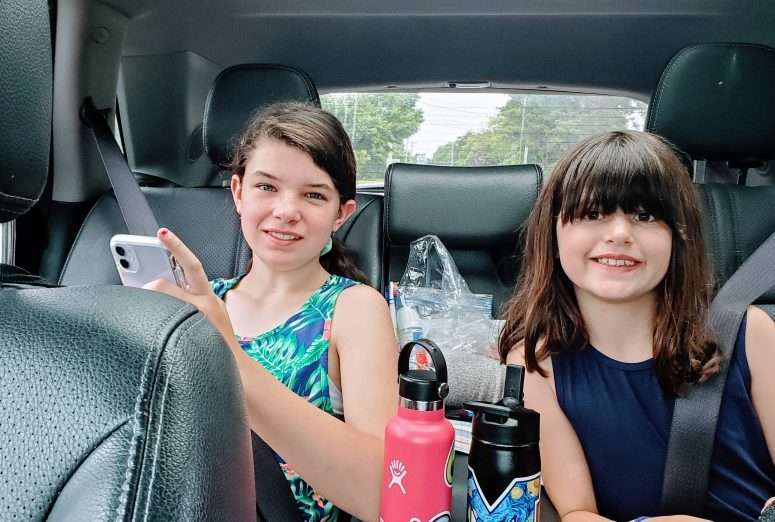 We arrived home (finally timed the bridge traffic right) to find Michelle blasting In the Heights at high volume which seemed appropriate for the girl’s homecoming and immediately sucked Ally in. 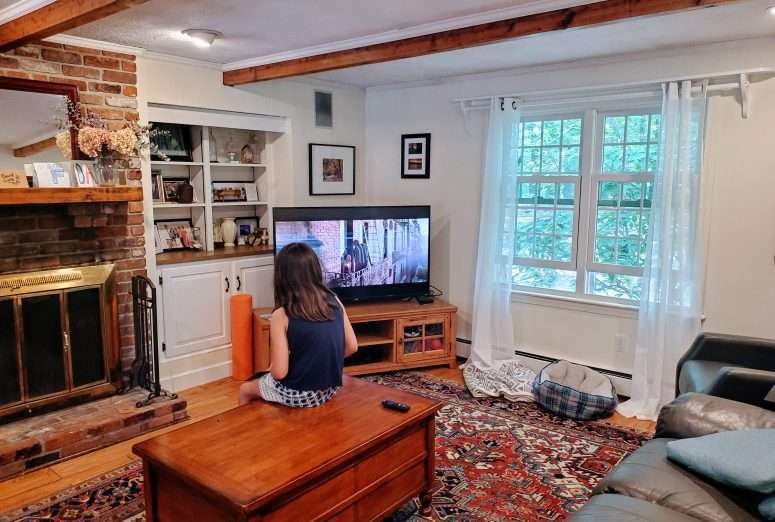 After lunch, it was time for the semi-annual hair clean up prior to vacation. Here is post-cut and straighten Ce looking as if she aged five years while in the chair.

By the way, we had an orthodontist consult this week. Do those teeth look like they need to be straightened? 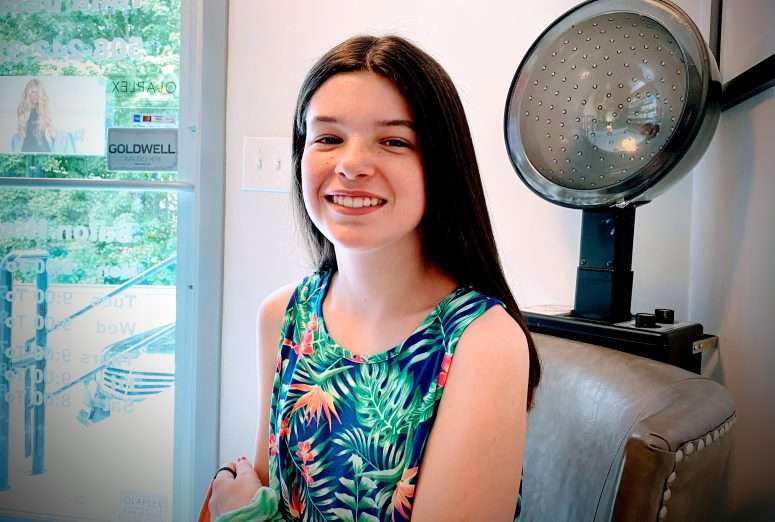 Two weeks left in the fitness challenge. It’s asparagus week. Ally’s face pretty much sums it up. But can’t argue with the results. So… a lot of asparagus went in the cart. 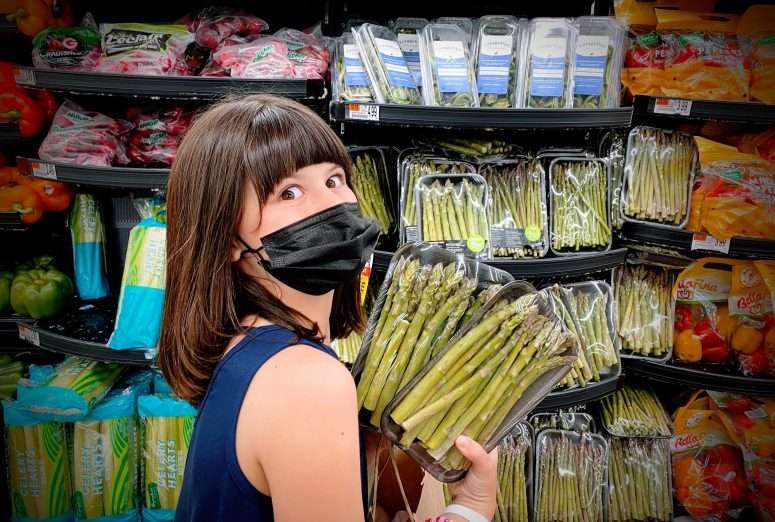 Perhaps spurred on by thoughts of all that veg to come next week, our treat meal was homemade mac ‘n cheese.

The simple secret to this three ingredient recipe? Cook with just a little water, and then use evaporated milk and a good melting cheese in equal proportion to the pasta. 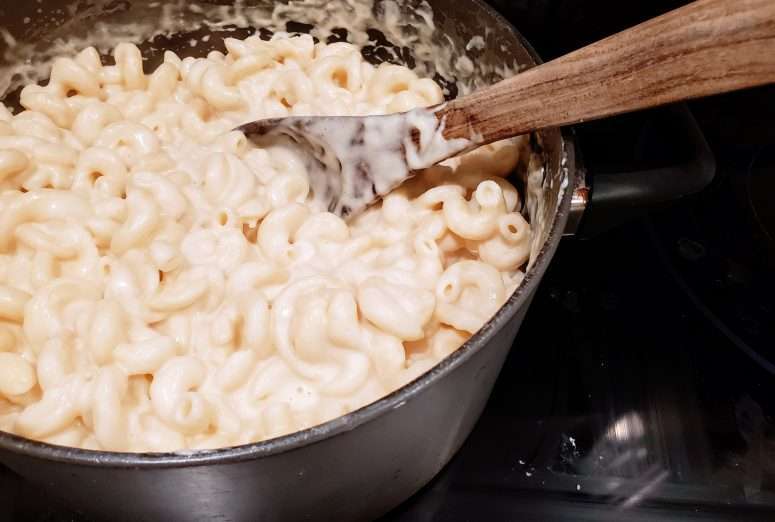 After weeks of very clean eating, Michelle’s body didn’t know what to do with this carb and cheese bomb. She immediately fell asleep on the couch while we watched Luca.

I’d classify Luca as less Pixar and more Disney. Or Pixar-lite. It was pleasant to look at, included a simple message, and never threatened to make me cry. 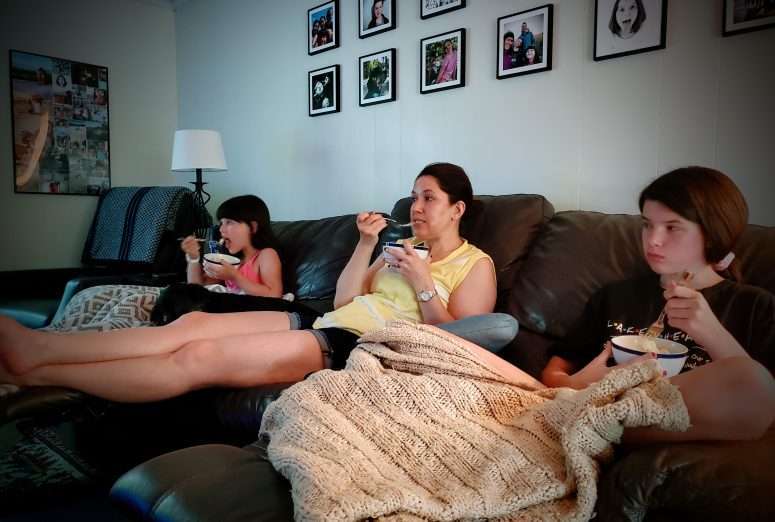 We wrapped up the night with our new favorite treat. I might be ten years late to this trend but banana ice cream is pretty good and really helps with that dessert craving. If I toss an Oreo in, I can even convince Ally she’s eating a sweet treat. 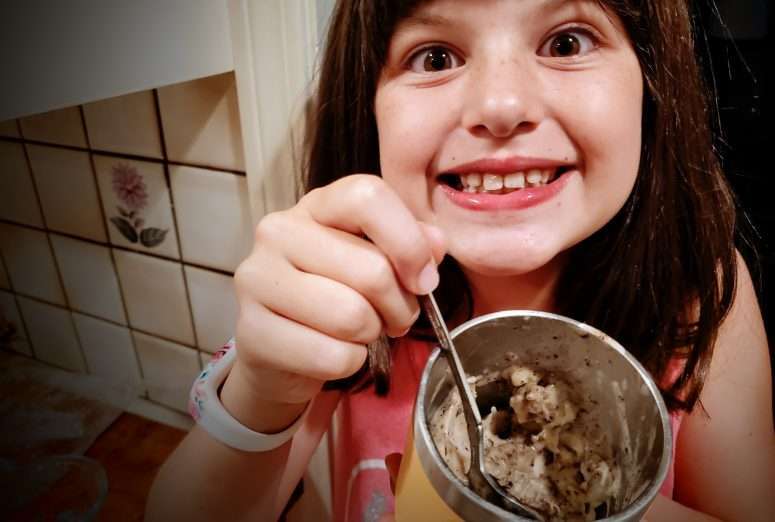