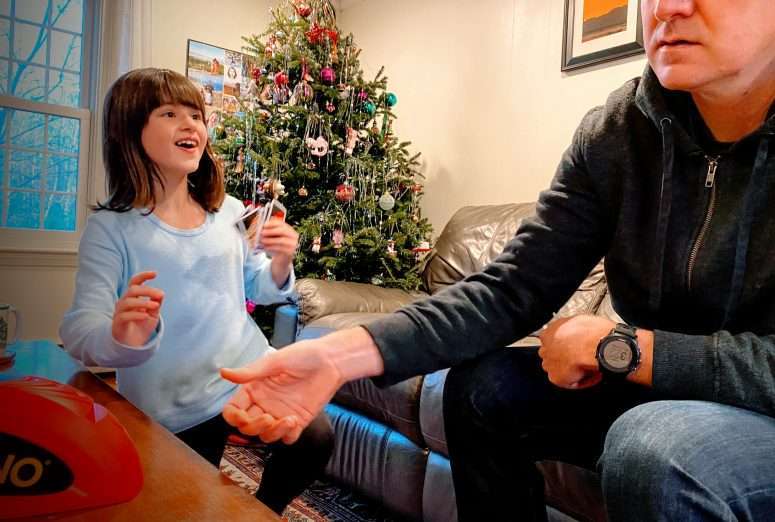 Halfway through Christmas Day’s Zoom extravaganza, I had a (fleeting) moment of empathy for our outgoing president. He appears to constantly inflict self-harm on himself by believing there is something lacking despite being given everything. This insecurity, beyond being exhausting, must be far worse than any actual deprivation. The worry is always worse than the reality.

It seemed like an important lesson to try to teach them while they were young. Help them understand that they are good enough without a day filled with gifts. What they have is enough. What they are is enough.

What actually matters is what they do with it all.

Most of us were in bed early after the storm and getting up early to check for Santa, and back up near our usual time to claim our couch spots. Another week, another show about ballet. I think it was a bit eye-opening for the girls to see just how much the kids at the New York School of Ballet practice. Suddenly, a half hour of music practice each day isn’t so bad. 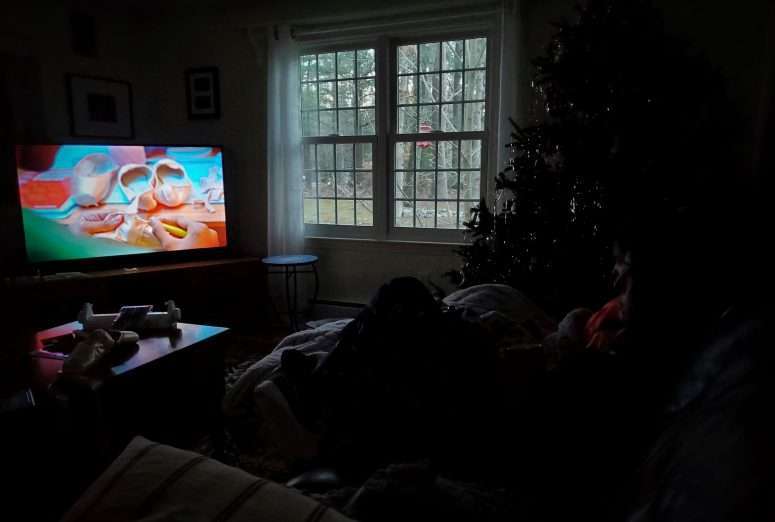 But one of us had a serious, serious holiday hangover. Ally has been on a Christmas anticipation high for a solid two weeks and needed more than 12 hours of sleep before she came downstairs after 9 a.m. 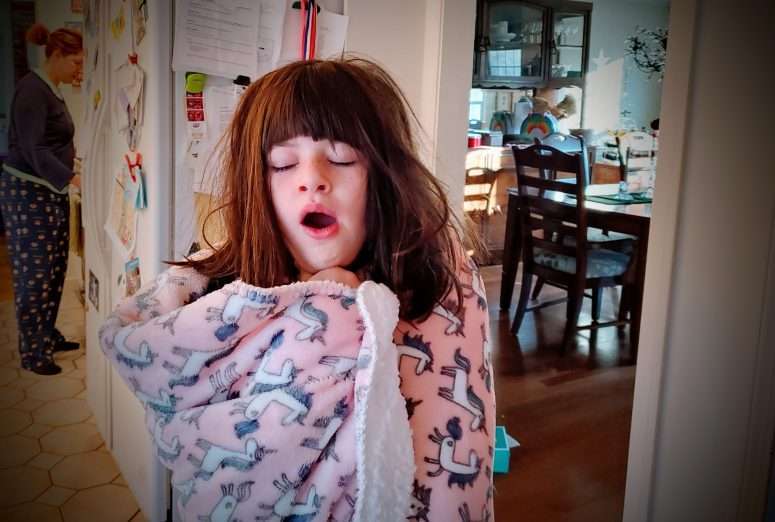 And immediately went right back to playing. That’s a sign that Santa nailed the gift registry this year (even if I’m sure he expressed misgivings about the amount of slime and glitter that was going to be involved). 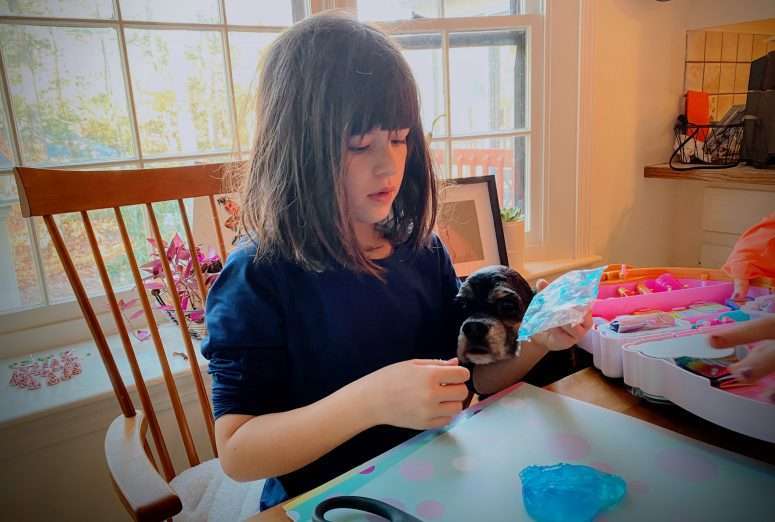 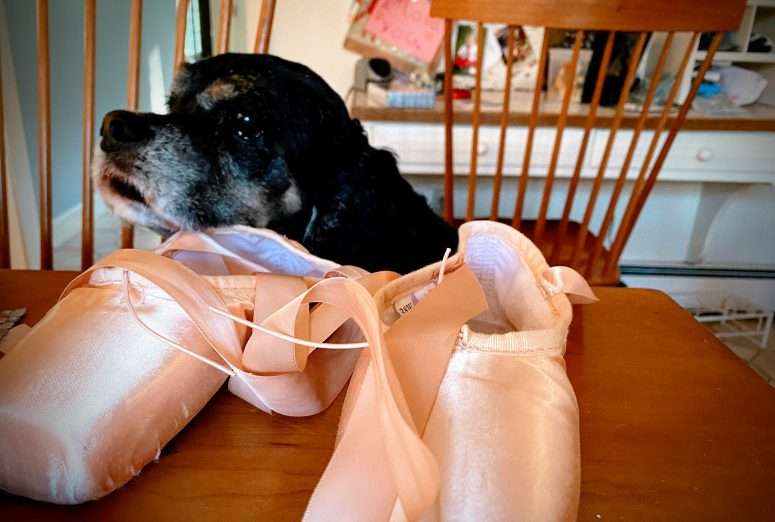 For Ce, it was likely this jacket she hasn’t taken off and strips of LED lights to put around her room. Michelle can now go back to wearing her own vintage denim jacket. 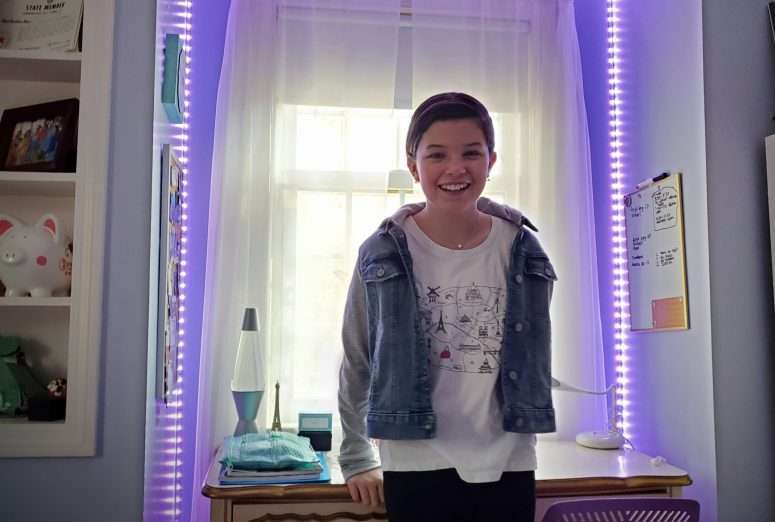 After more than 10 years, the blog finally started paying dividends. No less than five different people lit up my phone yesterday morning to alert me that the traffic by the transfer station was out of control. Better to be known for something, than nothing!

And we definitely put that intelligence to use by approaching the entrance from the opposite direction.

No action photos. Tempers were running hot. God help you if you didn’t break down your Amazon boxes… 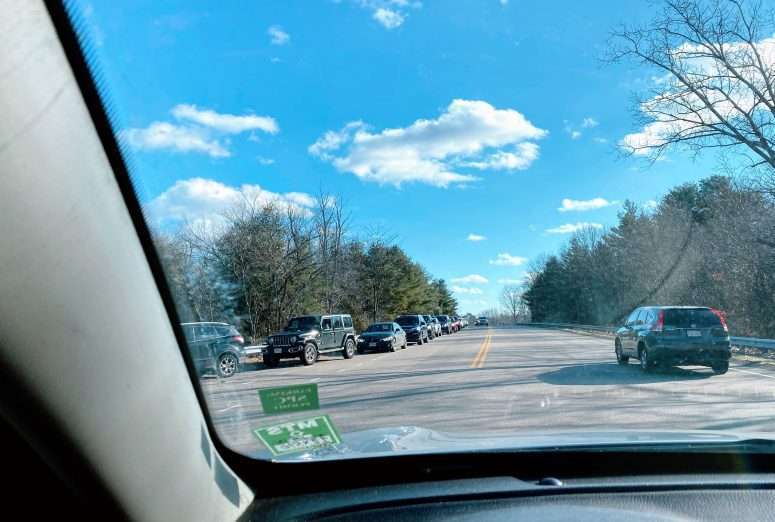 If you ever need proof of a dog’s emotions, just come for a walk with Dash at the State hospital. He’s a constantly, wiggling smile. Might lift your own mood, too.

Cecilia was tickled to meet a family with English accents in real life. I’m pretty sure she thought the girl was Peppa Pig. 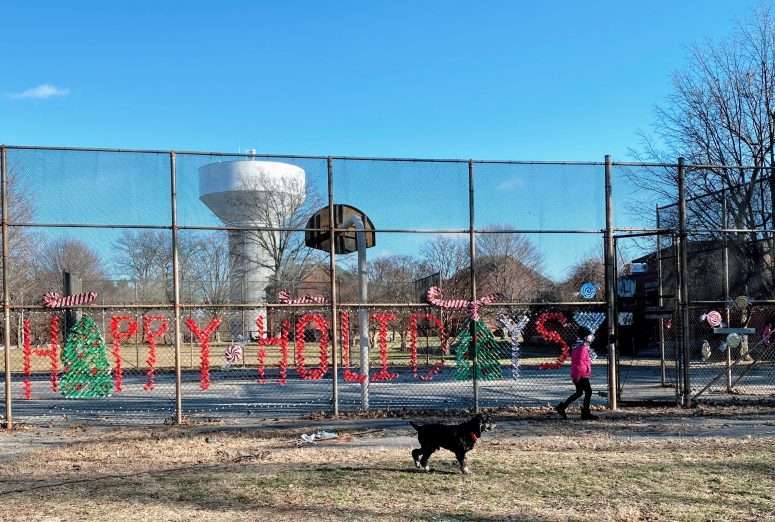 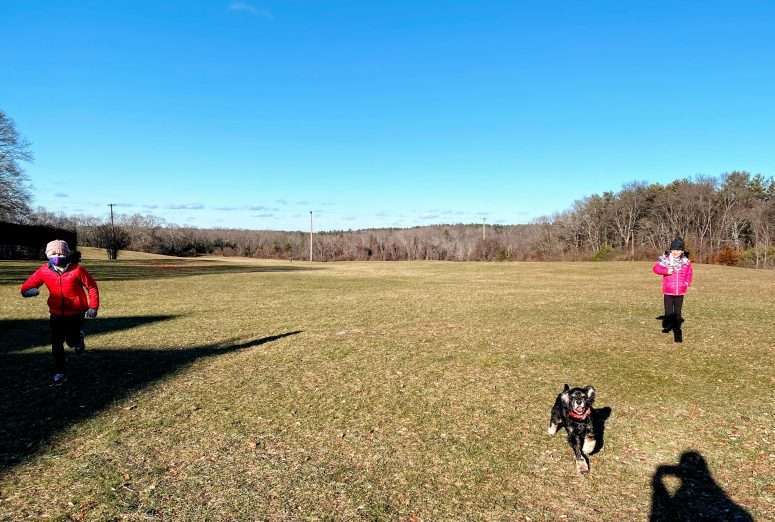 Ally gave her sister Uno Attack! for Christmas. It is now a toss-up with Perfection as my most anxiety-riddled board game. 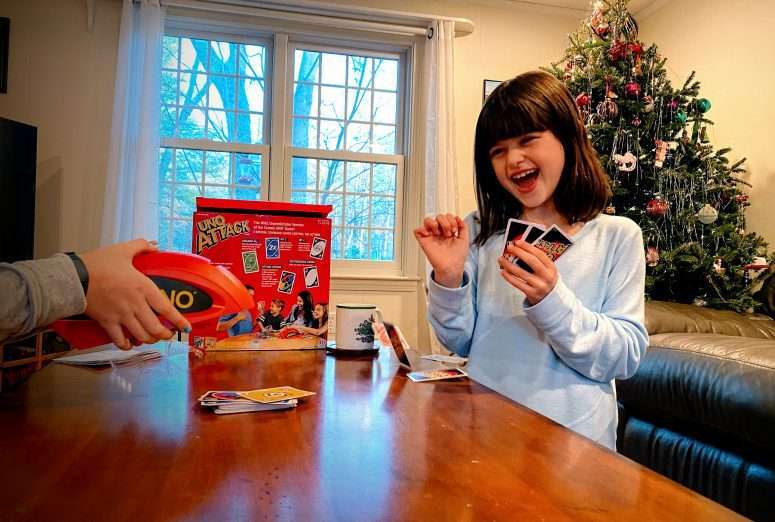 We gave them a day off yesterday, but back to the practice today. You don’t get to be in your own Netflix documentary without doing your scale work. 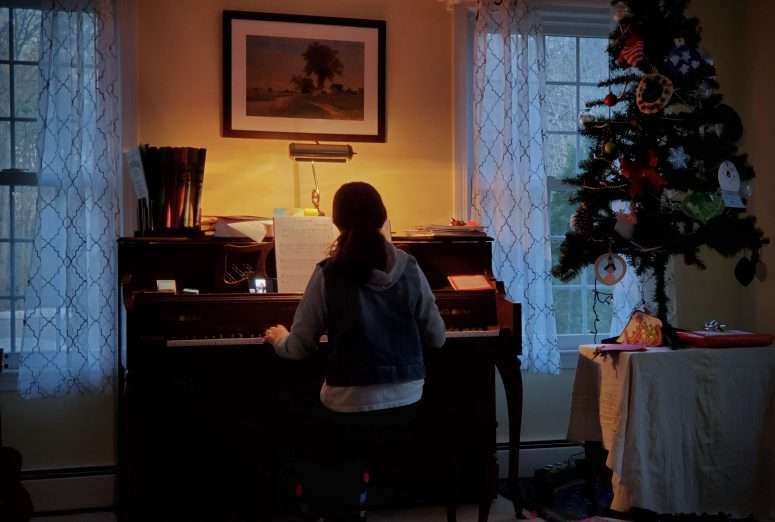 Everyone was flagging by 4 p.m. and the rest of the day was a dinner of leftovers and a slow sink into the couch. 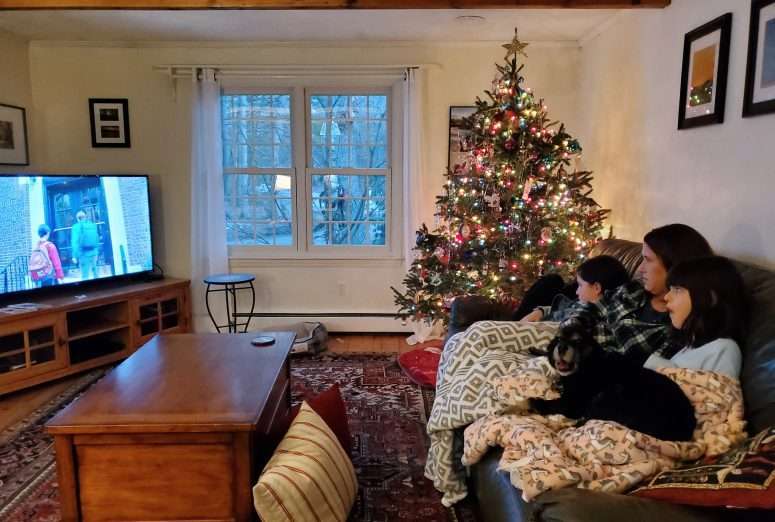 We watched Soul. Definitely not a kid’s movie. Not sure it had a lot of answers but appreciated that it took some swings at some big questions. 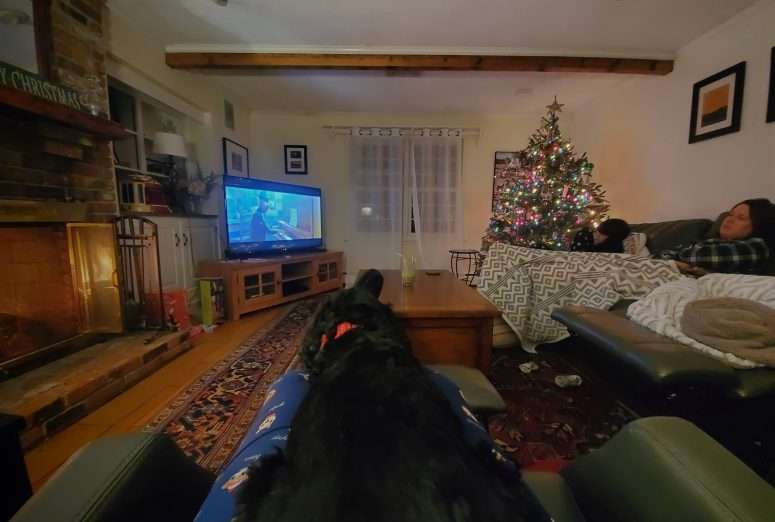