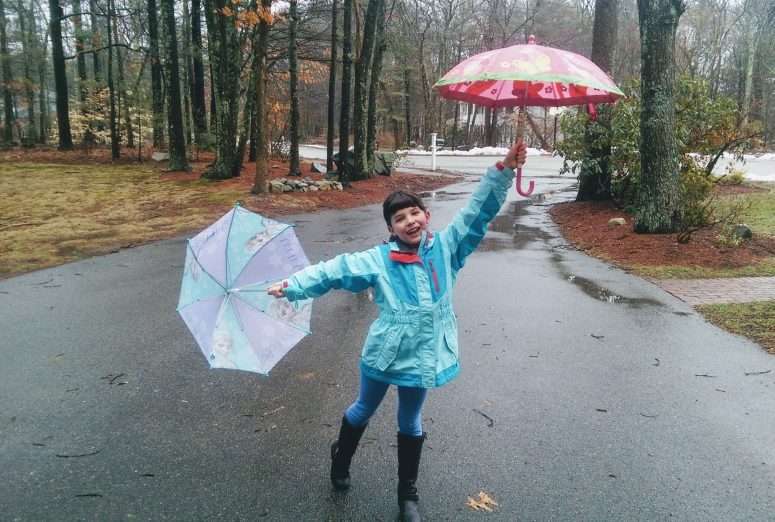 It felt like Groundhog Day here. Another gray, unsettled and wet Saturday here. It was a mostly lazy day here as the spring-time charm of New England really wasn’t motivating us to get outside and do much. We had Cecilia’s dance class (only a few left before the spring recital!) and our dominoes night on the schedule, but little else other than watching the rain and trying to get Dash to go outside.

Oh, how could I forget. We also had to survive all those completely believable, kid April Fool’s Days pranks. By 9:15 a.m. I was desperately trying to convince them it was actually April 2nd to save my own sanity.

As usual we started the day on the couch with a show and some pomegranate pop tarts ….Turns out the Trader Joe’s pomegranate cherry pop-tarts were not the slam dunk hit I thought they would be. You can never tell with Allison. She is oddly particular. Not picky per se, just likes what she likes, sticks in that lane and rarely tries something new. Look at those sparkling, iced treats. What kid could resist? Oh, Ally can. On the plus side I was able to finish her leftovers. 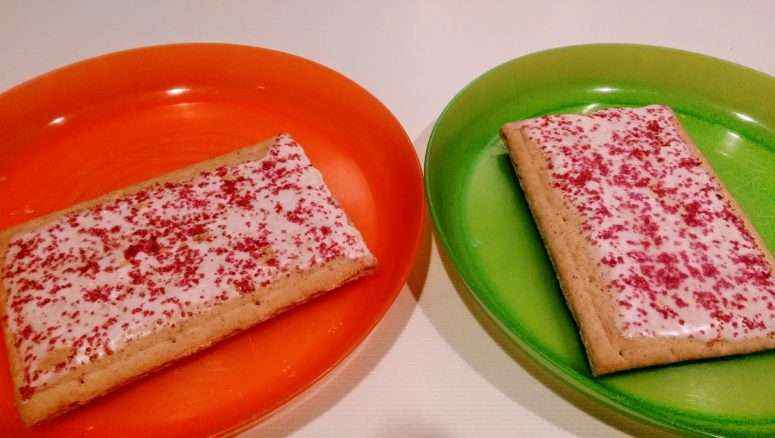 If they could, I’m pretty sure they wouldn’t mind spending most of the day like this and given the weather lately, I wouldn’t blame them. 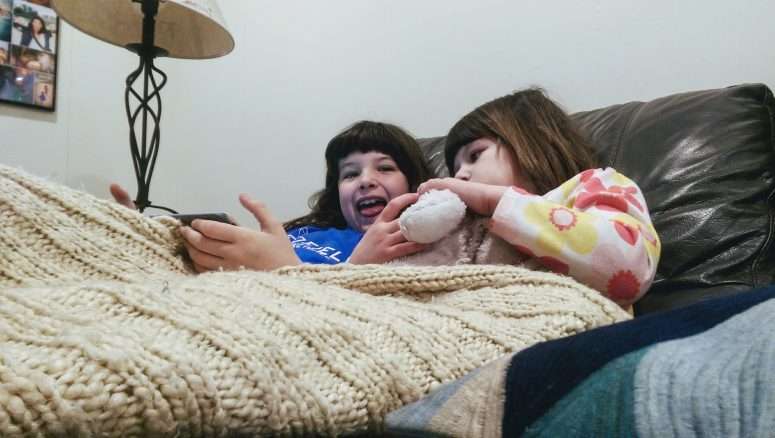 But we are not total pushovers as parents and the work must go on. And the work must get done before we leave the house. They are allowed their pop-tarts and show to start the day, but chores do follow before the slip into TV zombie mode. 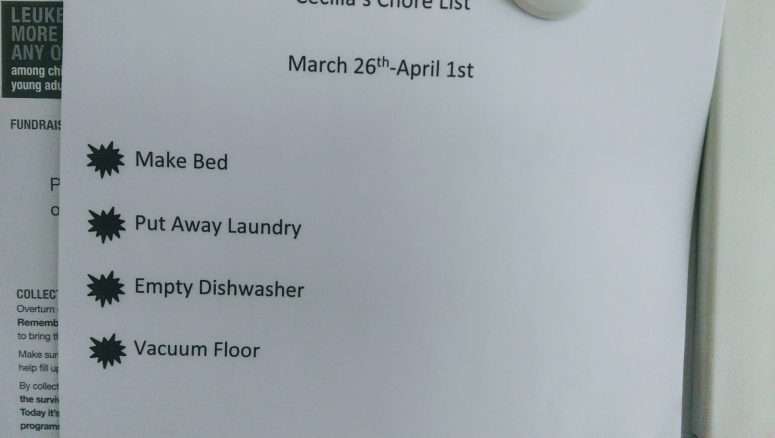 Here is Cecilia practicing the piano. She has to play six memorized pieces in a few weeks for a spring recital. Dash is on squirrel patrol or maybe just checking if it’s finally stopped raining. 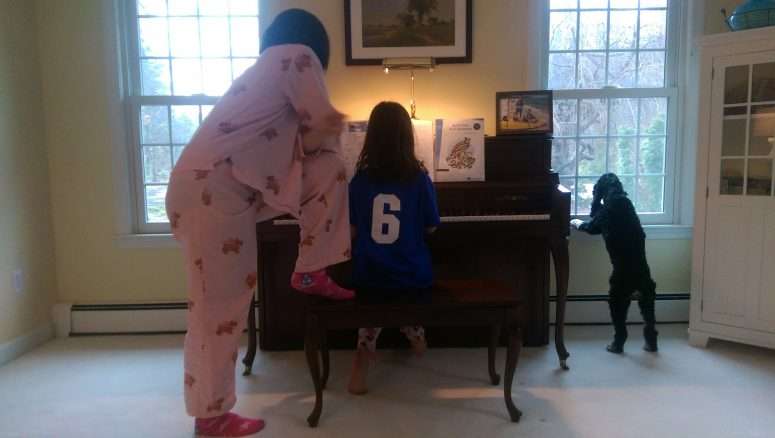 With the yard cleared, he likes nothing better than to sit with Cece while she practices. 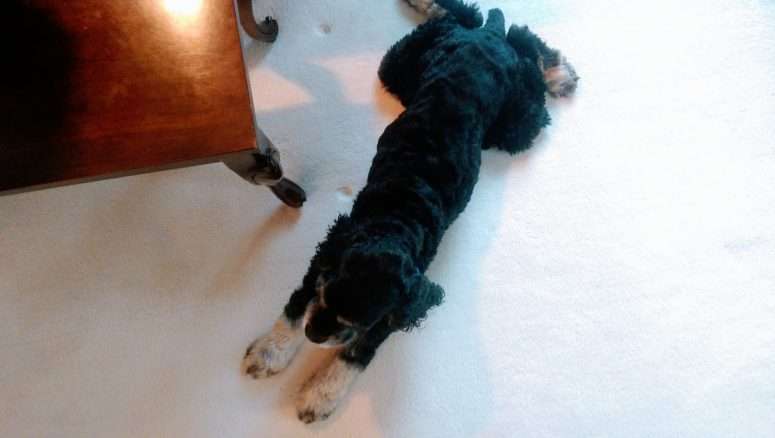 Mom and the girls headed out to Cecilia’s dance lesson while I rode the trainer for 90 minutes. When they came back, they had decided on turkey tacos for lunch. Sort of random, but who am I to argue when both girls actually agree on a meal. Here is Ally doing some quality control on the cheese she grated. 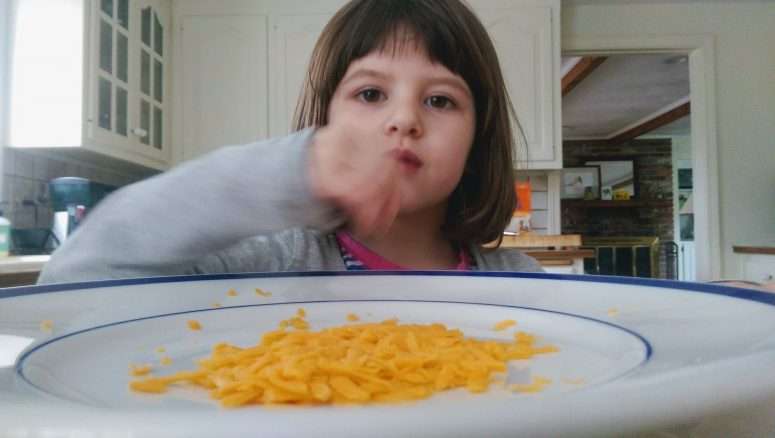 And lunch wouldn’t be complete without some early Easter cookies as dessert. 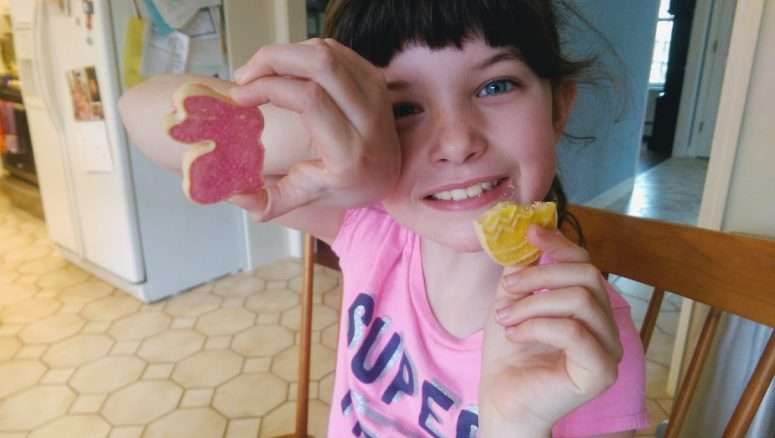 After lunch, we instituted an hour of ‘drop everything and read’ time. Otherwise known as Mom and Dad nap time. While the girls didn’t actually rest, they did stay quiet enough in their rooms for me to nap for a bit. I consider that win. 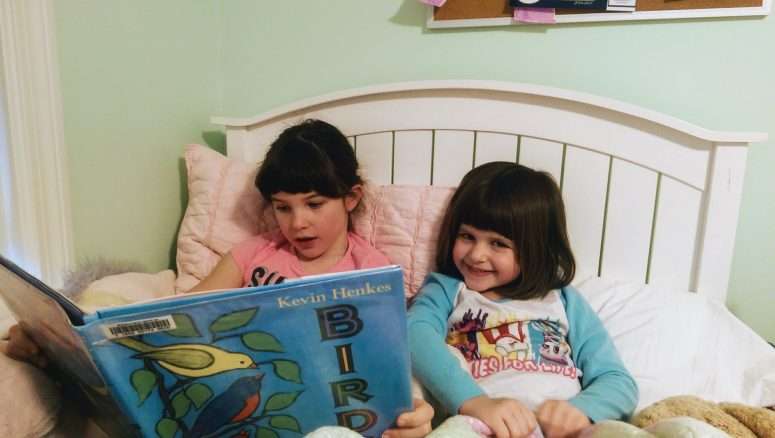 Despite some still falling rain, Cece was determined not to spend the entire day indoors. 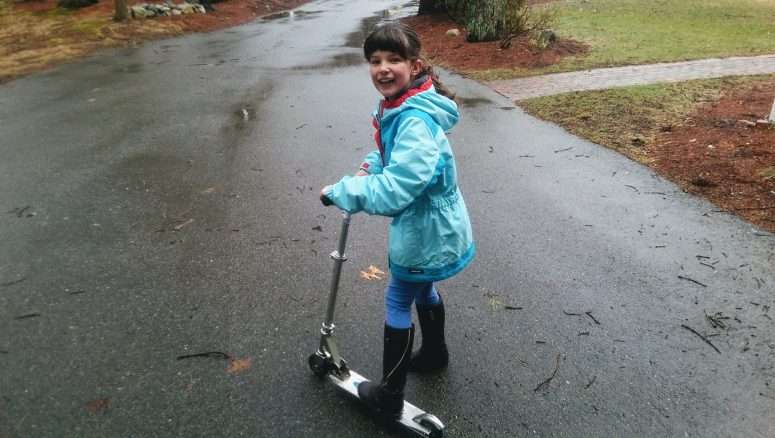 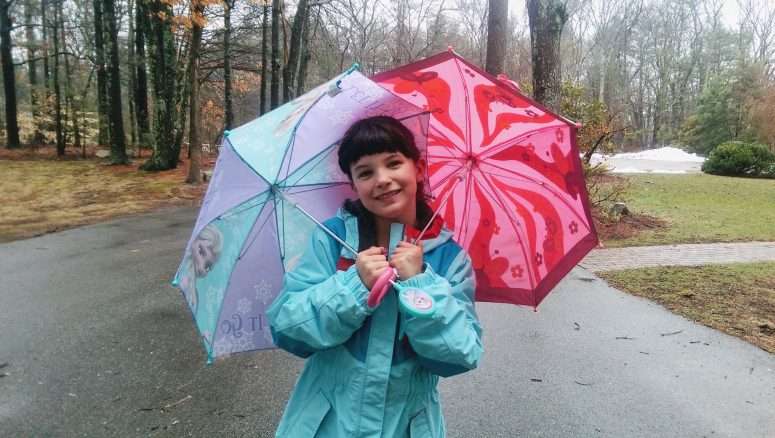 Finally, the day ended with a trip over to a friend’s house for pizza and dominoes. Maybe the scotch helped, maybe it didn’t, but I played pretty well tonight. I think the lesson is to definitely drink scotch more often. 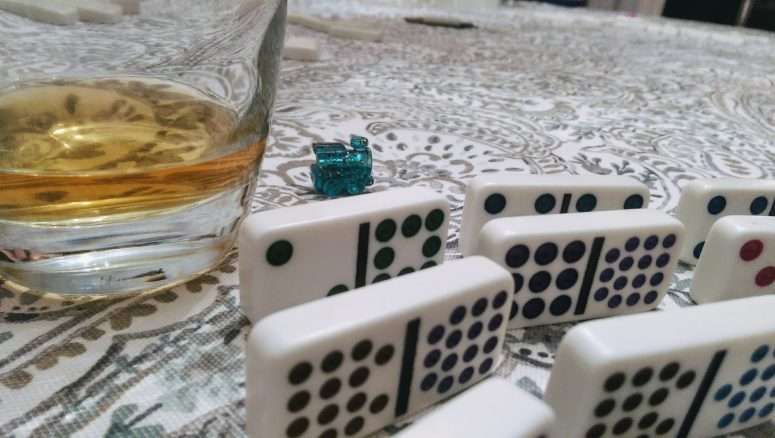