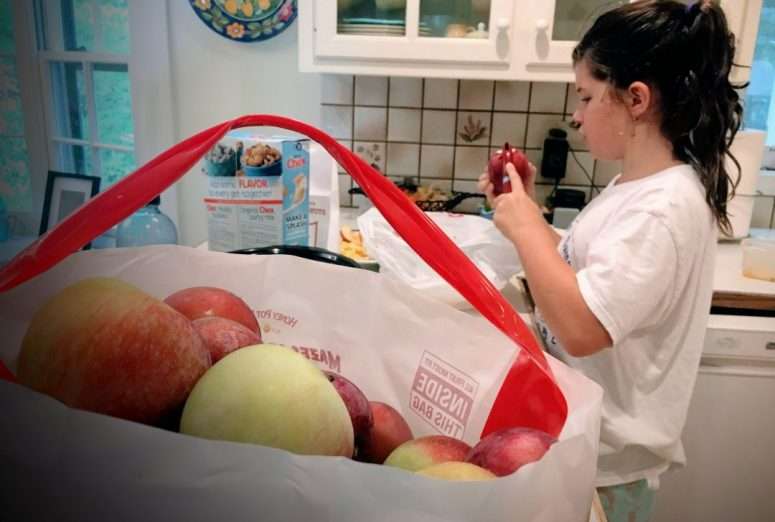 Sometimes you see yourself in your kids in the oddest ways. September brings school, soccer, hurricane season and, of course, the first school-borne viruses and colds. We woke up (early) Thursday morning to that dreaded barking seal cough echoing down the hallway. Even with the immunity armor of five years of day care, Ally still picked up a bug in her first few weeks of kindergarten. I suppose I should be relived it wasn’t measles or scarlet fever.

There’s a clear dichotomy in our family in how we respond to illnesses. Michelle flat out refuses to acknowledge she is sick. She has to collapse at 2 a.m. in the bathroom or be admitted to the ER before she might consider taking an aspirin. Being sick just doesn’t fit into her plans. Cecilia is much the same. Even if you witness her sneezing, she will adamantly refuse to admit she actually did. She’s only missed 3 days of school total so far.

I, on the other hand, treat any sniffle or throat tickle like a pending doomsday scenario. I start guzzling herbal tea and green smoothies by the quart as if I can drown the germs in hippie goodness and save myself. I’ll wrap myself in warm baths and comfy sweatpants. I’ll seriously consider going to bed by 4:30 if it will help me get better faster.

Allison takes after her Dad. She believes any dose of medicine is all the passkey to endless hours on the couch binging on Netflix, Saltines and popsicles. Who am I to disagree?

Somehow I was the last one up this morning, even though it was still dark, and came down to my wife gone and the kids watching television and asking about breakfast. Even Dash looked disappointed in me. I pinched myself to see if this was one of my recurring stress dreams. 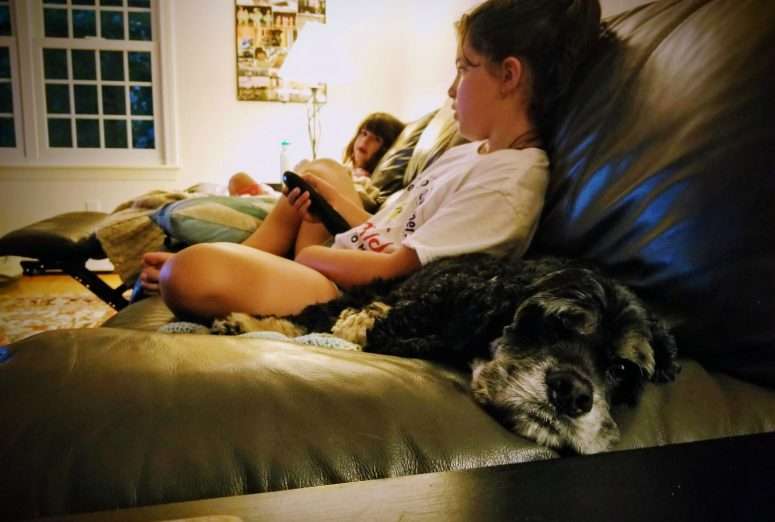 Breakfast was a leftover cider donut, the lowest level of effort I could afford before coffee. At least this got me a smile. 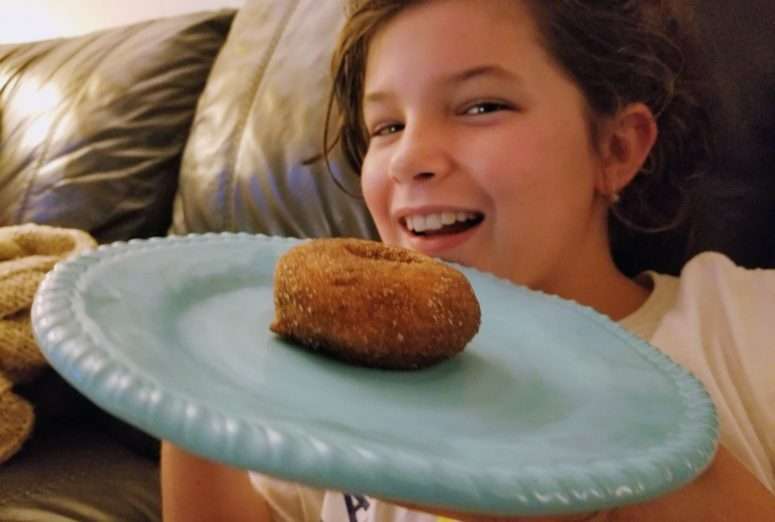 Turns out Chelle was out for her run so she’d be done in time for me to go out and join the group for the Saturday run. That’s love. 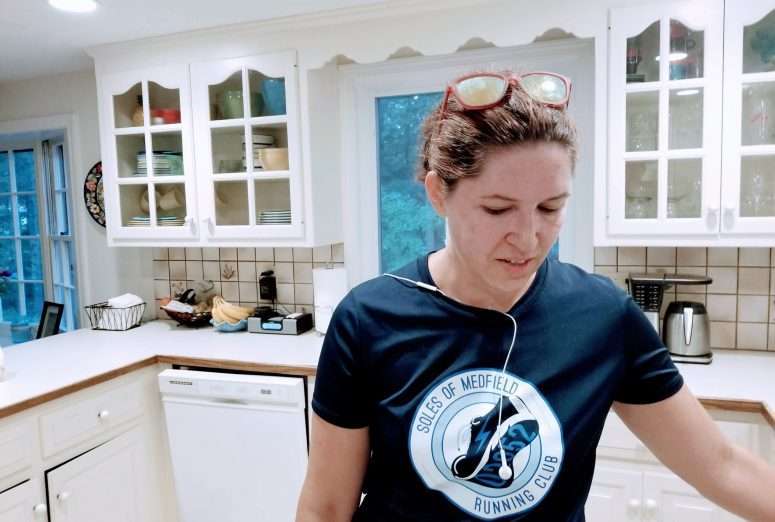 Sort of weird weather this morning, humid, then breezy, sunny, then cloudy. Didn’t stop more than 20 people coming out for the morning run. Our little group is no longer so little.

When I returned, I found that the girls had decided to re-open their diner and make me breakfast. No complaints. They even put veggies in the eggs for me. 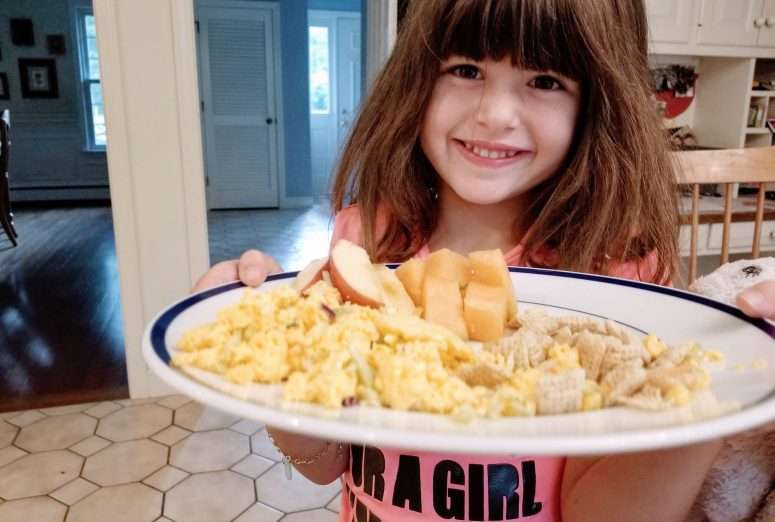 Thanks to the holiday on Wednesday, we were loaded up with a lot of apples for the start of fall. Michelle took advantage of Cece’s kitchen-friendly mood and put her to work peeling to make some crock pot applesauce. 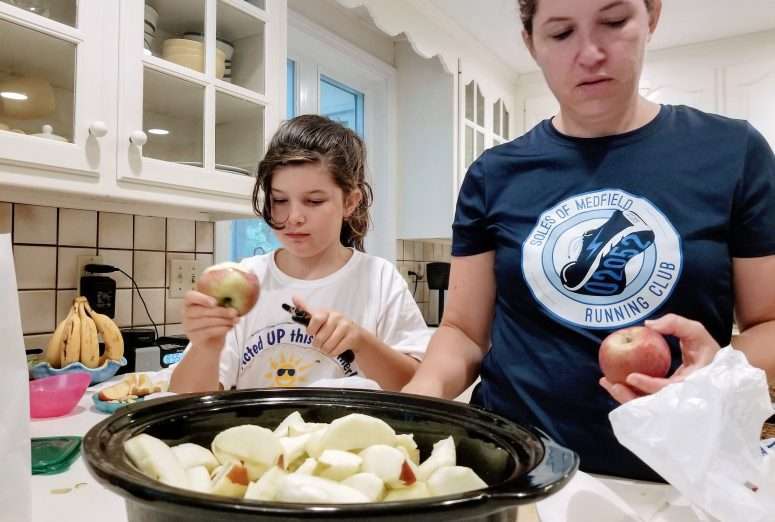 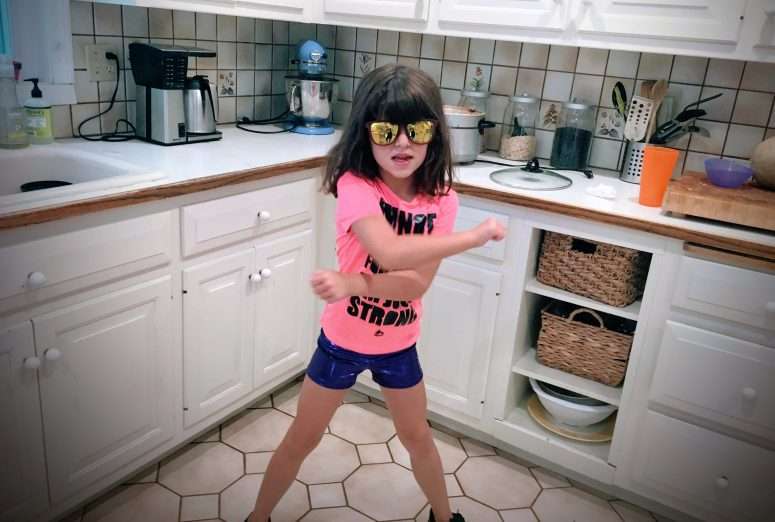 With the crockpot bubbling away, we headed out for soccer. Don’t crash the car! and Mud Monster were the big winners in this week’s drills. They will definitely be on repeat next week. 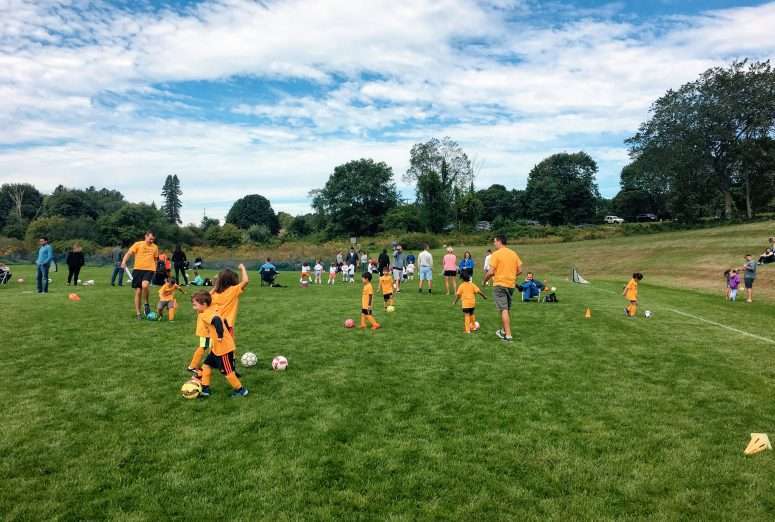 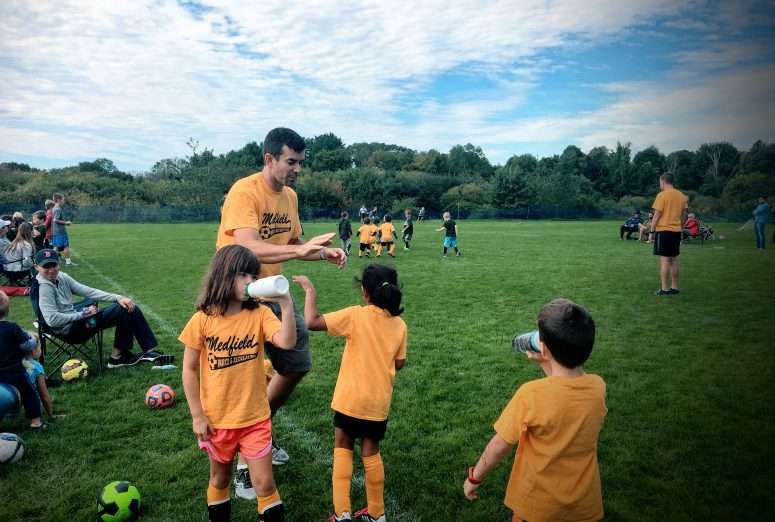 After partying like rock stars the last few weeks, there wasn’t too much left on the agenda after soccer, just some haircuts in anticipation of Ally’s picture day next week and a return to the couch. 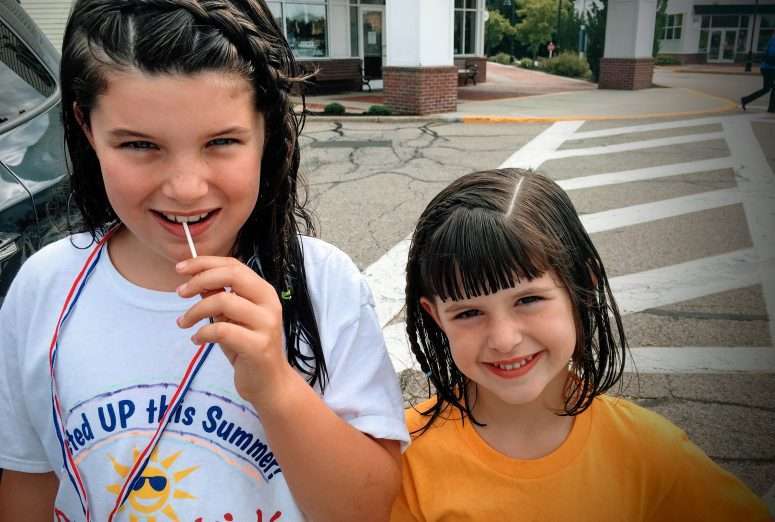 While Chelle was off handling the styling, I was home doing my part to use up some apples by baking a pie. Another one from the Magpie book. This is the beginnings of the caramel apple pie.

Between the apple sauce and the pie, the house smelled really good all day. 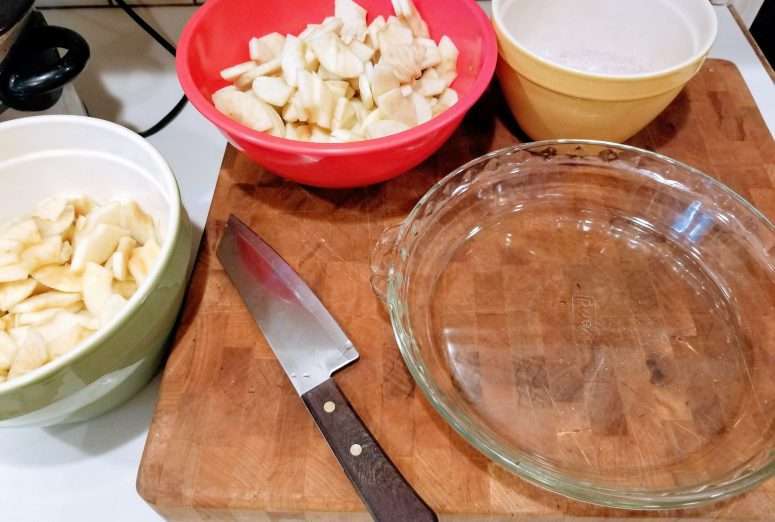 Later, we made the girls go on a forced march. Sometimes known as a family woods hike. Maybe not the best idea when they are already tired and hungry. Dash was happy. One out of three kids. Not bad. 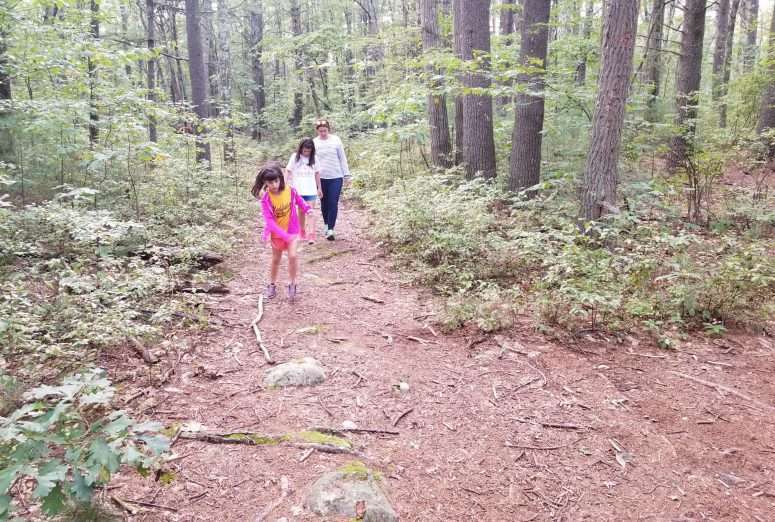 We gave up after that. The rest of the day was spent on the couch, mostly watching cooking shows. Turns out we’ve been buying a really terrible brand of coconut milk, according to testers. 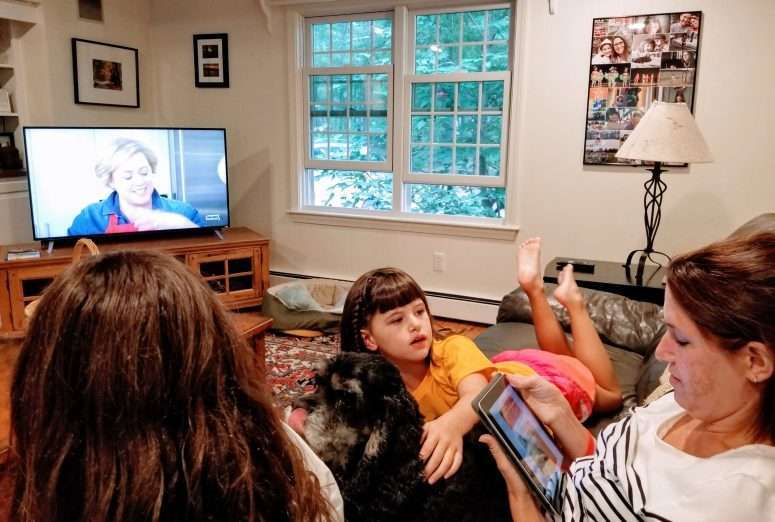 Clearly inspired by our PBS cooking show binge, Cecilia was eager to help with dinner. 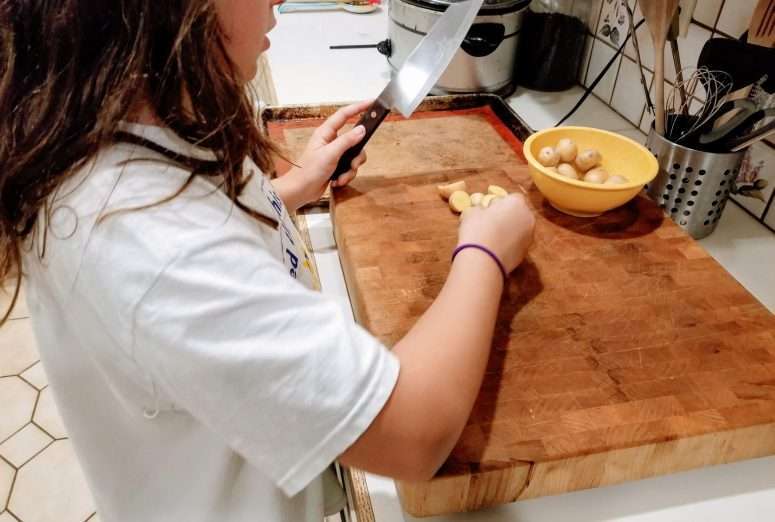 The running group takes its motto seriously (sweat, tears, bacon & beers) so after dinner, I slipped off to a local bar to meet up with people not dressed in active wear to at least fulfill two of the four on a Saturday. [pictures redacted] 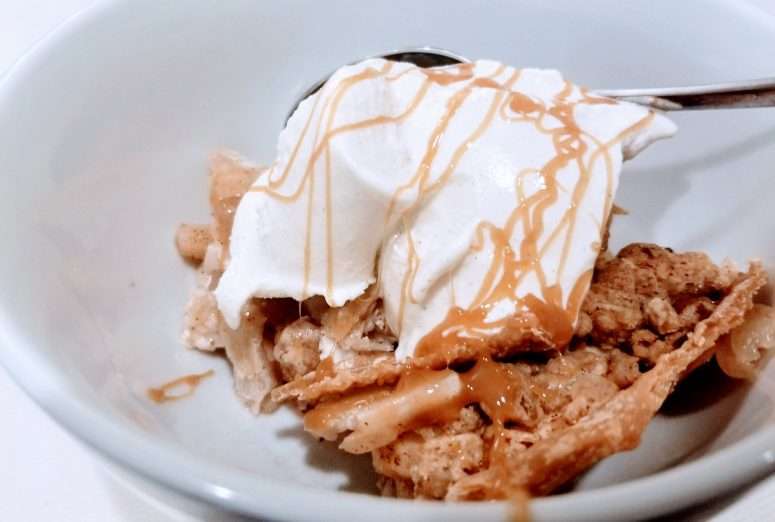