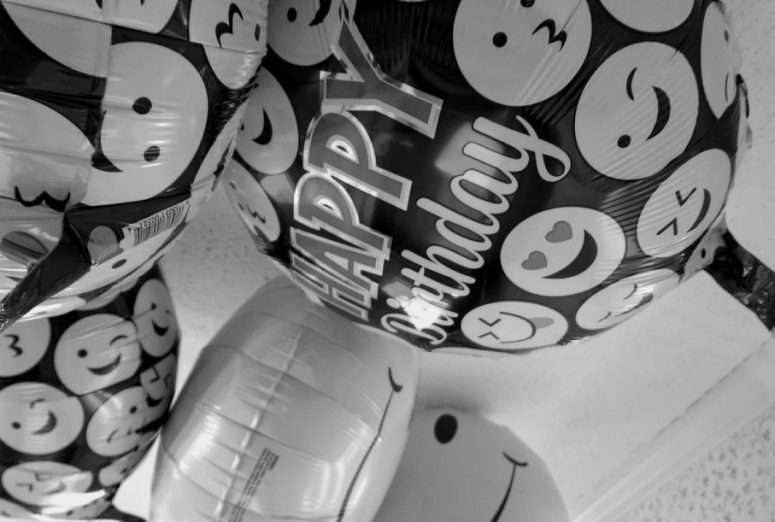 This was not a normal Saturday. Not when there is an 8th birthday party planned. You could feel the energy and anticipation crackling in the air before the sun was even up. Or Dad, for that matter.

Cecilia’s real birthday is not until next week, as she will most certainly remind you, but yesterday was the party. It was an emoji pajama party at the house, replete with an emoji-themed craft and a movie (Sing). Plus, ice cream cake, pizza and all the natural energy that a house full of 7 and 8 year old girls bring. Thank god, we have a basement that was able to contain most of it.

Before the afternoon party however, there was breakfast, party planning, party cleaning, party errands, party prep and another birthday party to attend. But we still started as we always do…..Full House re-runs and some couch time. 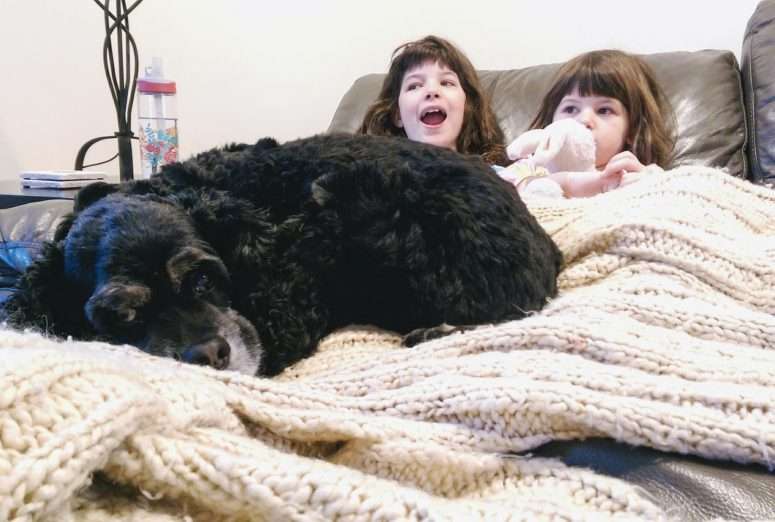 Dash’s feelings on watching Full House pretty much mirror my own, but the girls are big fans. We stick to the early episodes as we don’t need the girls learning about frat parties, kissing or really anything from one of Stephanie’s very special episodes. Much better to deal with Michelle running away, spelling bees and Jesse’s obsession with his hair. 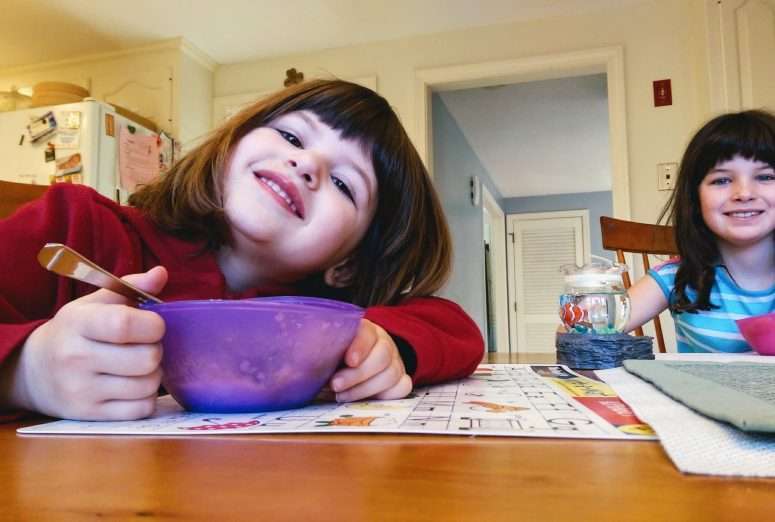 The girls were so excited to start party prep that we were actually able to get them off the couch to eat breakfast. Side note, probably about time we started ditching the toddler dishware. 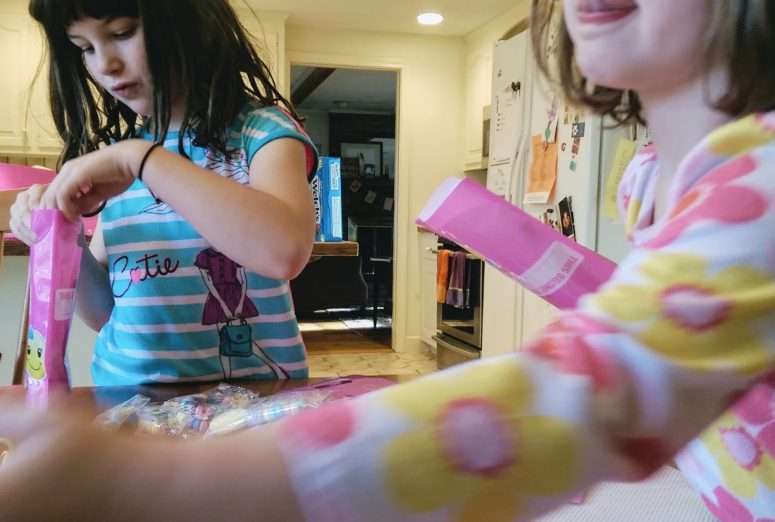 After breakfast, it was time to get into full-on party mode. They started with making the (emoji) gift bags. 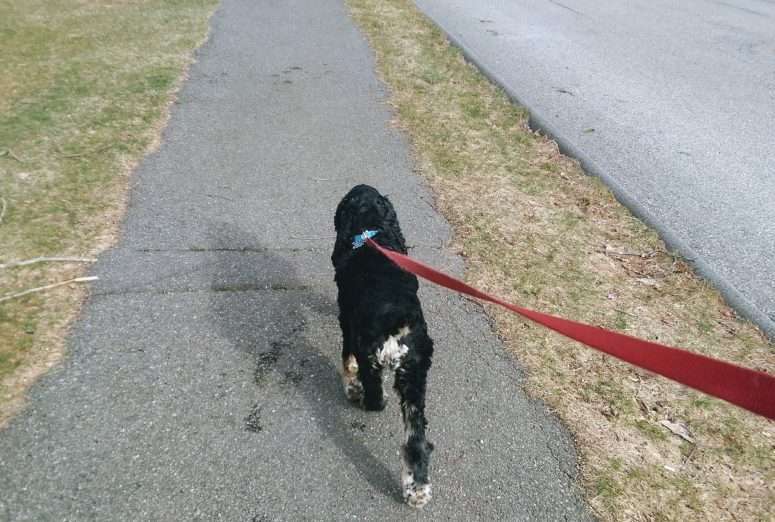 During this, the men escaped the house for some fresh air. Sadly, with a vicious tick season predicted and all the recent rainy weather, our time tromping through the woods is over. We are back to walking the sidewalks. 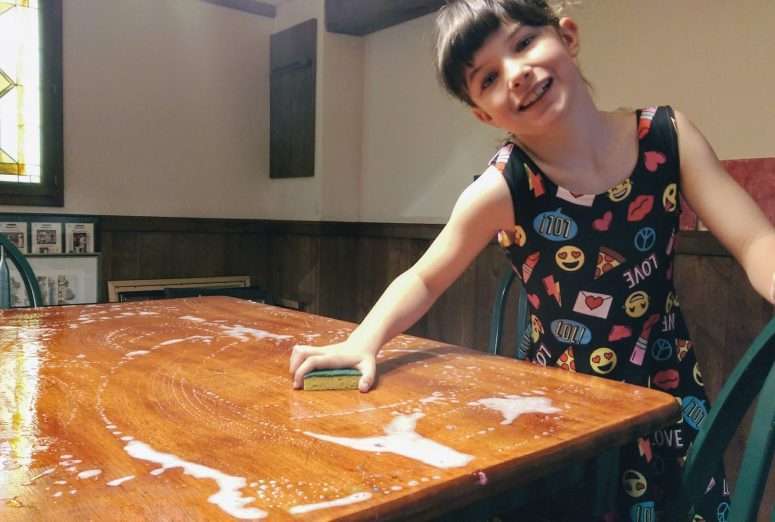 By the time we returned home, the gift bags were done, there was an outfit change and the party prep had moved downstairs to cleaning up the basement. There were multiple strata of dried art projects that needed to be scrubbed and buffed clean from the table top.

After the basement was straightened and cleaned, Michelle and Ally dropped Cecilia off at the morning birthday party (many of the girls were doing multiple parties, so I was a little worried what their mental state would be by the time they reached our house later in the day) and then went to get the cake. 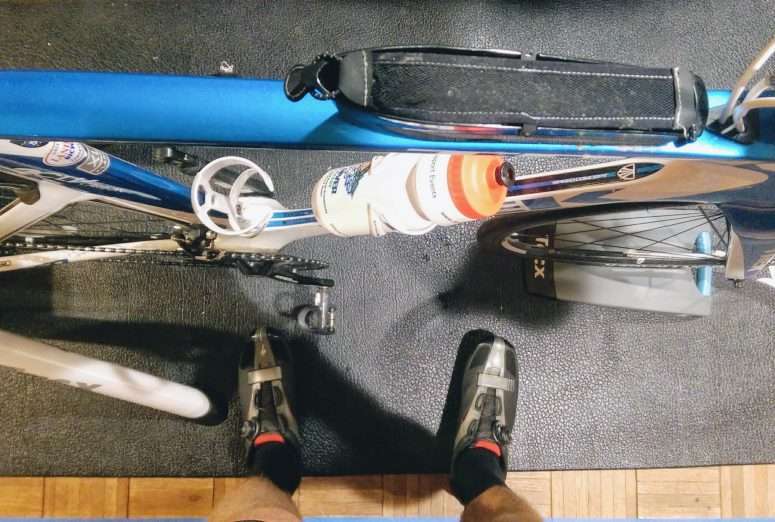 With the girls away and the dog already walked, I was able to squeeze in a trainer ride before the 8 year old home invasion. It was nice enough to definitely ride outside yesterday, but still cool. I don’t have all the cool weather riding gear, so I’ll be waiting another month before I can get outside. Sixty minutes on the trainer while catching up last week’s Americans. 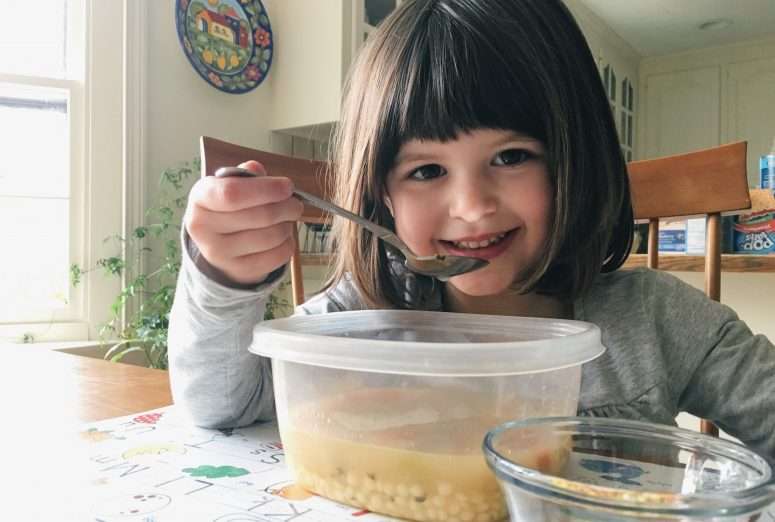 Ally had a lunch of soup and Nerds (the smaller bowl). Thank you, supermarket sample for the Nerds. Really? Of all the things at your disposal, you choose to sample candy? 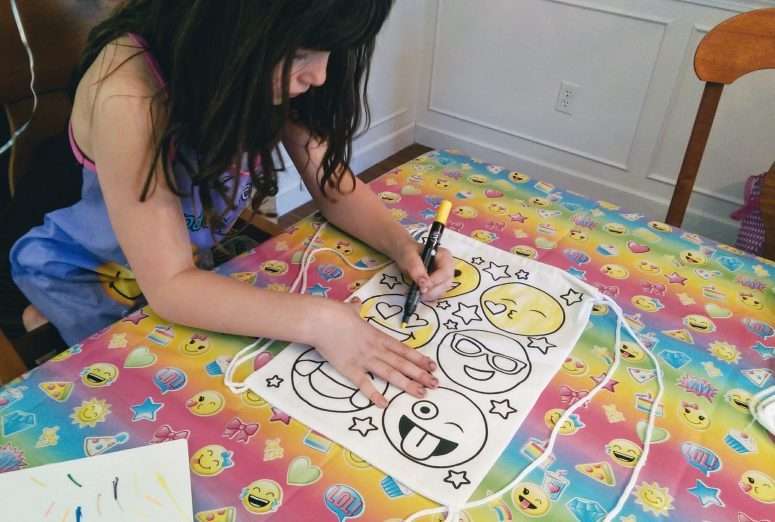 Then it was time to feed the little monsters. Let me tell you, little girls can really put it away. Between the 10 of them they finished off 2 large pizzas. I was rather impressed. 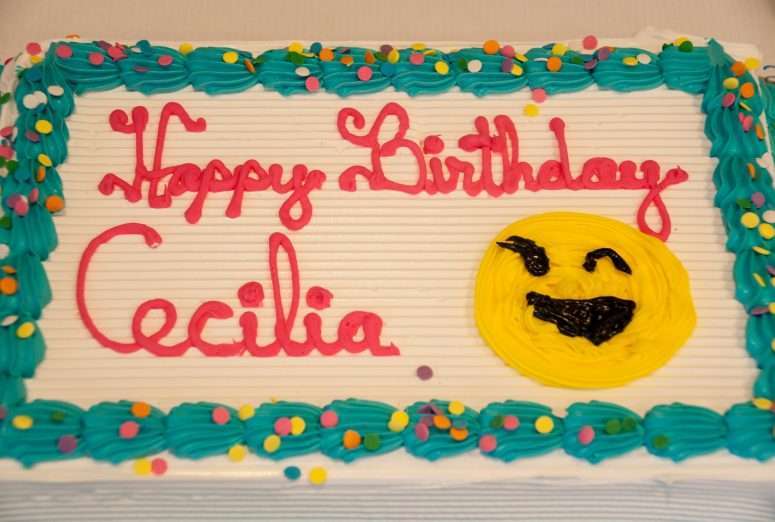 Cecilia is one of those 2% of kids that does not like frosting or icing, so she decided on an ice cream cake (where she could carve the ice cream neatly away from the terrifying blue frosting). Her one stipulation was that we had to add an emoji to the cake. Mission accomplished! Mostly. 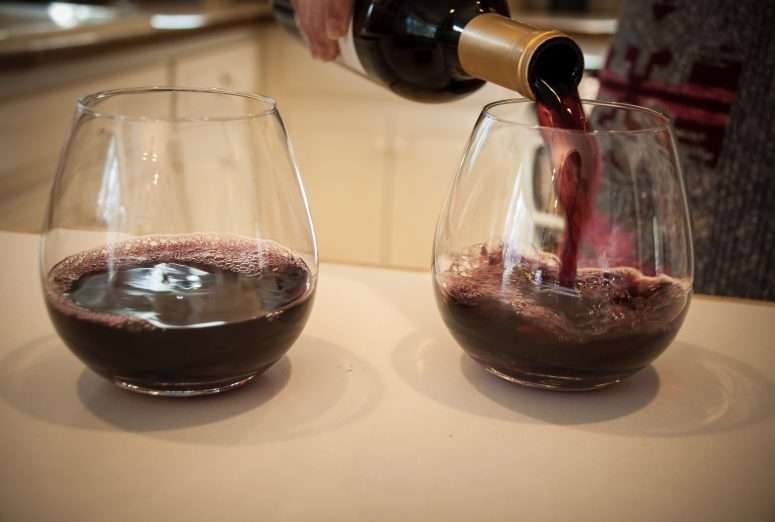 Oh, did I not mention the wine? There was wine. Or, survival juice. 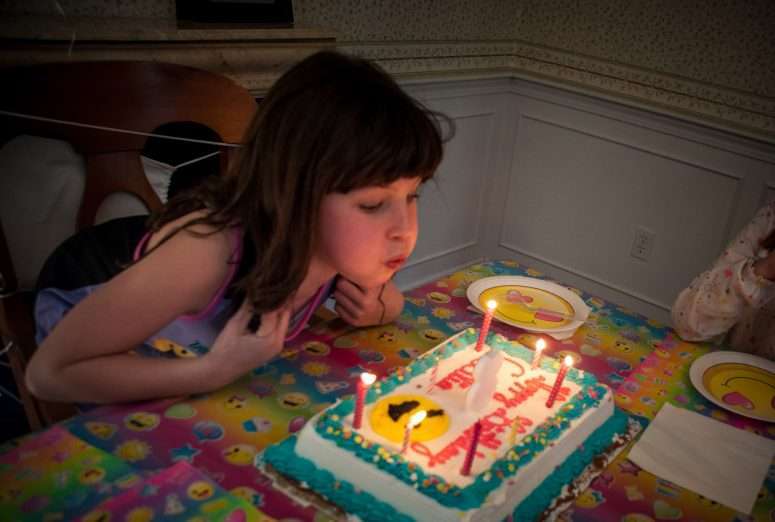 Back to the party. The cake was a hit, though I think many of them were stuffed from all the pizza. Or perhaps disturbed by the taste of that blue Carvel icing. 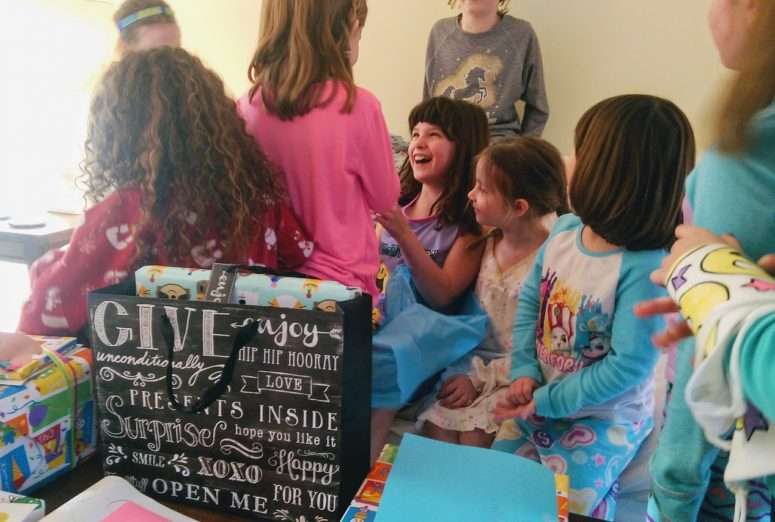 After pizza, it was time to open the presents. You would think this would be boring, but all the girls really got into it. 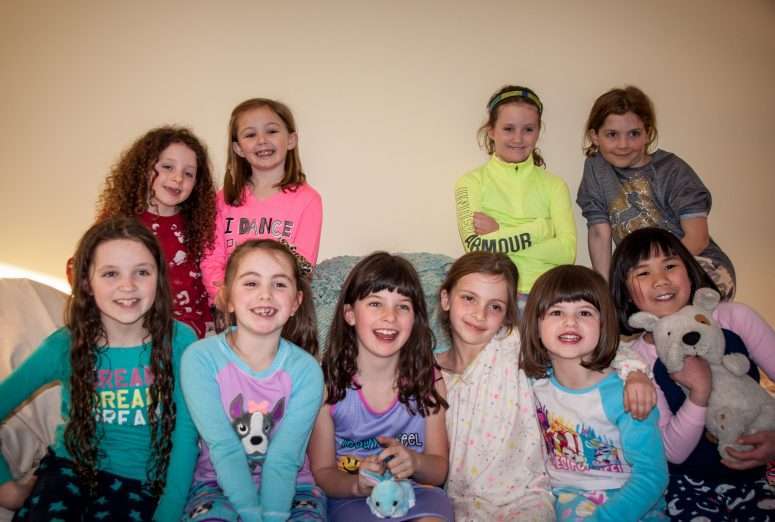 After the presents were open, we managed to corral the giggling horde long enough for a picture before sending them back down in the basement for the movie while we finished the wine.

All in all, no one cried and as far as I can tell, they all left still friends. I consider that no small feat when confining a bunch of girls to one place for over three hours.

The end of each party is a bit like the closing ceremony of the Olympics, will it be declared the best Olympiad ever? Once the door was shut and Cecilia finished another piece of pizza, she turned to us and said, “That was the best birthday party ever!”

She then started planning her nine year old birthday party.