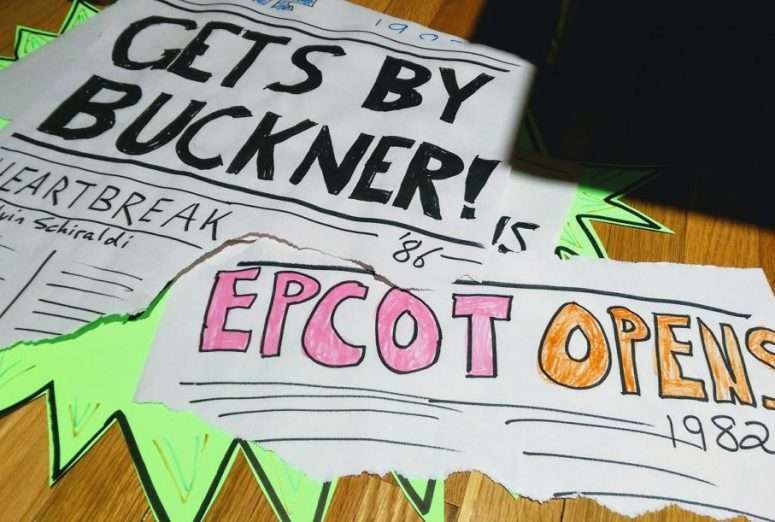 What was supposed to be a very busy day merely turned into a busy day. I had planned to drive into the city to pick up a desk and chair off craigslist, but we had it sniped away from us at the last minute. The perils of used furniture shopping. The quest to fill out the living room continues.

The upside was that not having to drive to Cambridge opened up the morning a bit and suddenly squeezing in a trainer ride wasn’t going to be such a logistical feat. Plus, there was another birthday party. It appears we are in peak birthday season for Allison. This is her third in 2 weeks. Here’s what the rest of the day looked like…

It has stopped snowing by Saturday morning, but the wind hadn’t let up at all. An indoor workout suddenly seemed a lot more appealing. I felt for those locals training for Boston (only a month or so away!) and having to get that 20 miler in today. Talk about mental toughness. 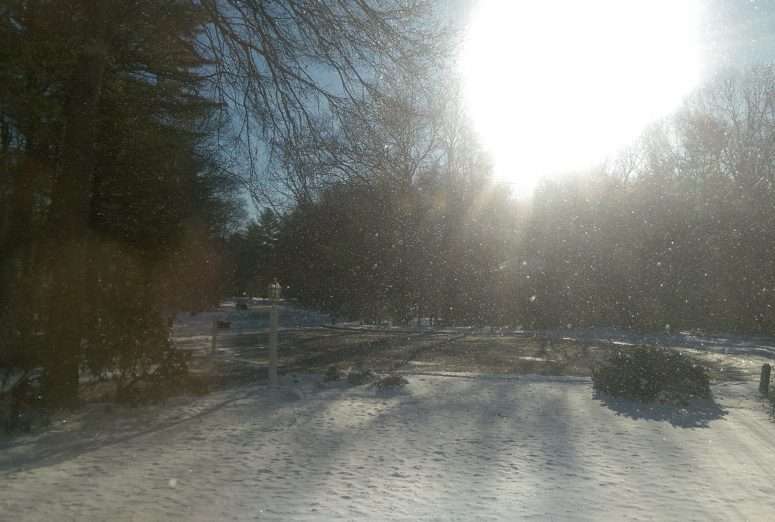 With or without below zero windchill, the girls started the weekend where they always do…. 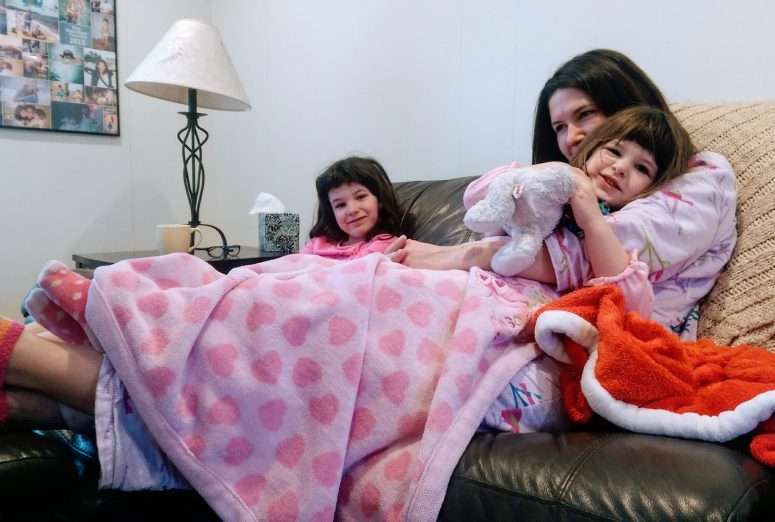 Breakfast was some warm Irish soda bread. Given how much Irish blood these girls have, they better like soda bread. 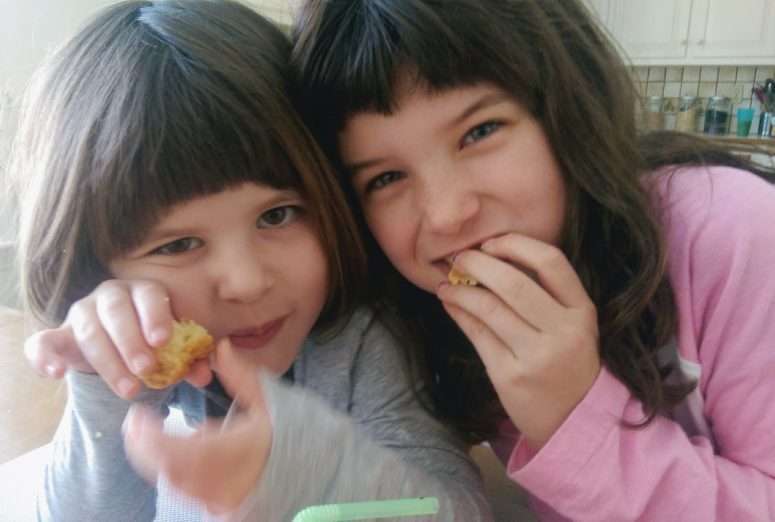 With the girls occupied with blankets, breakfast and a few shows, I snuck down into the basement for a trainer ride. I think I might have pushed it a bit too hard with the last few workouts. My legs were absolutely dead. I’m also fighting off a minor cold, so that might have factored into how I was feeling. I was supposed to go 90 minutes, pretty steady, just under FTP, but it was all I could do to get to the hour mark before I pulled the plug. 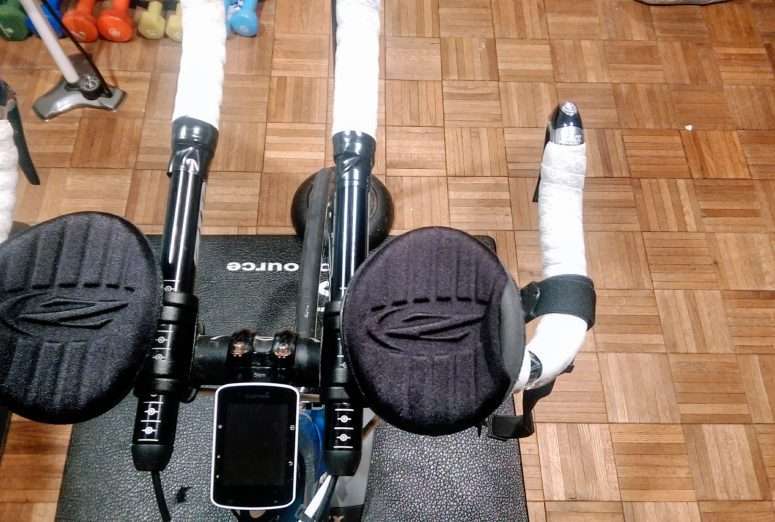 While I was down in the basement riding, I had some company toward the end. Girls and American Girls. 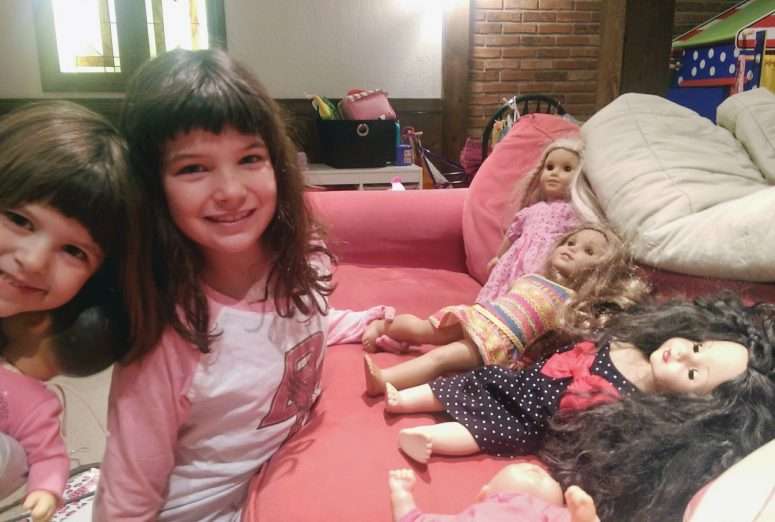 Just getting to the point where the girls can mostly entertain themselves without constant help or supervision which means occasionally Michelle gets to do something for herself, like play the piano. Dash is always a good audience. Anytime we are in the living room during the day, he will find a warm sun spot. I’m convinced he’s part cat. 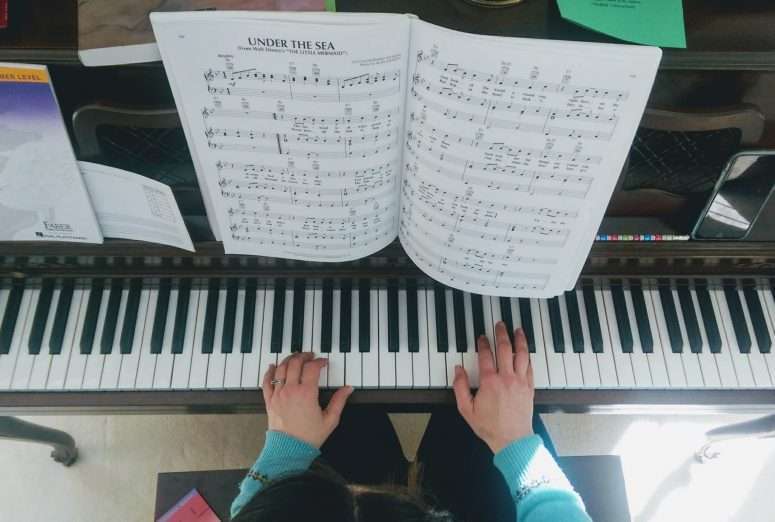 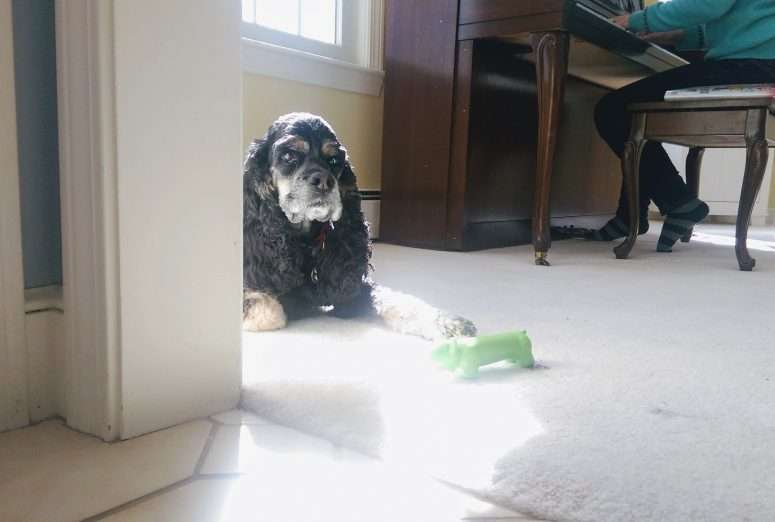 After a quick shower and smoothie, it was time to take Cecilia to her dance class. Recital is coming up soon! 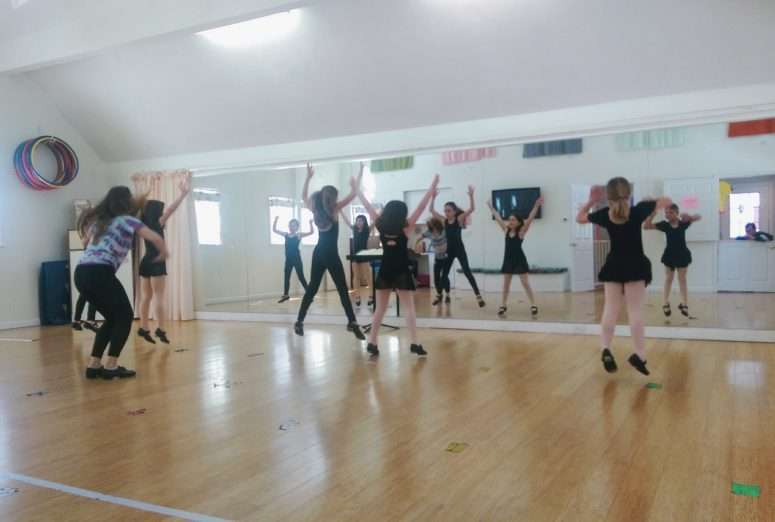 Meanwhile, while Ce worked on her (3!) routines for the recital, I hit up the grocery store for some quick supplies to get us through the weekend. I’m addicted to pretzels and The Snack Artist brand has the best combo of dark color and salt in my opinion. 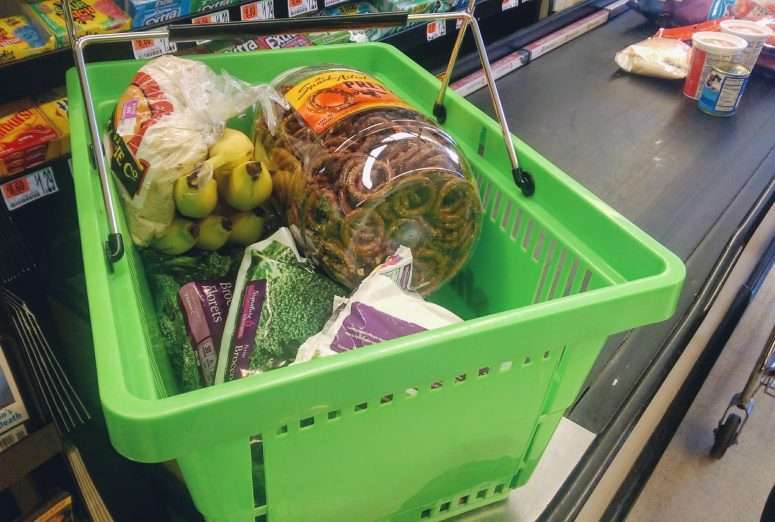 After dance class, we had to hustle over to a friend’s house for the birthday party. Allison was attending and Cecilia was helping out with the games and food. Sugar, plus games, plus friends equals a hyper good time for a gaggle of four year old girls. 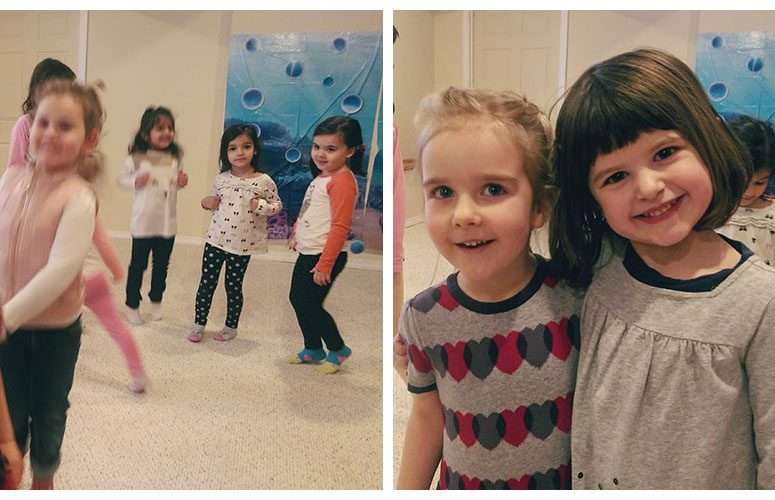 While the girls were at the party, Michelle and I were able to skip out for a quick sushi lunch. Took a bit of a risk with an unknown sushi place, but it turned out great. Yummy. 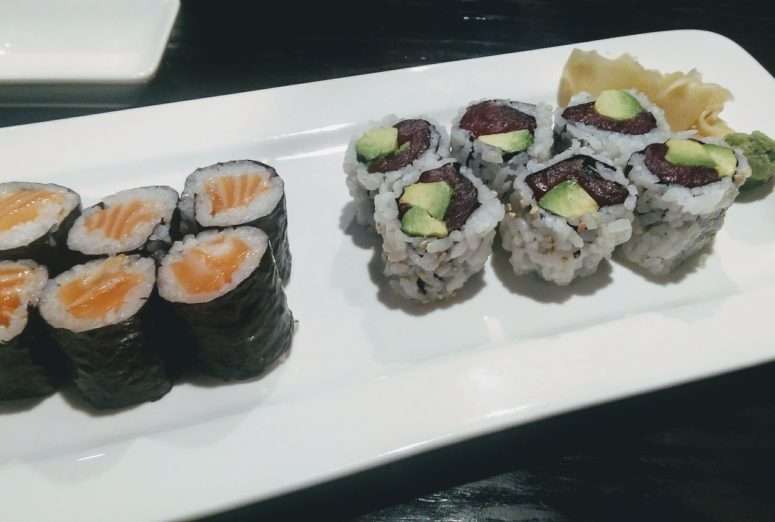 At this point, the bike workout and the cold were taking a toll. I was feeling exhausted and snuck home for a quick nap while Michelle picked up the girls from the party.

After recuperating slightly with my nap, I woke up to this scene: 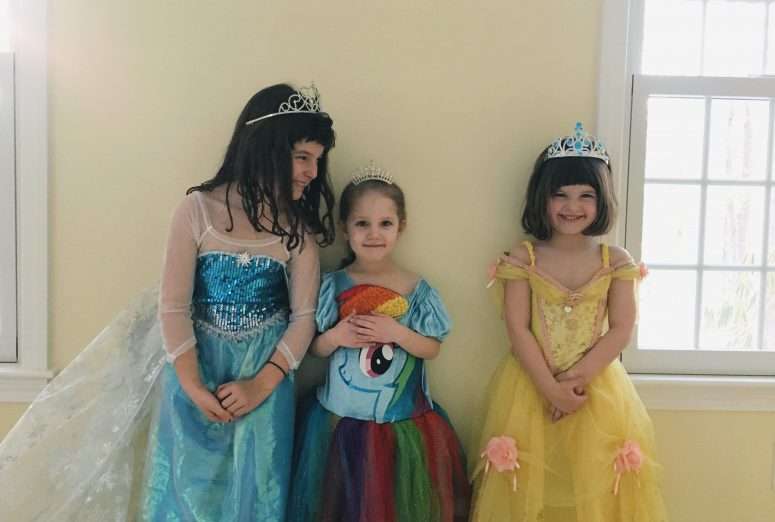 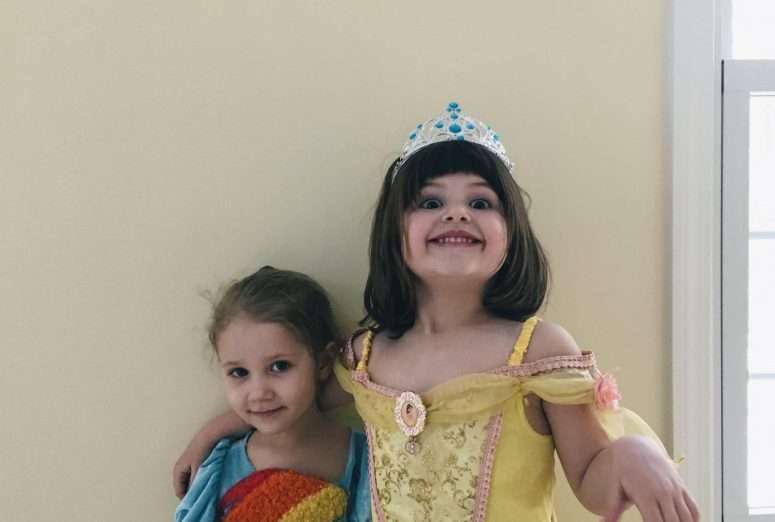 While the girls played, I got busy prepping some pizza dough for dinner. I made the Sicilian dough (really like the taste and easiness of this recipe) and we used a store-bought dough for convenience for the second pizza. If you are going to make pizza, you might as well make two, right? We topped the Sicilian with half roasted Brussels sprouts and the other half wild mushrooms. The store bought dough we used pureed sweet potato for the ‘sauce’ and topped with cheese and cartelized onion (pic below). 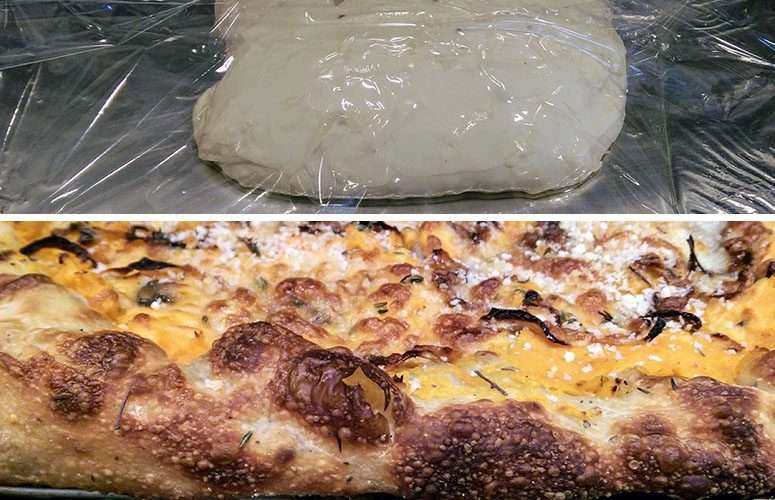 Our friend is hosting an 80’s night as a school fundraiser next weekend, so we took the pizza and the kids over to her house to help make some posters to hang on the walls. 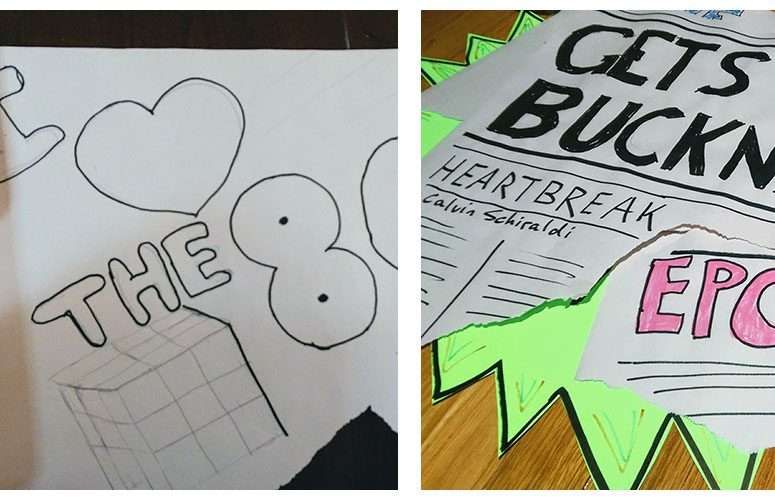 By the time we got home around 9 (really 10 with daylight savings time), everyone was tired and we called it a night.