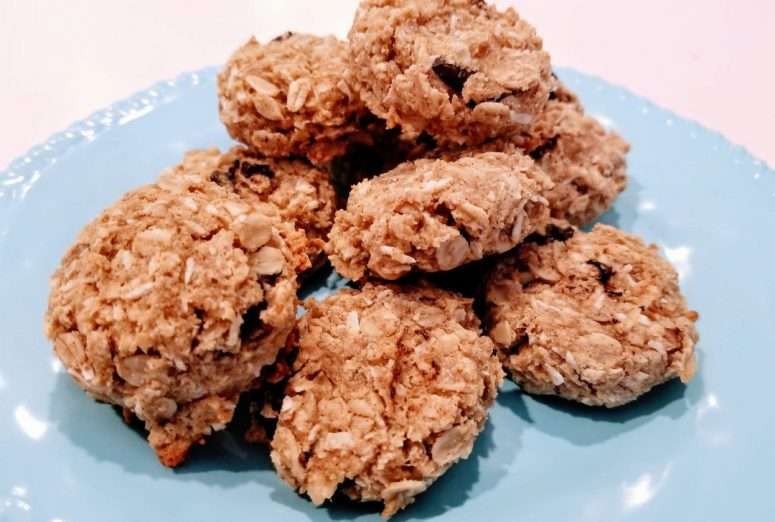 One the few recipes I was disappointed with in either of the Run Fast cookbooks was the banana coconut cookies. I love cookies, especially ones that I’ve been give permission to eat at breakfast. What’s better than starting the day with coffee and a cookie and maybe a run?

The first attempt at the recipe wasn’t a total fail but I wasn’t in a rush to try them again. Turns out a probably should have made a decision based on the actual recipe as written not one I had blithely changed. Turns out not all flour is created equal. Just assuming that I could sub in splelt for coconut wasn’t the best decision and likely contributed to the funky texture of the final product.

Thanks to a kindly reader suggestion, I went back and tried the recipe again, this time with the coconut flour and following all the proportions exactly. Except for adding the chocolate chips. I always add chocolate to a recipe when I can get away with it.

You can probably guess what happened… 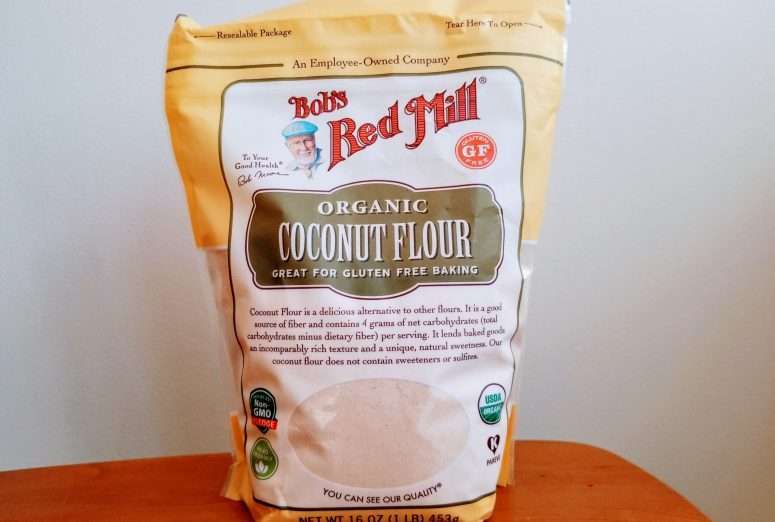 I basically assume any flour beyond AP or whole wheat is expensive. Turns out that is not always true. It was $3.99 for this 1 lb bag of organic coconut flour at my local food store. Not cheap but nowhere close to almond flour. 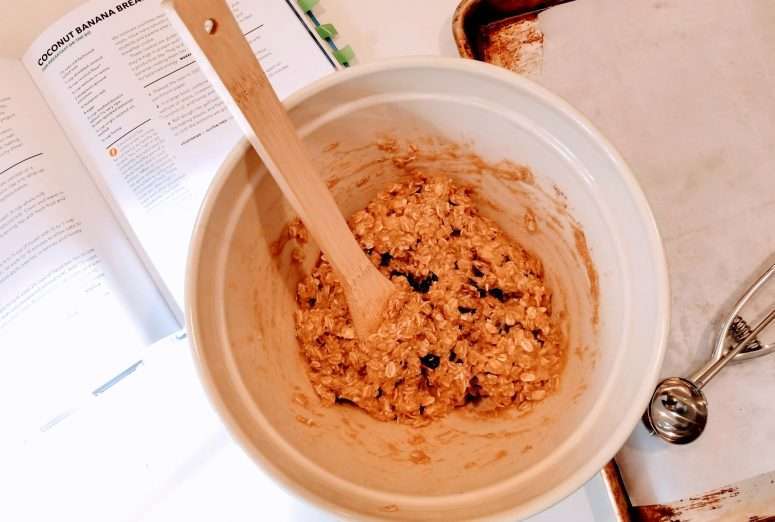 You can check out the previous post for all the recipe details, but even with some of the more non-standard pantry ingredients, I really like that this is a true one bowl recipe that comes together quick. 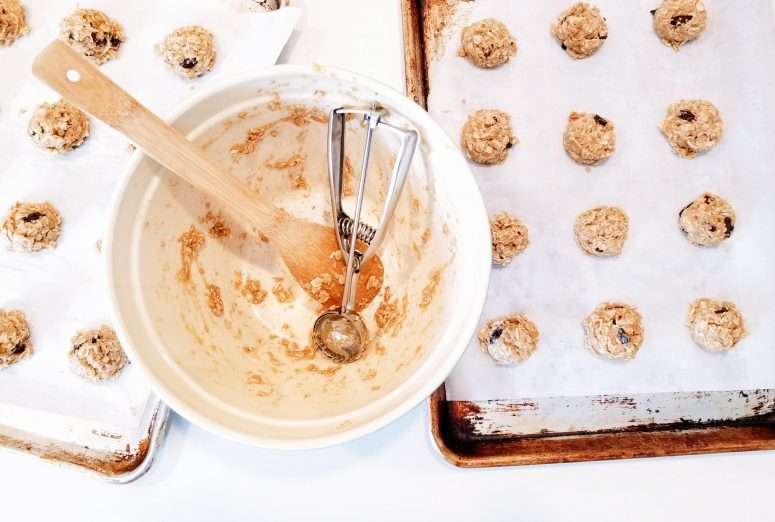 One thing that should probably be noted in the recipe: the batter/dough is a lot easier to work with if you let it sit for a few minutes after mixing the wet and dry and the flour starts to absorb some of the moisture.

I used a #40 scoop to make exactly 2 dozen cookies from the batter. I smooshed the tops down a little after I scooped them.

I baked both sheets in the oven at the same time, rotating halfway, and baking the full 20 minutes. The cookie’s edges get a little brown but the color doesn’t change too much. 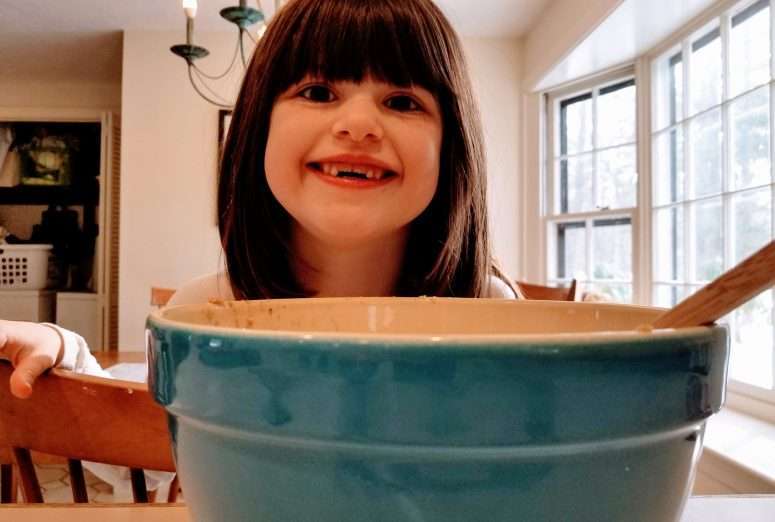 Always important to have an apprentice baker / bowl and spoon-licker on hand.

I’m happy I gave these another shot. The texture with the coconut flour was much better, less dense, but still soft with a little chew. I might try to flatten them a bit more and get a little more crispy on the edges or top. They are great for breakfast but also a good, stable energy boost for any part of the day for kids or adults. 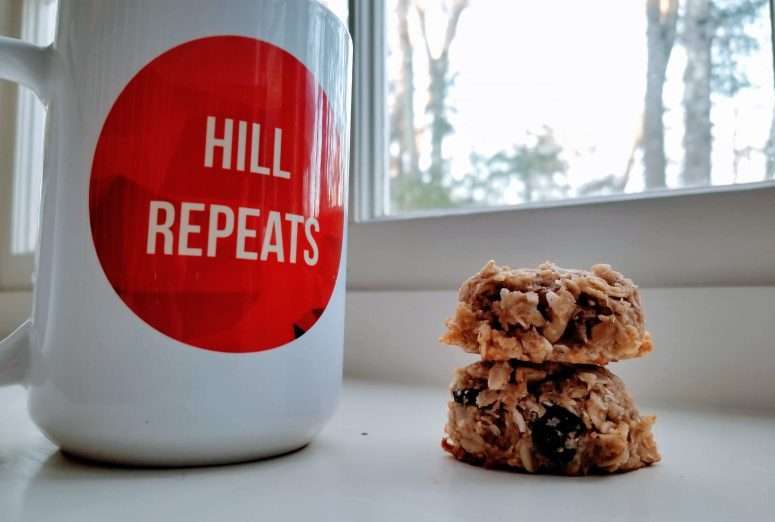