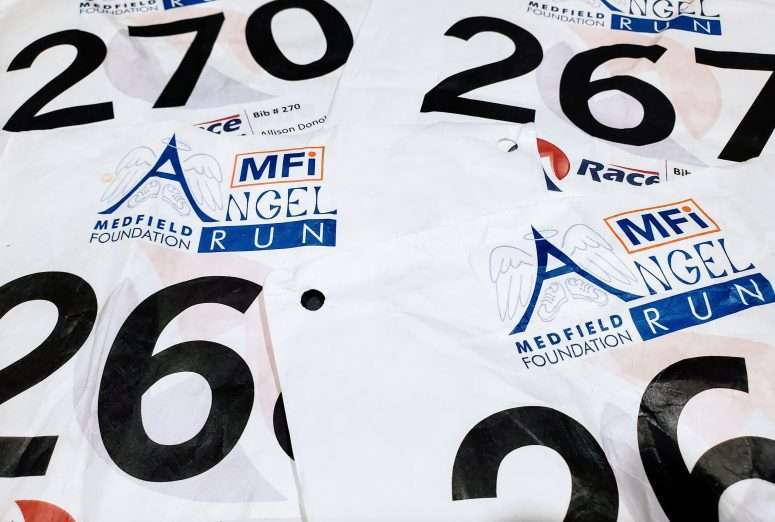 If I was appointed to a position where I could promote and influence running throughout the country (heck, the world!), the Angel Run 5k is the type of race I’d wish for every local community. It’s a family-oriented day built around a great cause and celebrates being active as a family. Yes, there is a competitive portion to the run (more on that in a second) but the vast majority of the race is kids, and moms, and dads, and dogs, and strollers, and costumes getting out running or walking the course. It’s a small, local race but it’s one of my favorite days of the year.

It was a full family affair for us. While I ran in the competitive corralle, Michelle, the girls and their grandparents all, also took part.

It wasn’t my best race, far from it, and I let myself get sidetracked by some negative thoughts but the rest of the clan was very happy with their performances. 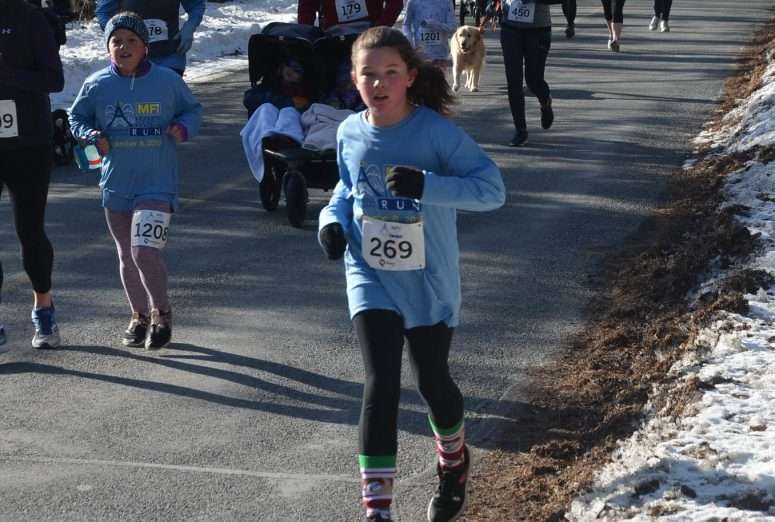 In the days leading up to the race, there were plenty of opportunities to pick up bibs and shirts ahead of time. There were options on Friday and Saturday, as well as Sunday before the race. Another plus for the race? It starts at 12:30 so if the day is going to warm up, it at least has a chance. No 7 a.m. runs in single digits. Not most years at least.

They’ve tweaked the course and the start over the years and now have it set up so there is a corralle in front for faster runners. It used to be very hazardous with all the kids sprinting out for 50 yards before coming to a dead stop. There is also now a long straightaway before you hit the first public road (there is a police escort and some police presence throughout but the roads remain open). 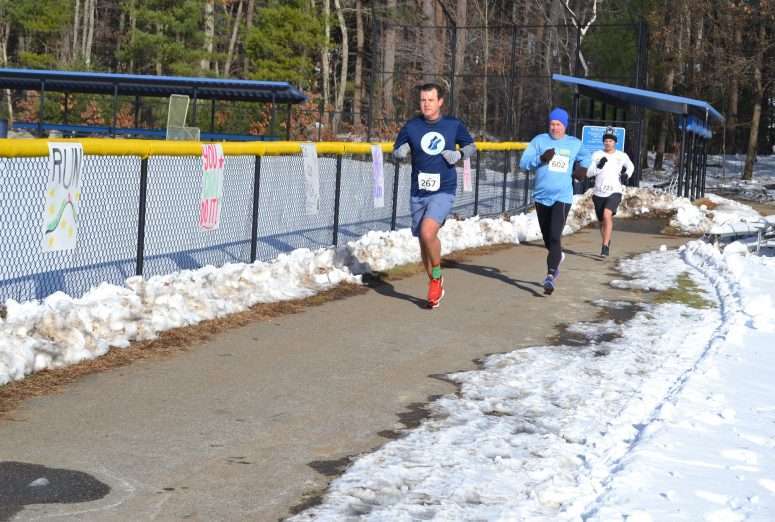 The race is very low key and I tried to sink into that vibe but I’m also very Type A and if you tell me it’s a race, I’m going to race. Unfortunately, my mind was willing but my body was not. I had tried my first Zwift virtual bike race earlier the week and it hammered my legs. I tried to go out conservatively, and I did, but I never actually got faster, I just got more conservative. The first mile was 6:22. That was right where I like to be. I was feeling okay at this point, actually.

The second and third miles are net downhills but that didn’t help me much. The wheels never came off completely. I think I did a decent job of staying present and trying to get through it. Mile two was 6:37 put the knives had started showing up in my quads (stupid bike bravado!).

Even with a big downhill in mile three I slowed precipitously and let three guys pass me. I did manage to find a little spurt at the end and hold off a second pack that was trying to chase me down.

A couple good lessons learned. Or re-learned. With the Addison’s, if I want to really race, I need to be fully rested and prepared. A hard effort even four or five days out now is going to have a lingering effect. I’m not a spring chicken anymore. I’m over forty with a chronic disease.

Second, I could do a better job of staying positive mentally during a rough race or a rough patch of a race. I need to cut off negative thoughts before they can start influencing my performance. I need to keep the feedback loop positive and focus on the next step or moment. I need to keep at it and stay resilient. Be aware of my body, especially with the Addison’s, but don’t use it as a crutch or excuse to get down on myself of bail out of the race.

There are a lot of cookies and sugar and hot chocolate to refuel after this race. There are a ton of donated baked goods to go along with the holiday race theme.

You will also find water, fruit and a few other typical post-race refreshments. Just look for the table with no one around. The kids love the cookies!