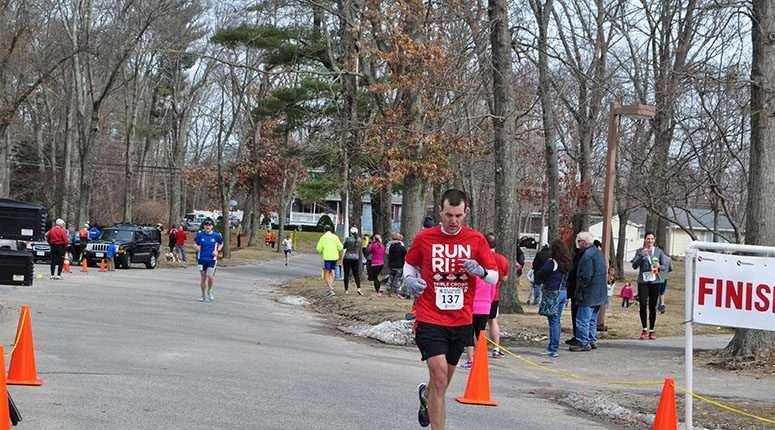 As you’d imagine, there are not a lot of mid-winter races in the Northeast, a couple, but not a lot. One local race that I’ve been trying to run for going on four years now is the Old Fashioned 10 Miler put on for the last 30 years by the Wampanoag Road Runners. It had never been canceled in it’s history until I signed up. Or so it seems. In the past three years, it’s been canceled twice due to snow storms and shortened to 5 miles due to icy road conditions.

This year was cold and overcast, but even with some snow on the ground (it is February in the Northeast after all), I finally was able to run the full course. This would be the longest race since my diagnosis and while I’d done a few long treadmill runs, I wasn’t totally sure what to expect, especially in the second half of the race. The goal was to have fun and finish strong. Yeah, that was it.

After the weather interruptions the past fews years, I decided to wait and if it all looked good, do race day reg this year. I typically like races organized by running clubs as they attract a speedy field and are well-organized. So I wasn’t surprised when faced with a decent line pre-race, they moved us all through quickly and efficiently and I soon had my number and my pins and was looking for a spot to stay warm until race time.

It was clear and cold, right around freezing, but feeling colder with the occasional gusts of wind, so I opted for pants (rare for me in a race), gloves (nothing worse – cold ears? –  than cold hands during a race), hat and many base top layers. I’d likely be a sweating mess by mile six and regretting a few clothing choices, but I hate being cold, so it was worth the tradeoff for me.

The one logistical thing I would complain about with this race is that the start is a good distance from the finish line, maybe a half to three quarters of a mile and you need to walk past the line to line up. Meaning you have to wait for everyone to trudge on over before starting. And no one wants to stand out there for too long, so, prodded my the event MC, we all make the walk to the line. Then wait for all the last minute porte-potty or just plain late people to show up. A quibble sure, but something that seems correctable.

With no other goals than enjoying myself and feeling good, I settled into a comfortable pace after the start and just tried to stay there. I ran into a friend around mile 3 and told him that I was planning on clicking off 8 minute miles and just have fun. That sounded like a good plan. Miles 1 – 4 were 7:59/7:49/8:05/8:01. Miles 3 and 4 were through some state forest roads and offered some good scenery, though accompanied by some mild hills. 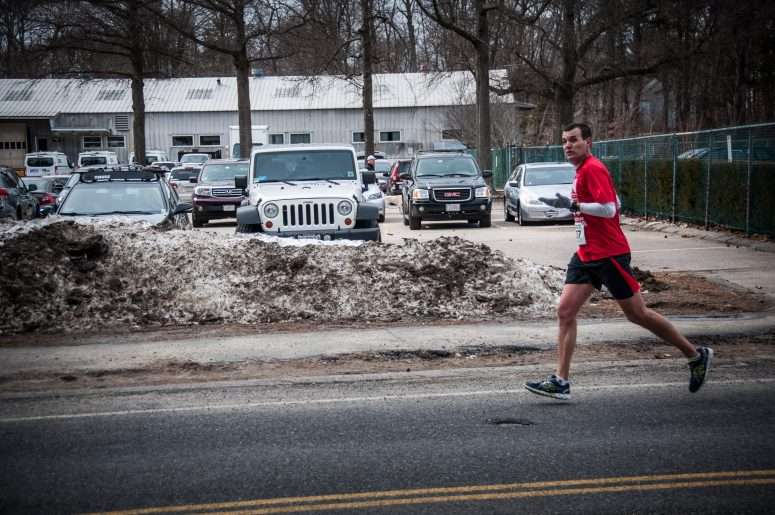 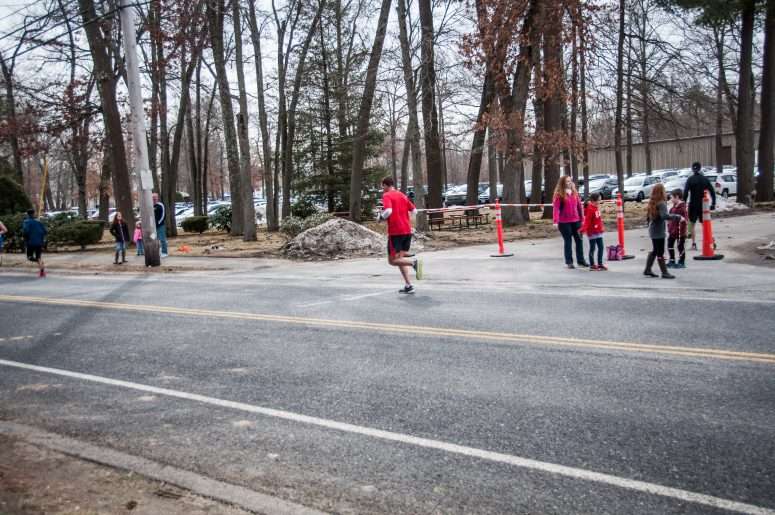 I had a nice surprise right around the halfway mark. The girls, caught up in road closures and cops directing traffic were stuck on the course, but I happened to run by right when they were at the front of the line so I got some nice honking and cheering. I needed that boost as I was starting to feel the miles. Miles 5-7 were at 7:56/7:58/7:52.

I was feeling ok, not great, up to the hour mark, but the last 3 miles were tough and I think I felt the lack of distance training and long runs. No way to fake a long run. Mile 8 had the biggest elevation gain, and the type I hate most, a long, gradual uphill grind. This really took some of the starch out my legs and I was very thankful the last 2 miles were downhill even if only slightly. I was hanging by a thread coming into the finish. I wasn’t able to pick up the pace and it took all I had just to maintain.

I finished in 1:19:47 for a 7:56/mile pace. So the numbers went according to plan, but the effort level was far from enjoyable! I still have a ways to go get 10+ mile endurance back.

Some fast folks out there today. I suppose the only ones doing a 10 miler in February in New England are serious runners. Typically I’m near the top 20%, today was closer to the 50%.