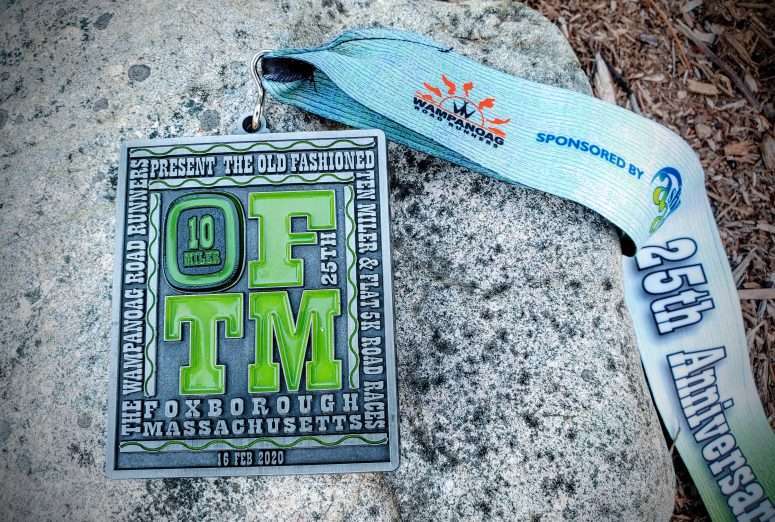 This year’s Old Fashioned 10 Miler was going to be about redemption. At least, that was the plan. Last year’s race went off the rails almost immediately. Despite not really training more for the distance (I’ve been on the bike a lot more this winter), I was determined that this year would be better than last. I did everything I could to make sure this year left me with better memories. I managed my taper, my fatigue, and my meds carefully in the lead up to Sunday. But you still never know. You gotta toe the line and find out. 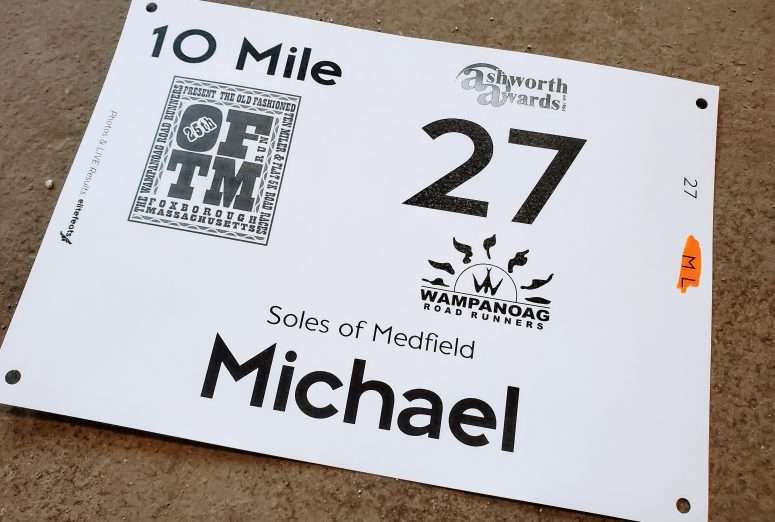 This was the 25th running of the OFTM run by the Wampanoag Road Runners. I’ve always liked races organized and run by running clubs. They usually have the runner’s needs in mind and know how to structure things to make it easy to prep for and recover from the race.

The OFTM is no exception. Online sign-up was simple and while no pre-race bib pickup was available there were more than enough race volunteers ready on race day to make number lookup, bib pickup, and swag bag grab a one or two minute process.

Another great thing about the OFTM, all of the prep and pickup takes place indoors.

With the growth of the Soles in the last year, for the first time, we took advantage of the running club room. An indoor room (though lightly heated!) separate from the race registration area. This gave everyone a nice place to meetup, congregate, stretch and leave bags and clothes during the race. 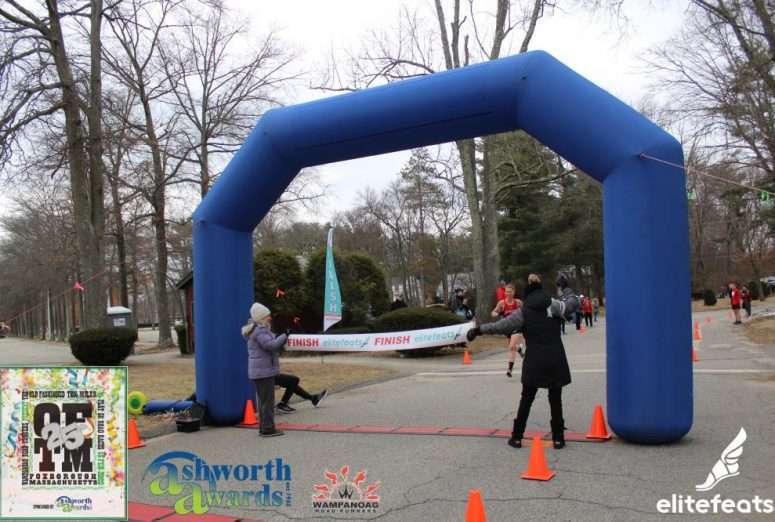 The OFTM offers a 5k, a 10 miler and a unique half marathon combo with a cumulative time and ranking for those that run both. I’ve done the bad ass half in the past, but opted just for the 10 mile redemption run this year.

The 10 miler start line is about a quarter mile walk from the finish (and the indoor area for runners to wait). This year the weather was chilly (it is February after all) but sunny (and much warmer than the previous day’s high of 8 degrees) with little wind so the walk over and wait for the start wasn’t as bad as in past years. After a few cursory announcements and a singing of the national anthem, we were off.

After a mild, almost unnoticeable, net uphill in the first mile, mile 2 switches to a big downhill, the biggest of the race, before a couple miles of rollers start through a mostly wooded section of the course. The start is pretty representative of the course as a whole, which has a short, fast climb approaching mile 8 but is mostly rolling ups and downs on suburban streets.

I tried very hard to go out conservatively. My back of the napkin race plan was to keep the first 6 or 7 miles around 7:00 per mile, hopefully a few ticks on the postive side and then just run by feel (i.e., kick it to the finish).

I went out in 7:04, a much better long-term pace for my fitness level than last year’s 6:43. I was a little quick on the second mile by the clock 6:53, but taking the hill into account it was atually a slower adjusted pace 7:11 than the first mile. So far, so good.

Even better in mile 3 as I was able to get the legs turning over up and down the hills for a 7:02 mile. Last year, I could tell by the woods that it was going to be a rough day. This year, I felt really good. Breathing felt, legs felt strong. I was passing people this year in the woods.

The good vibes continued through the woods (mile 4, 7:05) and into the long net downhill of mile 5 (6:49, hmmm a litte quick). At the halfway mark, my predicted finish time was 1:08:40 which would be almost a 5 minute PR on this course and my fastest 10 miler ever.

This year the middle third of the race was my best section. Despite the fast, quad pounding downhill, I kept up the pace for mile 6 with a 7:00 even. 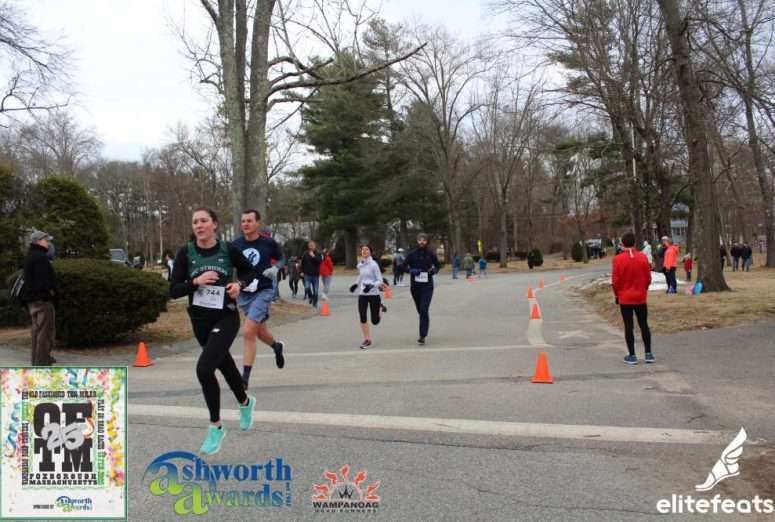 Mile 7 looked good by the numbers 7:05 on a slight net uphill but I remember starting to feel some cracks. The small group I was chasing started pulling ahead. Maybe that hill I remembered at mile 8 was getting in my head. I might have built it up in my memory more than necessary. It took its toll but it wasn’t a mountain.

Mile 8 was 7:18, by far my slowest but it was still a 7:03 GAP. I also close well on the hills and had clawed back right behind one woman. Keeping in touch with her helped me rebound and kept me going through mile 9 (6:58) and mile 10 (6:52). I was passed by one strong runner but did manage to catch two others and almost re-pass the runner that passed me with a half mile to go.

There’s a good food spread post-race, especially if you like chicken salad. There’s mac ’n cheese, bagels, peanut butter, bananas, water and coffee. You could also hit up some of the samples from the on-site vendors or from your swag bag if you wanted.

There’s free massage therapists, along with many raffle prizes based on your race bib.

Along with the swag (a t-shirt if you register early enough, samples and sponsor coupons), you get a nice finisher’s medal.

There are awards for the overall and AG top 3, but I was far from the podium so I’m not sure what they are.

This is a very well run race that brings out some seriously fast runners for the middle of a February but also a wide swath of times throughout the pack. You won’t be running alone in either the 5k or 10 miler.

There aren’t many 10 milers anymore, it offers a good mid-winter chance to get some tempo work done for spring marathon training. Or just stay motivated to be fit through the snow and cold.

Indoor facilities are a plus and while the swag and food is mostly no-frills, it’s solid and plentiful. I’ll keep coming back.