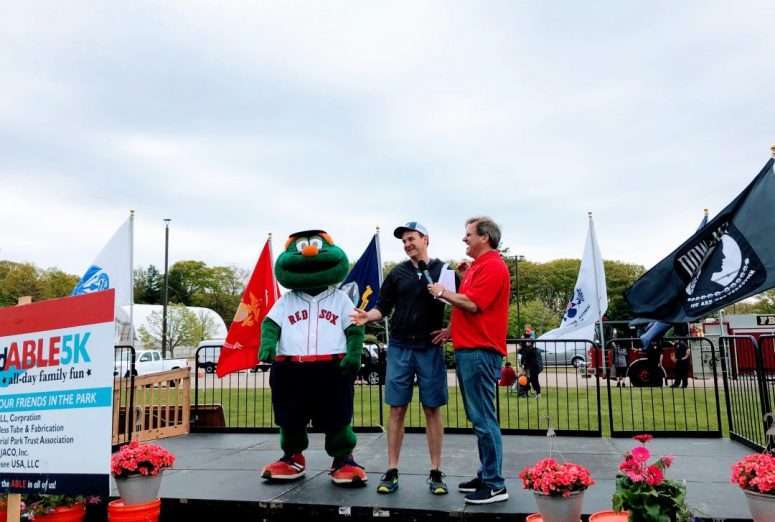 “Keep showing up.” I’m not sure Des Linden meant her now famous quote quite so literally but that’s what I did and just like it eventually worked out for Linden, it also worked out nicely for me, too. 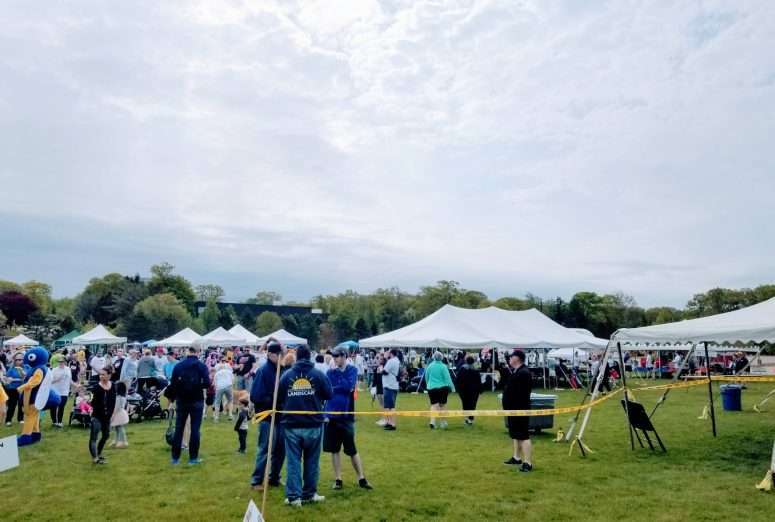 The race weather was overcast but pleasantly warm for early May in the northeast. Pretty good for running, a little humid, but no direct sun. Perhaps not as good for the post-race activities and race day sign ups. Field was a little smaller this year. Their loss.

The race also includes a 5k walk. In the past, the walkers have gone after the runners finished. This year they would go at the same time as the runners. This would allow all the post-race festivities to get going a little earlier. This decision turned out to have a big impact.

I’ve probably run this race six or seven times now. I know this course. Flat start that quickly picks up to a long, grinding climb that lasts for almost a mile before hitting the turnaround and getting a nice downhill almost to the finish.

With a small field, I’m usually near the front but not at the front for this race. This year, I found myself right at the front. As we approached the gentle left that signaled the start of the hill a big group of volunteers were on the corner and directing us to right. I knew that wasn’t the course but they were very insistent. Very.

I went right and did a lap around a parking lot before climbing back up and starting up the regular course hill. I thought maybe they’d made a course change and I hadn’t paid attention. Shame on me. I knew I had to still get up the hill but thought the downhill was now that much closer. 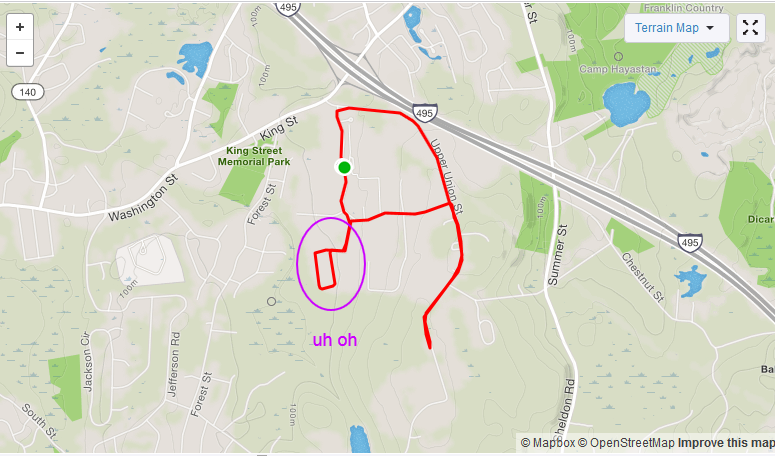 Mile 1: 6:07
Pretty quick for a mostly flat mile. Maybe too quick but I knew the downhill would help me maintain my speed. I was ten or twenty yards clear on the second guy by this point.

The hill was still the hill, a solid 100 ft of climbing in about a half mile. That first 6 minute mile started taking its toll near mile 2. As I kept searching for the turnaround, I began to suspect that the volunteers had sent us in the wrong direction. You can see my erratic pacing as I tried to find my legs after the hill and also adjust to a now unknown course length.

Mile 2: 7:02
That’s a 6:35 if you factor in the hill. Not bad but I was feeling that first fast mile and mentally the course change was screwing with me.

I made the turnaround and could see that unless I completely blew up, even with the extra distance, I was likely to stay in front. I took some energy from seeing everyone on the way back, struggled a bit on a little hill but then got the legs moving on the steeper downhill and just concentrated on keeping my eyes forward and not looking back.

Mile 3: 6:56
Given it was a net downhill mile, I’d usually want to see that a bit faster but I was now firmly in race management mode

Given where my watch told me I passed mile 3, I knew I probably had most of another mile still to go. Thankfully it was mostly downhill and my legs were holding on. Plus, I was winning! I tried to remember the last time I might have won a race and really couldn’t come up with anything after elementary school.

Not a real speedy time but not bad considering the wrong turn and the hill. 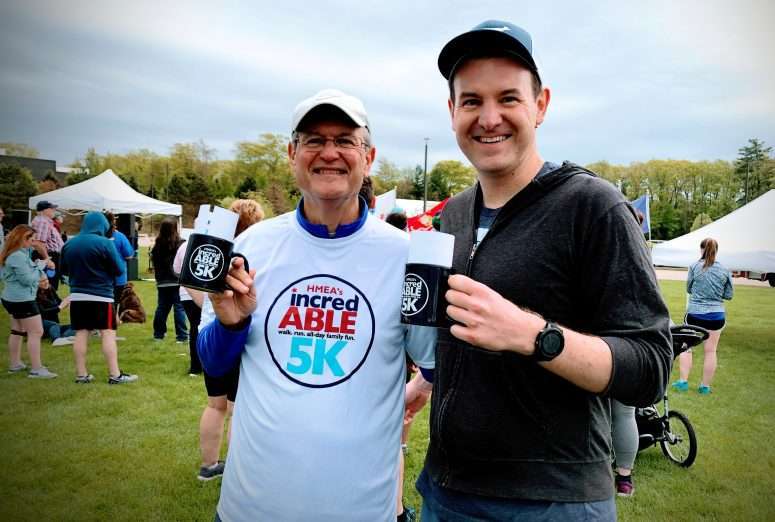 You can’t complain, and shouldn’t apologize, you can only race the people that show up. Plus, how often do father and son win their age groups!

Race swag: Bag (with the usual coupons) and tech shirt. 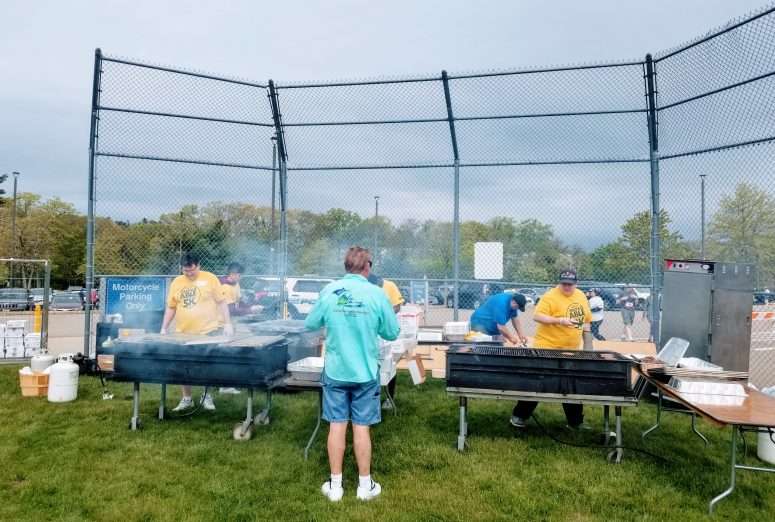 The race ended up being just a hair under 4 miles with the wrong turn. At least everyone ran the same amount but it was a good reminder to check the race course map and familiarize yourself with it and don’t just rely on the volunteers.

The post-race activities included a free BBQ with burgers, hot dogs, pizza, chips, drinks and a few other snacks. 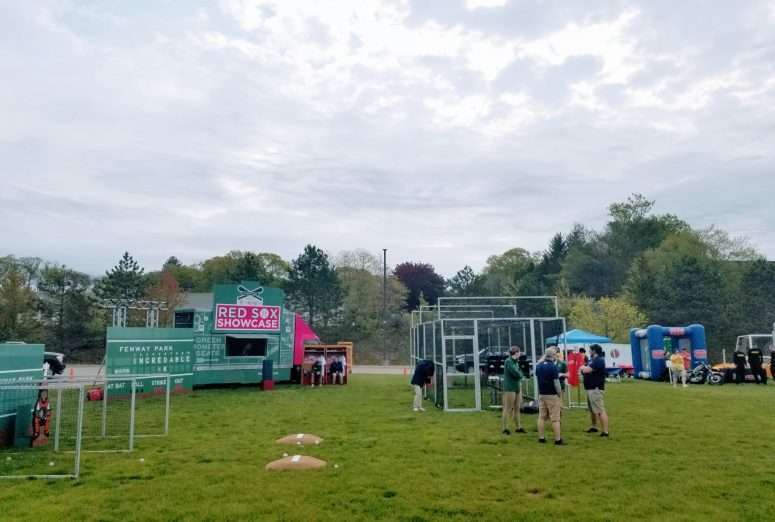 There were games and activities for the kids, including an interactive Red Sox exhibit. Warning: there is also free cotton candy! Always dangerous before noon.

There were also various vendors from the area and a lot of raffle prizes. With the amount of people that show up, the raffle is another great way to support the organization and get something back. We ended up winning a big LL Bean camping set. 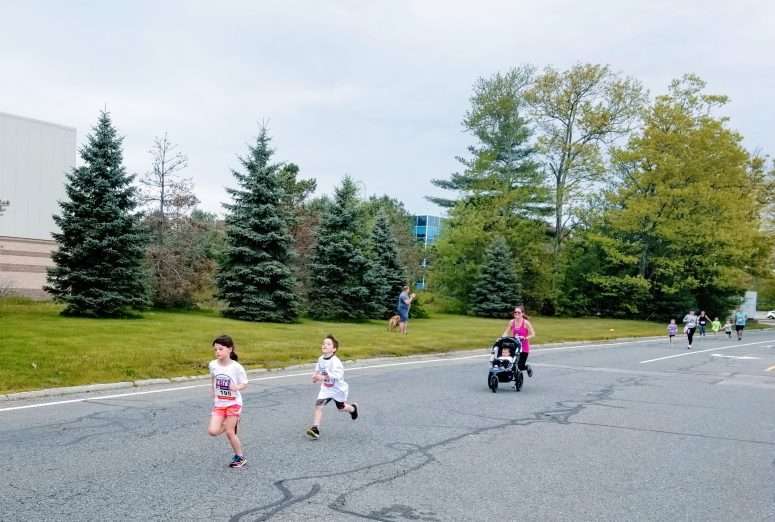 The HMEA is a great race to do as a family. The course does have a challenging hill in the first mile but the finish is almost all downhill and the post-race BBQ and party offer a lot of activities for young kids. A nice early spring 5k to shake off the rust and support a great cause.