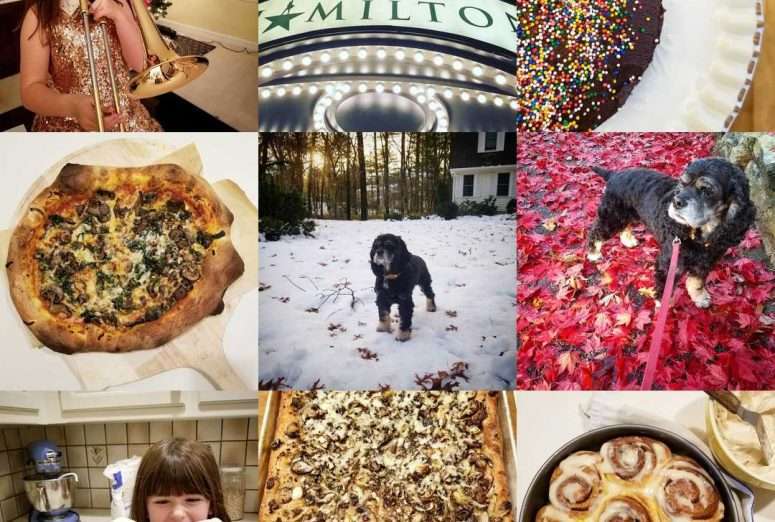 According to my best Insta block, my life in 2018 consisted mostly of pizza, baked goods, Dash, trombones and musicals. Throw in running and I think that about covers it. Damn you algorithms!

Given all the chaos going on in the wider world, life was remarkably placid for us in 2018. For the first in three years there were no unexpected ER trips or hospital stays. No staying up late deep Googling obscure diseases or symptoms. Gotta admit it was a nice change of pace.

There was a lot of baking. And musicals. And breakfast buffets. And kitchen dance parties.

There were also new schools. Lots of lost teeth. Trips to the Cape, New York City, D.C. Plus, an an international adventure to PEI and discovering hand pies. There was a big 70th birthday party. And smaller 6 and 9 year old ones, too. There were pierced ears. Too much slime. Dripping ice cream cones. And piano practice.

One advantage to subjecting my family to all the photos each Saturday is that you have plenty to choose from at the end of the year. Here’s my favorite photos of 2018:

In the end, there was lot of family. A lot of new friends, which I didn’t expect to be saying in my forties, but I’m very happy about. Lots of smiles. Some tears, of course. But mostly good times. I wouldn’t mind more of the same in ’19. Cheers to the new year.