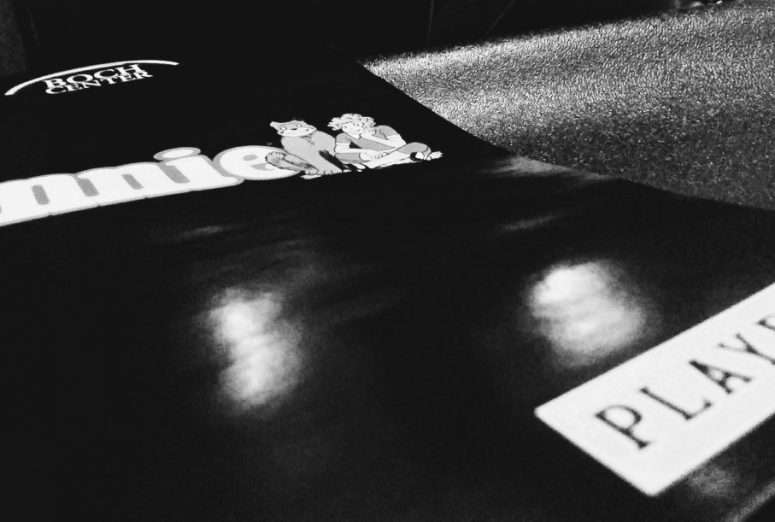 Part of Cecilia’s birthday present, along with her faster-than-light pink bike, was tickets to Annie at the Wang in Boston. The fact that it was also Mother’s Day was just a happy coincidence and win-win for me.

I’m not sure why everyone we told assumed I was staying home. As if a man of my wit and wisdom couldn’t appreciate a classic Broadway musical.

Of course, I was going. I’d endured the cast recording and my children’s renditions for the past three weeks at the very least I could hear them live if only to verify that the Ally-approved lyric (sung at top volume) “bet your dollar bottom” was not, in fact, correct.

In fact, they managed to make nice waffles without resorting to band-aids or burn remedies. Yes, I was surprised, too. 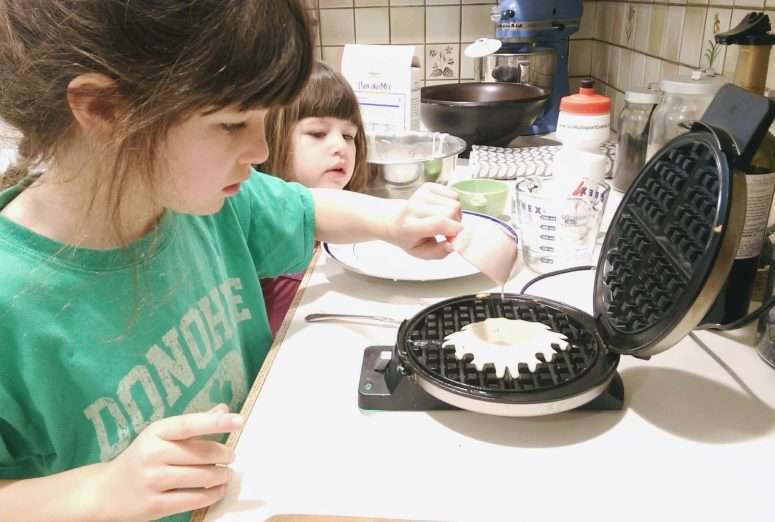 They even washed the dishes afterward. I think washing the dishes ran a close second for the day’s top highlight. Actually seeing Annie might have just nudged it out. Ally really likes washing things at the kitchen sink. 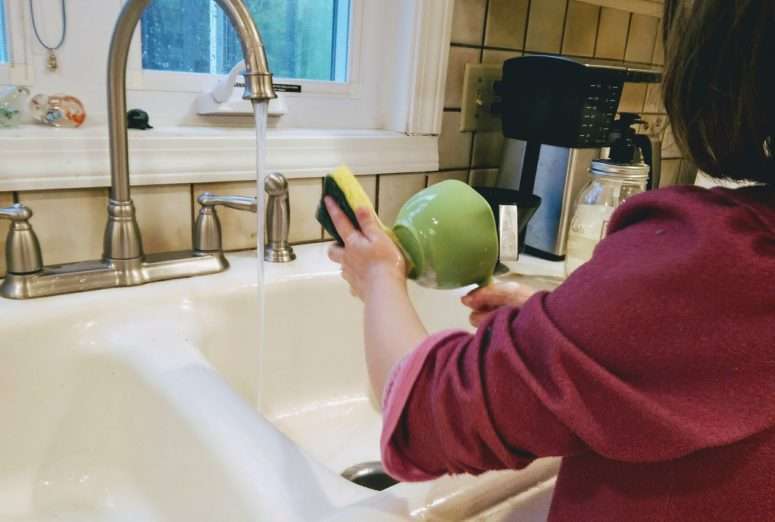 It was a cold, wet and raw day to be in the city. Once again, SpotHero came through with a discounted parking spot pretty close to the theater. Left some extra coins in the pocket for the $8 dollar box of Raisinets inside. Just kidding, we’d never inflict Raisinets on our kids. We just brought plain boxes of raisins and saved all the money for bad, flat champagne. 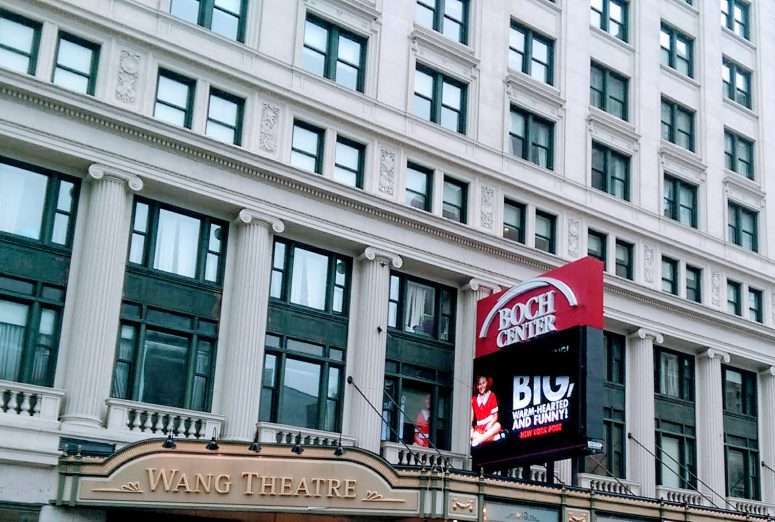 How do you know your kids are excited? They don’t complain about walking up the 3 flights of stairs to the balcony! 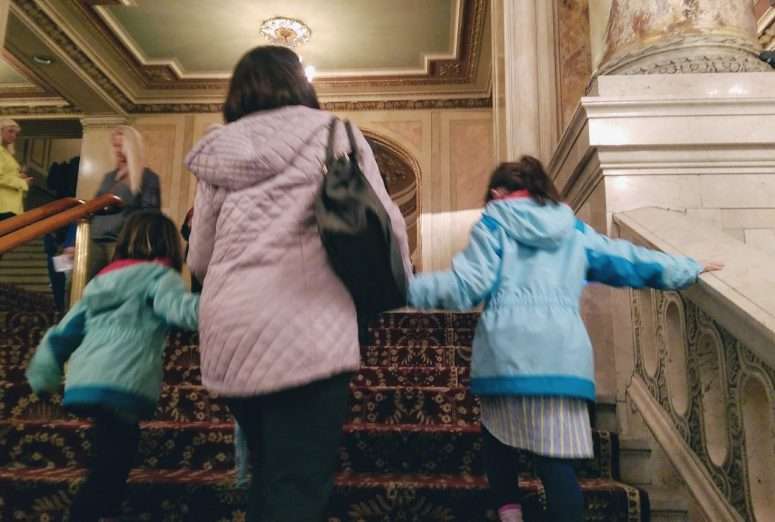 Upon seeing the gold and marble and chandeliers in the lobby, the girls insisted that I take a photo to show Papa. He has them trained very well. 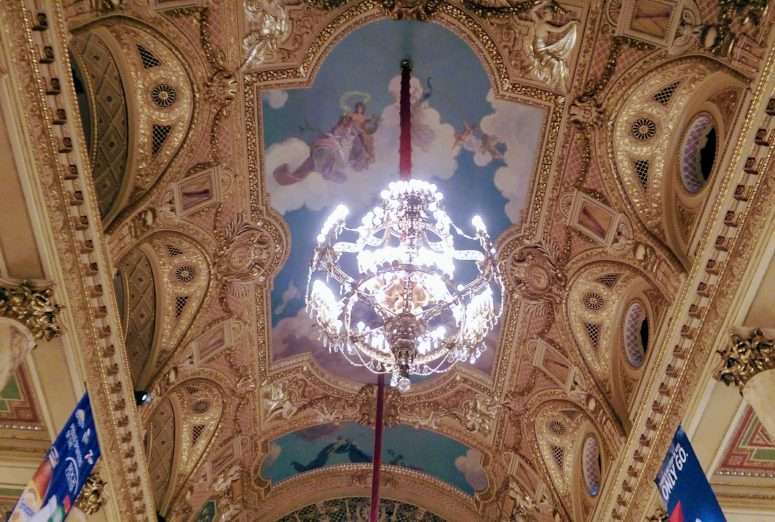 Killing time until the doors open to our seats. Check out the cheeky kids behind Ally. I think they would be friends. 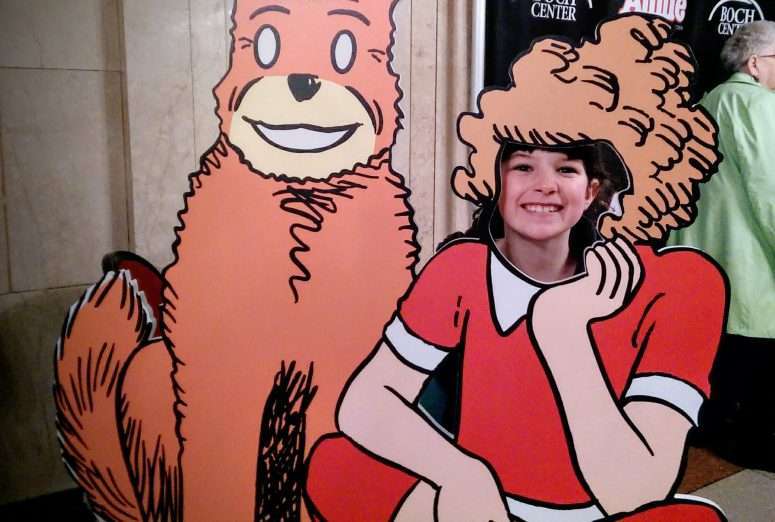 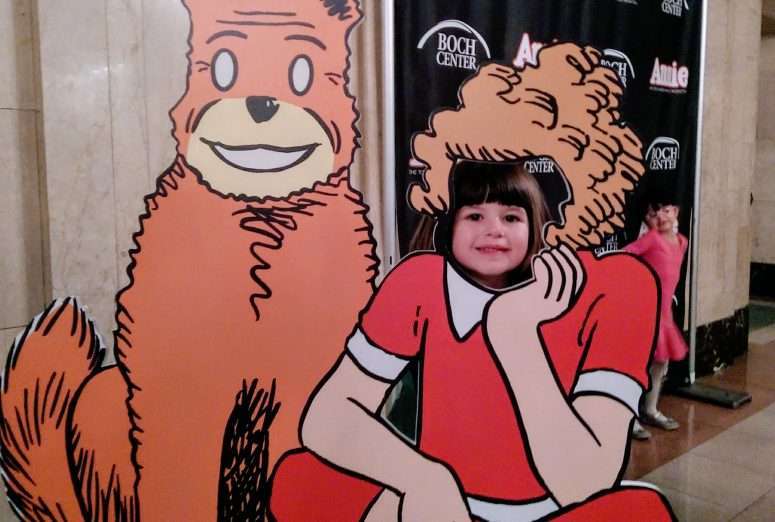 They always like to check out the orchestra and see if there are any timpani. 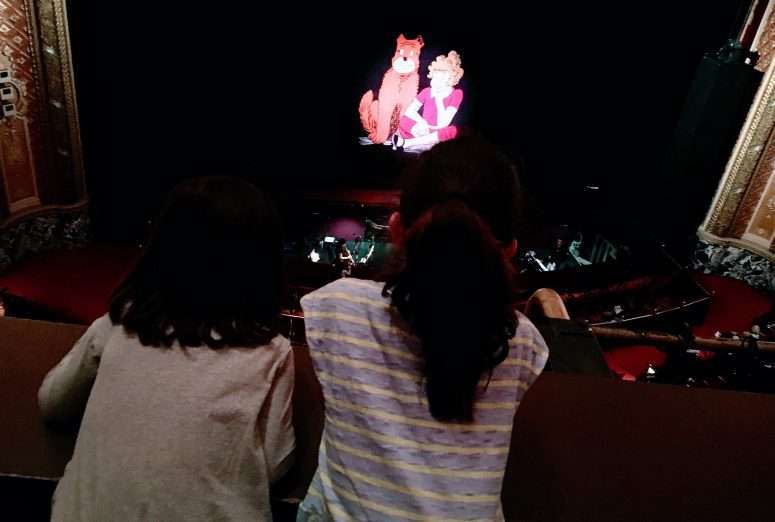 So we didn’t actually bring raisins. We had these leftover nutella and pretzel packs, which sounded good and tasted pretty good, but were not a good choice for a theater intermission snack. Too drippy and too tempting for little kids to stick their fingers in the chocolate side. 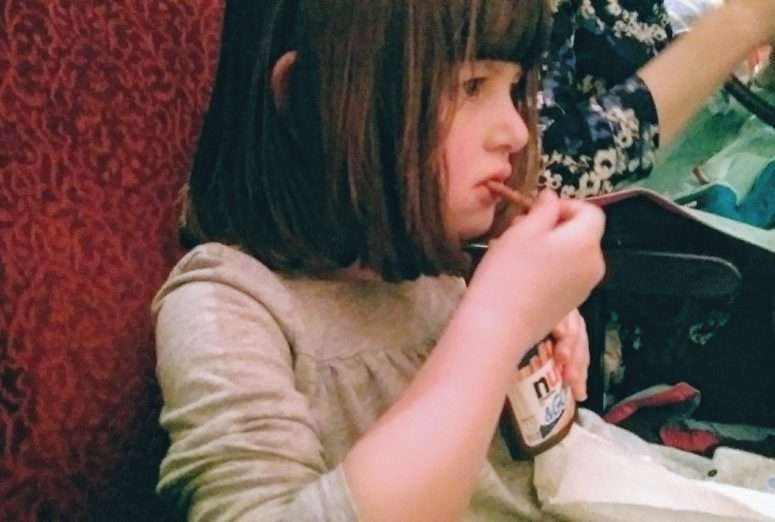 Despite it being a bit of a rowdy matinee crowd, both girls really enjoyed the show. I enjoyed it too, though the second act is totally different than the movie and has a lot of scenes with a befuddled FDR. It’s just a really strange second act that wraps things up really quickly and mostly off-stage. On the plus side, it does not employ a magical powers-wielding Indian named Punjabi (played by a black man) to save the day with his turban.

After the show, Cece requested Frank Pepe’s pizza and we made it just before the dinner rush. Here I am trying to convince Allison to eat at least one piece. 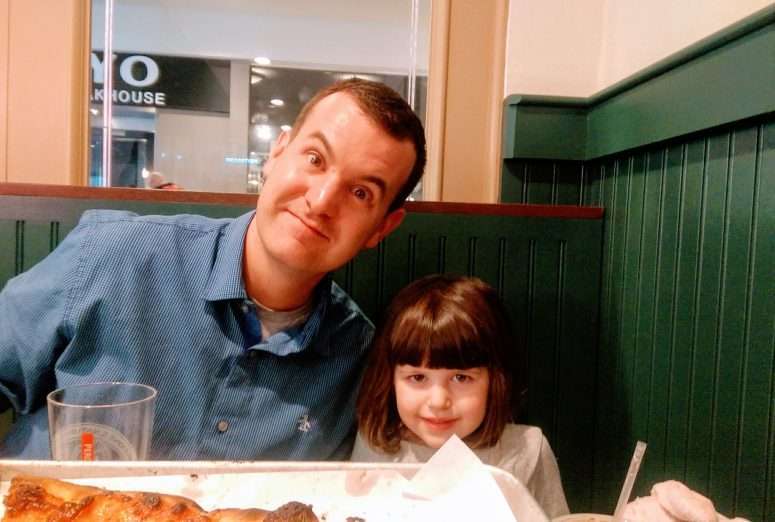 We were all so hungry that we ate all the clam pizza before we remembered to take a picture. These days that is how I judge how good the food is. So good, I forgot to take a picture of it. The kids cheese pie was crispy and very good. 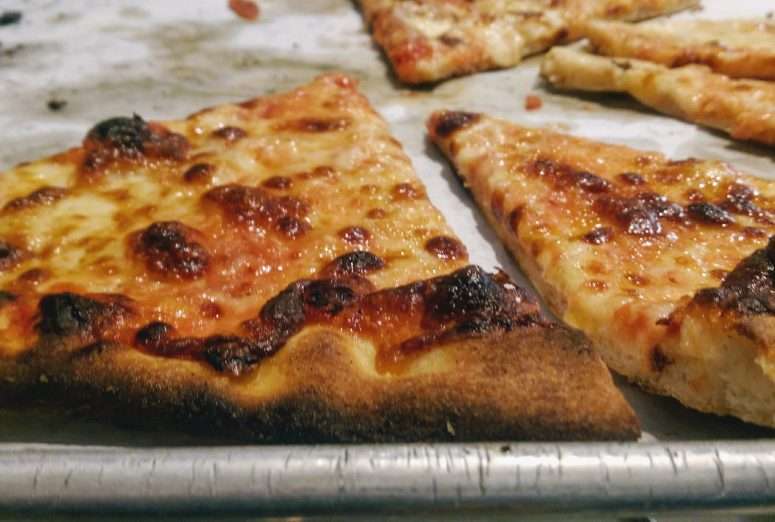 Quickly becoming as much a favorite as the pizza at Pepe’s is the gelato at Morano’s next door. I’ve had a lot of bad state-side frozen confections calling itself gelato. Morano’s actually lives up to the name and is easily the closest thing I’ve had here to the actual Italian gelato.

For the record, I did not have to entice Ally to eat her dessert. Nor did she leave me any leftovers. 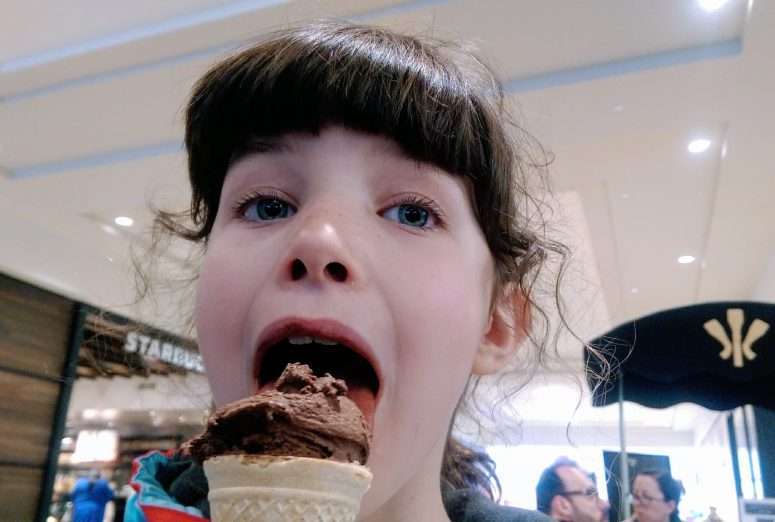 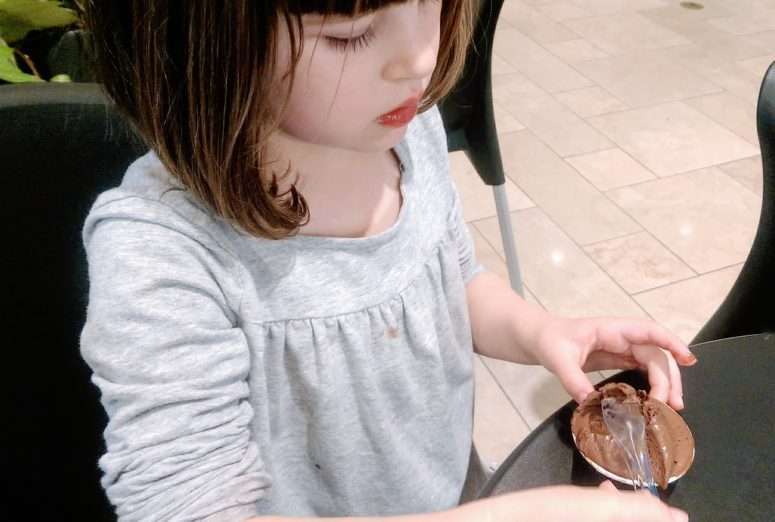 Breakfast, Broadway musical, pizza and gelato. I was assured it was a good Mother’s Day.

We also have tickets to Wicked in June, so while the show tunes might change over the next month, the jazz hands will likely stay the same.