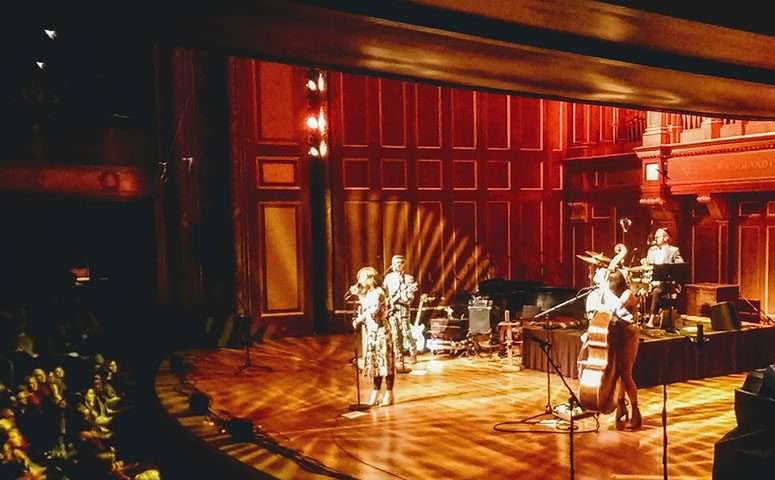 Can a band’s greatest strength also be their greatest weakness? I’m beginning to suspect that the genre-hopping Lake Street Dive might have this problem. Even with all the streaming options today, if a band doesn’t fit neatly into a pre-set sound or algorithm, how are people going to find you? How do you categorize or explain a band that hop scotches between jazz, power pop, classic rock, soul, R&B and British Invasion.

I call it awesome. I think other people call it confusing. How else to explain how with their lead singer’s voice and their musicianship they are not bigger stars.

All four members of the band are alumni of New England Conservatory, Berklee’s lesser known neighbor, in Boston. Last Thursday, as part of the school’s 150th anniversary celebration, the band returned for a unique concert and collaboration at Jordan Hall, the school’s intimate and acoustically killer performance hall. It was a great showcase for the band’s talent.

Michelle made an interesting comment that they sounded better live than on their albums. And she was right, they definitely bring an energy to the stage that doesn’t always translate on the records, but I think a bigger explanation might be just how much sonically is lost when we stream so much of our music today. Rachel Price’s voice is not meant for Bluetooth. 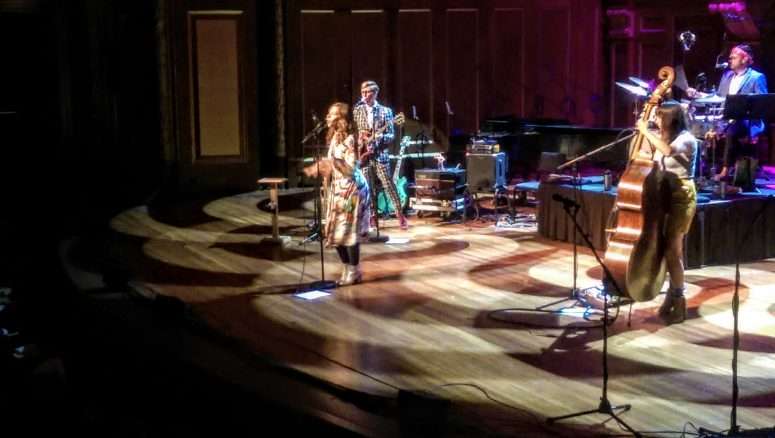 Sandwiched around an hour plus set of the band’s music, accompanied by teasing stories of their school years, the band collaborated with different student groups, from gospel, to strings to the jazz ensemble. Again, showcasing just how comfortable this band is in different styles. All graduates of the jazz department, the latter half collaboration with the jazz ensemble with standards (Angel Eyes, God Bless the Child) mixed in with arrangements of the band’s songs was the strongest part of the collaboration.

The strongest part of the concert overall was the band’s own set and showed that while they may not have completely broken through, it might just be a matter of time. This was a band very comfortable and in total control of their sound and stage presence no matter what style they were choosing to play in at the moment. 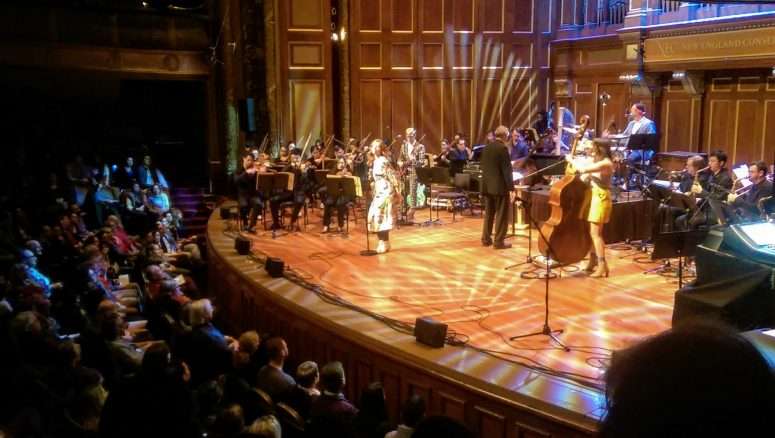 Never dull and frequently dazzling, it’s a band that keeps you on your toes. They are touring now and look like they will be hitting the summer festival circuit, too. You likely won’t regret checking them out. Even confusing is better than boring.