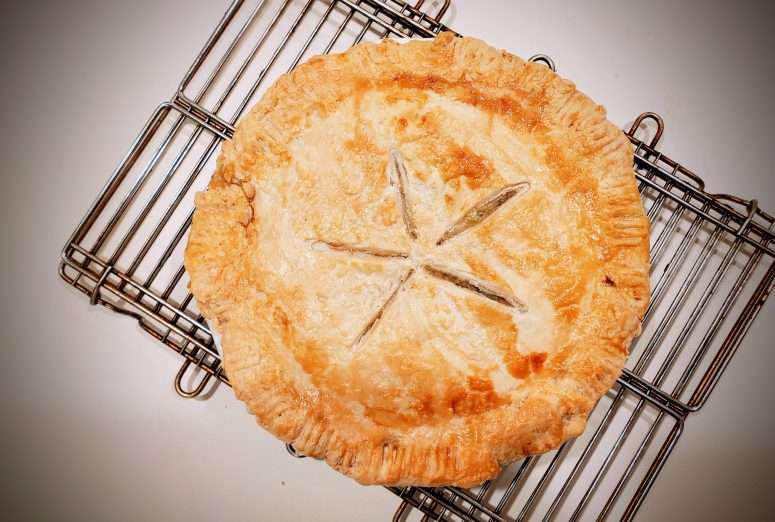 My baking goal for 2021 is to finally get over my irrational fear of homemade pie dough. I’m not sure why it is so intimidating but I would often go to great lengths to make pies that had a crumble crust, or open top, or cookie crust. Anything but the standard pie crust that needed everything cold, everything flaky, everything perfect.

It was too much grief. I’d rather make a loaf or bread or a pizza. But 2021 was the year I would beat back my fear and fill in this gaping hole in my baking resume. I’d make at least one pie from scratch each month and hope that through sheer stubbornness or repetition I’d get better by Christmas. That’s the plan anyway.

Before even deciding on the type of pie for January, I needed a guru. There is a lot written, both in books and online, about making pies. I didn’t want to flail around and try something new each month. I wanted to practice and get better and come out with a trusted technique and recipe I could gradually call my own. After some research, I decided on Kate McDermott as my teacher and The Art of the Pie and Pie Camp as my textbooks. 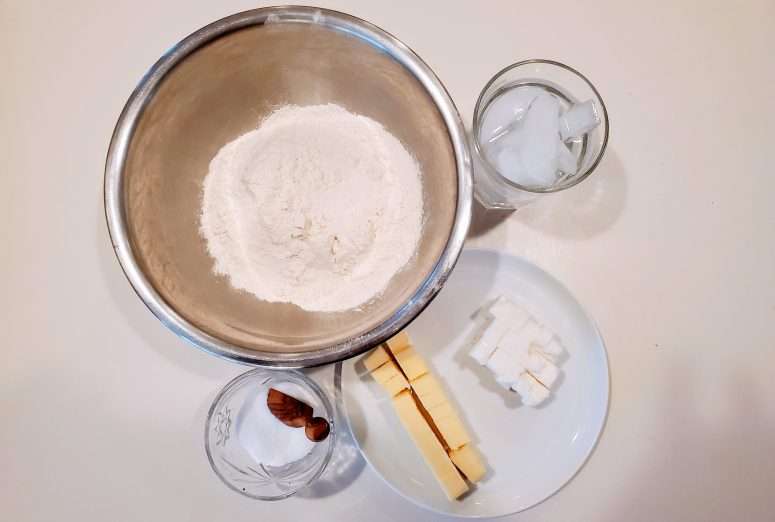 I think her first rule is what won me over. “Keep Everything Chilled, Especially Yourself.” I knew that would be perhaps my biggest challenge throughout this process. I greatly admire pies that can double as works of art. I own Pieometry and hope to one day attempt just one of those dazzling projects. But they are definitely projects, more art, than baking. I think for a beginner pie baker, McDermott’s books are perfect. Detailed enough to follow but with a backbone of common sense weaved throughout and a gentle shrug if things don’t go exactly as planned. 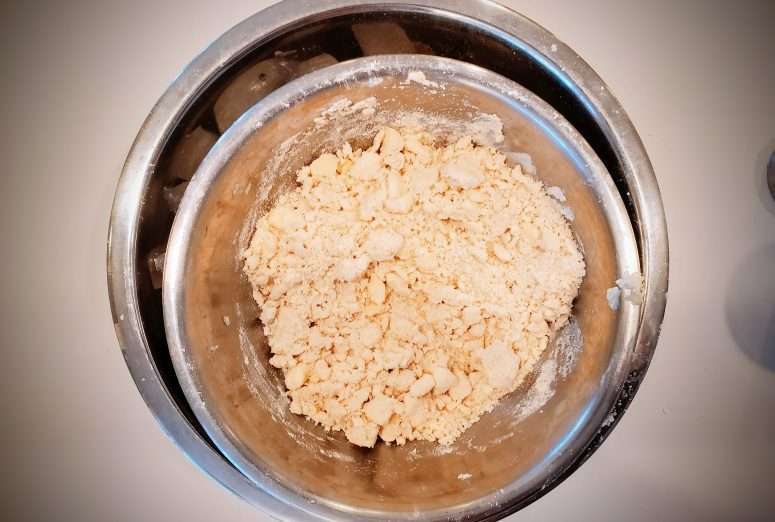 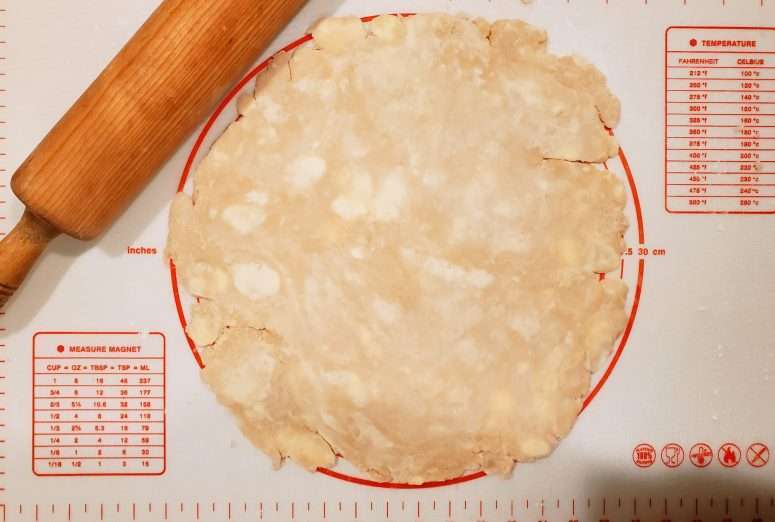 I would have started this year-long challenge with a more traditional fruit pie but we had a birthday cake looming at the end of the week and had just finished the last of the Christmas cookies so I opted for a savory dinner pie as the first victim of my crust.

We had leftover frozen seafood from the holidays that we had to use up and decided that Ina Garten’s Lobster Pot Pie would make an appropriately rich and elegant Sunday dinner.

The recipe was very simple and the filling was typical Ina, rich and creamy and satisfying.

So the filling worked but what about the dough? I never really recovered from trying to make the dough with the frozen fat. It never truly came together and I battled big chunks of butter coming apart when I tried to roll it out and form it over the pie plate. Here is where I got to practice the “keep everything chilled including yourself” rule.

The end result wasn’t pretty. I added an egg wash on top but the browning came out uneven. This pie bakes for a long time (~75 mins) and we might have pulled it out early as were getting hungry.

I also just opted to crimp it quickly with a fork and just get it in the oven, so a bit of an ugly duck, but it wasn’t a total disaster. The flavor of the crust was pretty good and it had some flaky layers. It was a start and something to build on for next month!