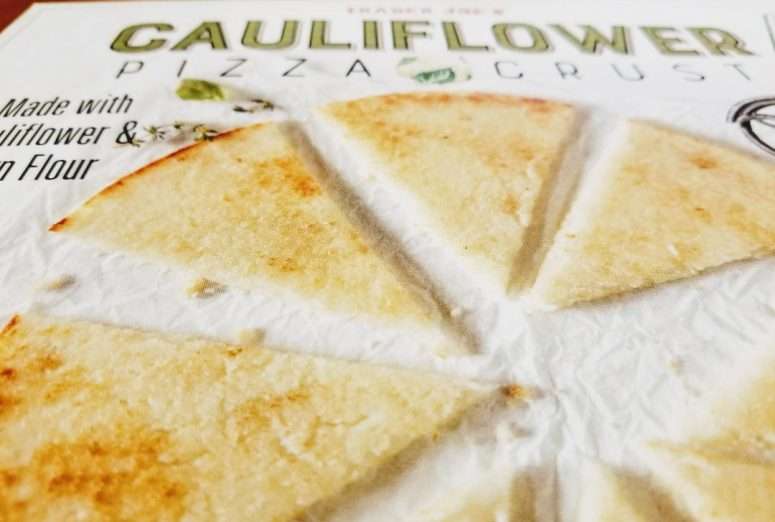 Do you think I let eating alone stop me from making pizza? Hell, no.

Michelle and Cecilia were out at a birthday party. Allison was home, but as long as the Netflix was streaming and the mac ’n cheese was cheesy enough, she would leave me alone.

So, I had a Friday night free and I was determined to find out if Trader Joe’s cauliflower pizza crust was worth the hype.

As a reminder, I’m a forty year old man with 2 young kids. I’m expected to be at least a year to 18 months behind any trends. By that standard, I’m actually way ahead on this one.

Typically, I would sniff at a pre-made crust and make the dough, sauce and obsess over what combination of ingredients to use for a topping, but sometimes Fridays call for closing the kitchen, popping the top on a beer and just heating something up.

Plus, with just the crust, I could at least still geek out on topping choices.

For the record, I opted for frozen porcini chunks and leeks with canned sauce. I was going real downmarket!

First tip, you need to parbake both sides of the frozen disk to bring it back to life. 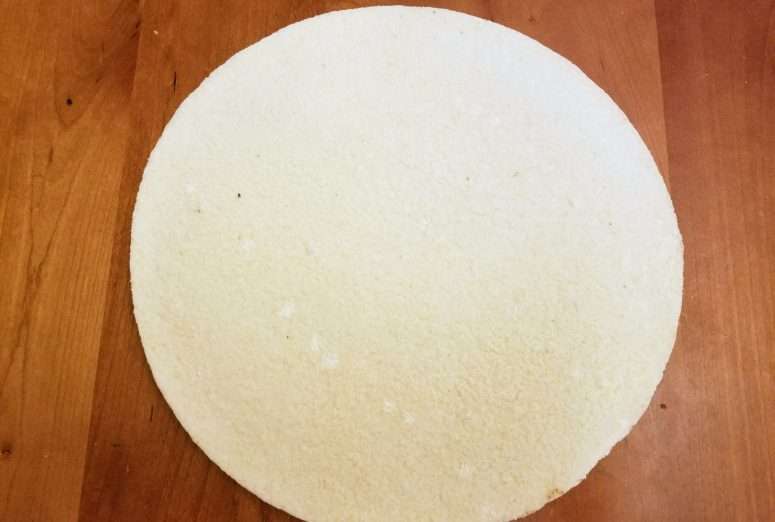 This turned out to be more easily said than done. Even prepped and frozen, cauliflower has a lot of liquid in it. The box suggests using a cookie sheet. Surely, I thought a pizza stone would work just as well or better.

I preheated the oven and my baking steel and threw the frozen disk on. After ten minutes I went to flip it and …. it was stuck. 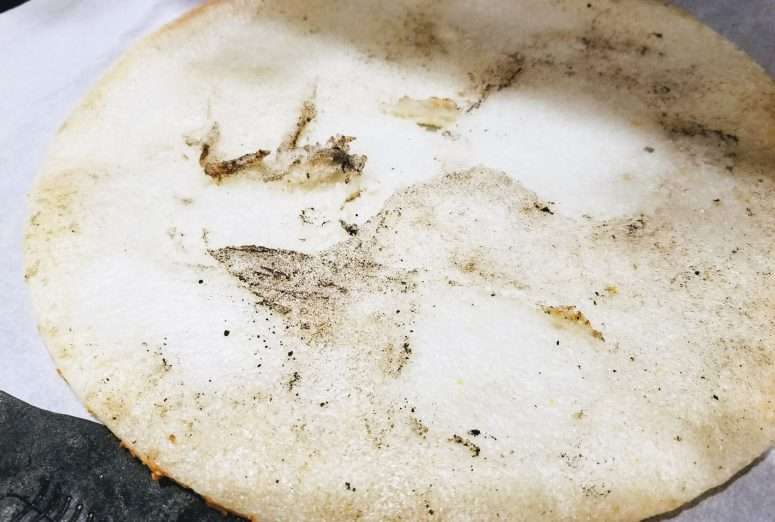 When in doubt when baking pizza, go to the parchment. I quickly threw a piece of parchment down and baked the other side. It worked much better. 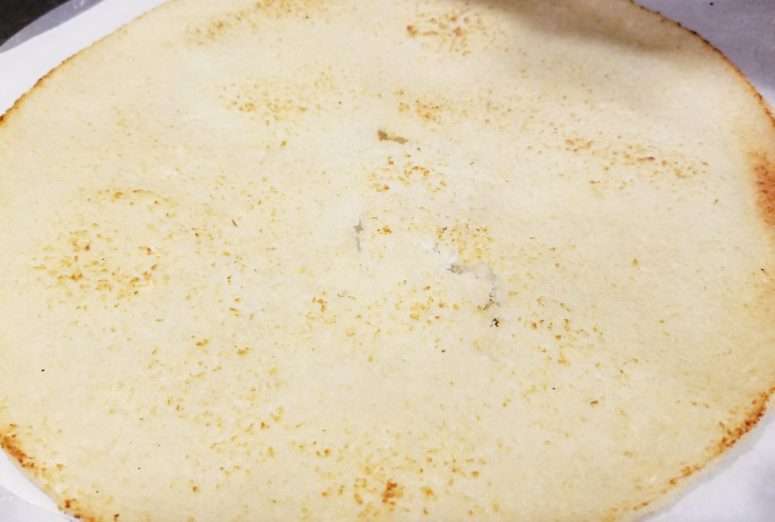 After parbaking, I topped it. You don’t need much, the crust is more personal-sized than takeout sized. Then back in the oven (still on that parchment) for another 5 – 7 minutes. 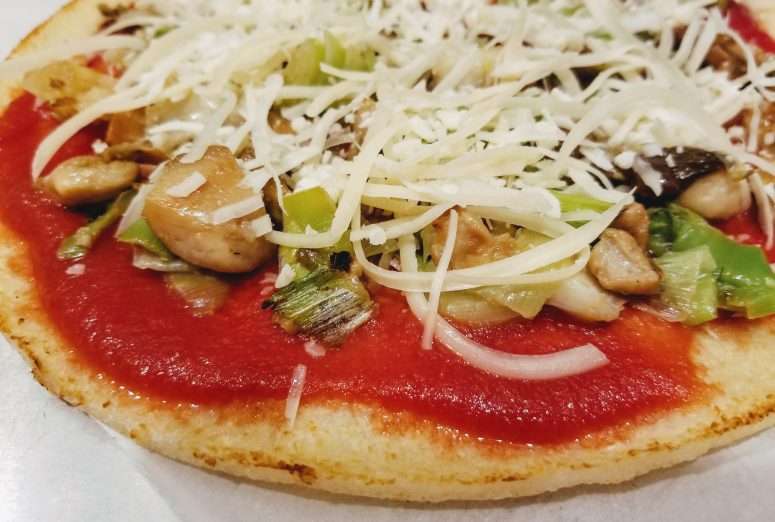 So what was the verdict? You are not going to fool anyone into thinking this is a regular crust. It has a distinct texture and flavor that is definitely not bread. It’s not bad. I actually preferred it to many of the gluten-free crusts I have tried. 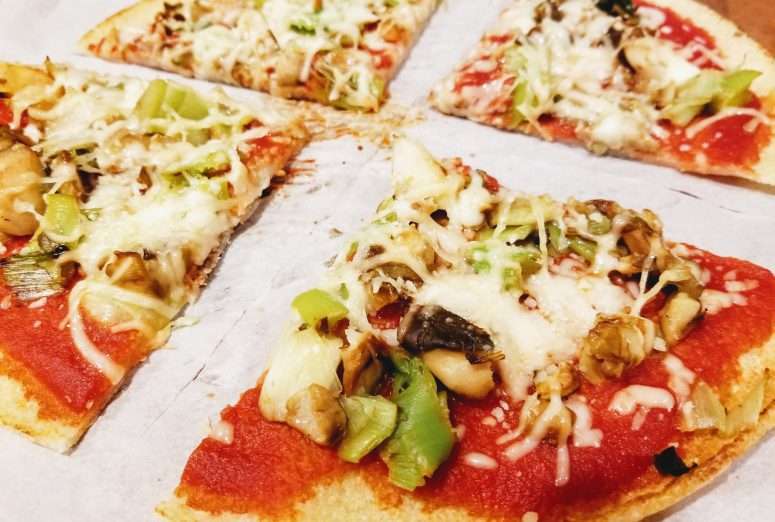 Would I buy it again? Yes. It’s a nice option if you want to watch your calories, gluten or sneak in some extra veggies. In short, it’s good for a ‘healthy’ pizza fix, but like any other time you try to shoehorn ‘healthy’ into a guilty pleasure, it’s going to fall far short of the real thing. 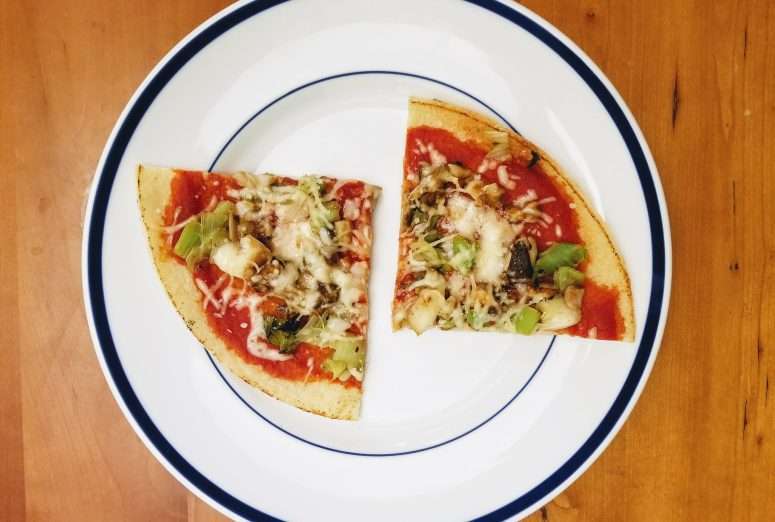