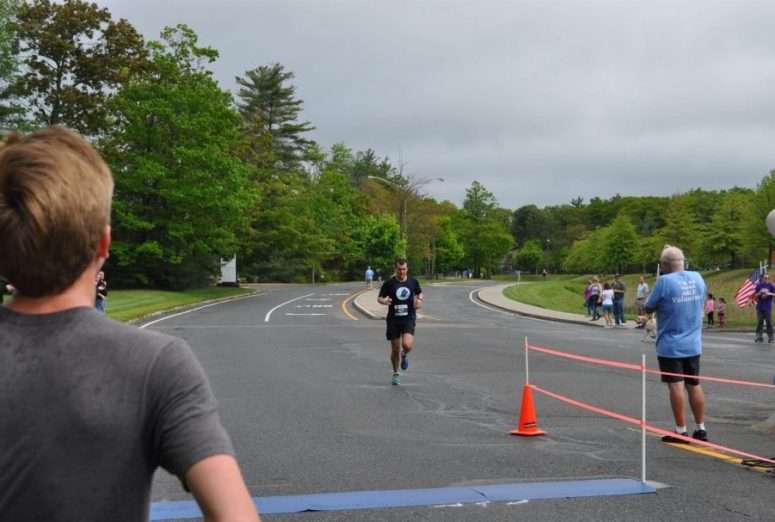 As I milled about the starting line to this year’s HMEA 5k, I tried to pick him out of the crowd. The problem with having a teenage running nemesis is that they sometimes change so much and so fast that is is hard to recognize them from year-to-year.

Other than the James Joyce 10k in Dedham, this 5k in mid-May may be the race that I’ve ran the most times over the years. It’s my wife’s company fundraiser and along with raising money for a great cause, it also offers a great after party with a free BBQ and lots of family-friendly events. The kids are more than happy to go, collect tchotchkes and eat cotton candy.

Last year, I finished third and set a new personal 5k PR, but still lost out to my nemesis. This year, I might not have quite the same fitness as last year, but I had the resolve. I might not be able to recognize standing still, but as the race started, I definitely recognized his stride. I quickly fell in behind him. The race was on. Whether he knew it or not.

Porta-potties were ample. Packet pickup was a short line. T-shirts were purple tech shirts. There was a Kind bar and coupons in the bag. All-in-all pretty standard swag and well-run pre-race prep for a small local 5k.

The first mile is tough. If you ever run this race be sure you warm up thoroughly as there is no time to run your way into this race. The big hill, the only real hill, comes just a quarter mile into the race and it’s a grinder. It’s a undulating 2-4% grade for almost three quarters of a mile. A frying pan to the face start for a 5k. The race quickly strings out while the hill takes its toll.

As we crested the hill and neared the first mile, I was in third, a few yards behind my nemesis. An unknown male was up in first about fifteen yards clear of us. I could hear footsteps behind me, but didn’t look back. 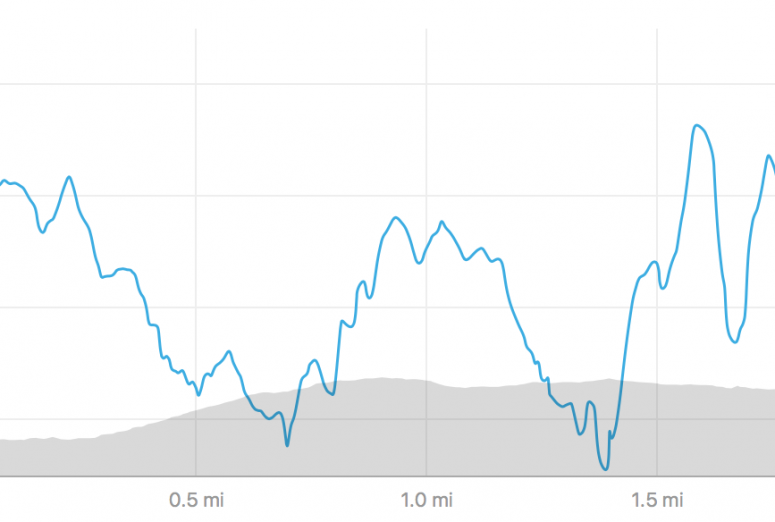 With the first mile done at 6:34, a new PR was likely not in the cards today. It was overcast, but warm and fairly humid. No one was running away, so I think the conditions were slowing the pace.

The second mile is fairly flat as you run out and back to a turn around. Surprisingly, as we came to the turnaround, the guy in first stepped off and stopped. Maybe the conditions were going to be a factor. I was suddenly in second, but my nemesis was showing no signs of slowing. Of the other hand, he wasn’t completely pulling away either.

The second half of mile 2 is fun as you get a lot of encouragement and cheering from other participants as you run back. The whole family was running this year and I was able to give high fives to the kids as I ran past. However this did not stop a woman from passing me at the mile 2 mark.

The last full mile you finally reap the rewards from that hill-climbing start and get to run to a downhill finish. I was able to up the pace and stay within shouting distance of first and second, but couldn’t find any extra gears even with gravity helping out.

As the hill bottomed out and we made the turn for the finish, we remained strung out, about 10 seconds or so between us.

Despite the threatening weather keeping the day-of sign-ups down, it was another successful HMEA 5k day. The good thing about participating in a long-running event is that the organizers have had many years to work out the kinks and this race is no exception. The venue, packet pickup, volunteers, food and event tents all went really smoothly.

This is a great race for kids to try as their first 5k. The roads aren’t closed but the traffic is very minimal and there are many volunteers and police offers at the intersections. If they can make it up that first hill, the back half, downhill offers an easier finish.

This was Allison’s (5 years old) first full 5k finish. I went back with water and helped her to the finish. 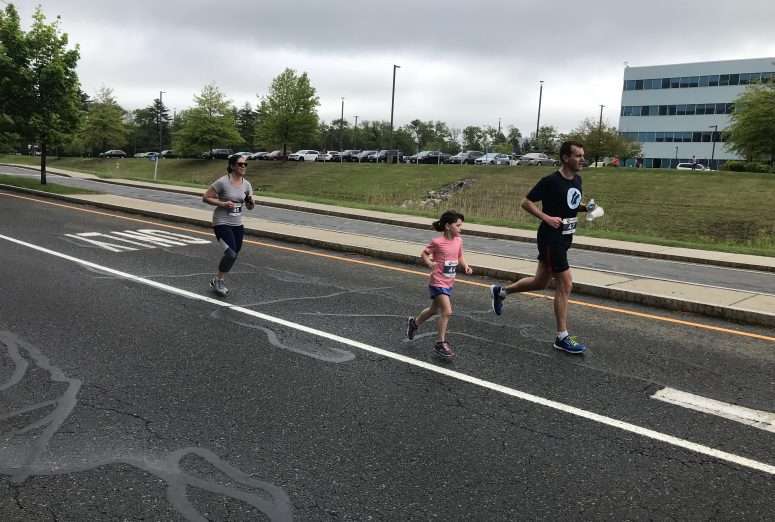 Personally, there was no PR and I still came in behind my nemesis, but I did continue my 5k age group podium streak and the streak of lowering my times for each race this year. A lot to be happy about there.

I think ultimately, I need more base aerobic miles. I think the speed is mostly there, but the endurance is missing. I don’t feel like I’ve finished any race strongly, rather I’ve just been hanging on. With the knee, I’m not sure how to increase the aerobic base. I just can’t run all that much. Maybe a summer of cycling will help for fall races.