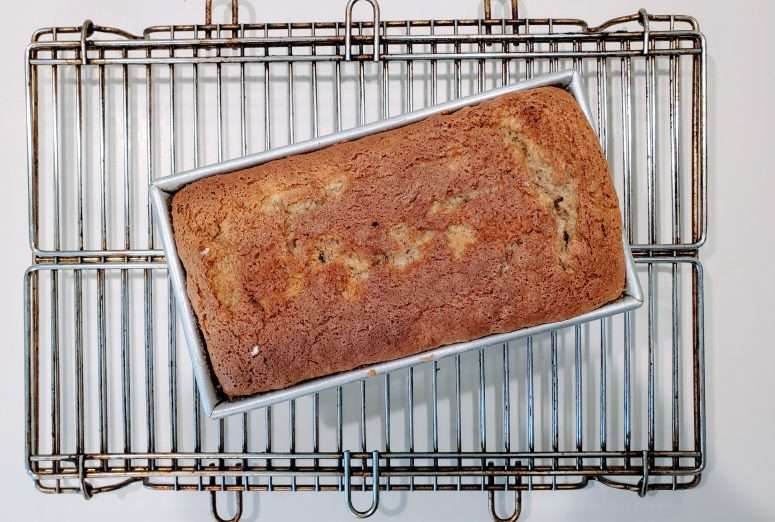 The girls will no longer eat any banana is it has a single spot of brown on it. Really, they’d prefer to eat them with a healthy tinge of green still visible. Given these habits and the fact that I can only eat so many bananas in a single day, we often end up with a small pile of seriously brown bananas once in a while.

Suddenly, the girls’ attitude changes. They know that the most proper use of brown/black bananas is banana bread and if you’re going to make banana bread that really tastes like bananas (too many taste like chocolate or just sugar), you want to make Joanne Chang’s famous banana bread from Flour Bakery.

Two things to note, but don’t let them put you off. I know most quick breads should only rely on one bowl but you’re going to need two for this one if you include the stand mixer. The recipes uses the stand mixer to whip in a lot of air to help leaven the bread.

Second thing, this quick bread will not have a domed top. I know this might be considered sacrilegious. 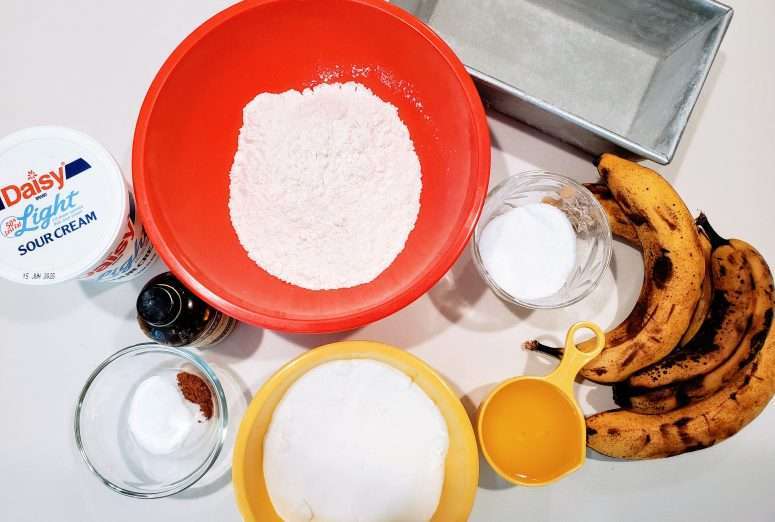 Be careful not to over-mix in the stand mixer. But don’t think that more is better when it comes to mixing. If you whip the eggs and sugar beyond the point of turning pale yellow and lightened in texture, you risk a sunken loaf.

If filling the pan near the top makes you nervous…There’s enough batter to fill the 9×5 loaf pan almost to its rim. If that makes you nervous (it’s never spilled over for me, but it takes a long time to bake), fill the pan 80% full and use the extra batter for a couple muffins. Be sure to adjust the baking time.

Try it at least once. Its become our family’s favorite banana bread recipe because it’s intense banana flavor and the interior always comes out tender and moist. It’s worth the traditional trade-offs. 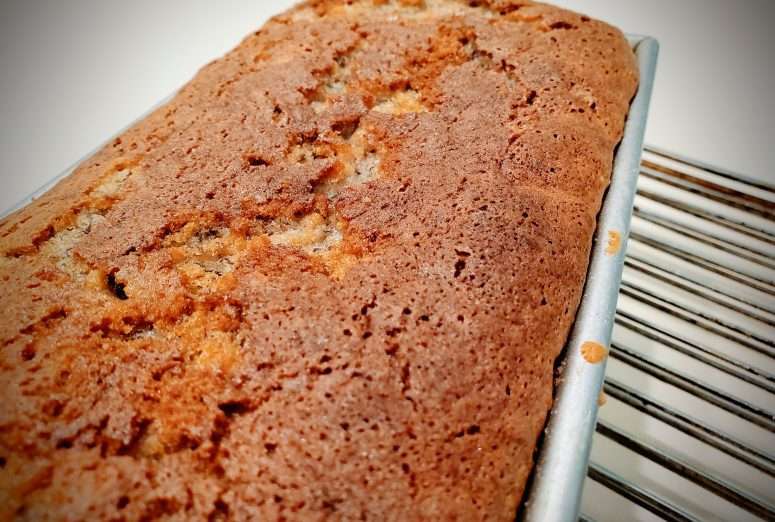