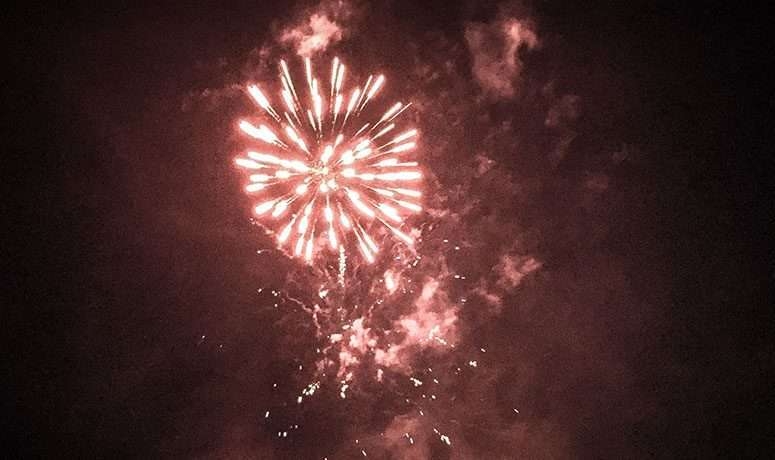 We spent the Fourth, like most recent years, down on the Cape at my parents. The bayside beach near their house is great for watching all different firework shows up and down the coast. The girls are old enough now not to be too scared. We also enjoyed many, many ice cream cones, friend seafood and swimming (not necessarily in that order).

What wasn’t so great was the onset of all these crazy muscle twitches I started getting. Mostly in my legs, but not limited there and also sometimes cramping in my feet. The twitches weren’t painful and if I was doing something else I often wouldn’t notice, but the foot cramps woke me up multiple times during the night. So, painful!

After freaking myself out sufficiently on Google (I know I shouldn’t do this, but it’s so hard to resist), I sent a note to Dr. D (my endocrine doctor). Having the ability to share medical records across providers and communicate with your doctor via email almost makes our crazy health care system in the US worth it. She responded the next day that it was likely dehydration and an electrolyte imbalance. Basically the same thing I’m always watching out for but going symptomatic in a new way. Previously, I had mostly muscle or overall fatigue, not these cramps and twitches.

I basically took most of the week off from any strenuous activity, slept more and tried to get more salt into my body. I don’t know if it was one or the another or the combination, but near the end of our week at the Cape I was feeling good enough to try a short run with Michelle. It went fine, I felt great actually, but wasn’t going to push it.

The muscle twitches aren’t gone, but they are better. Much better. Just in time to enjoy one last holiday cone. Anything chocolate.