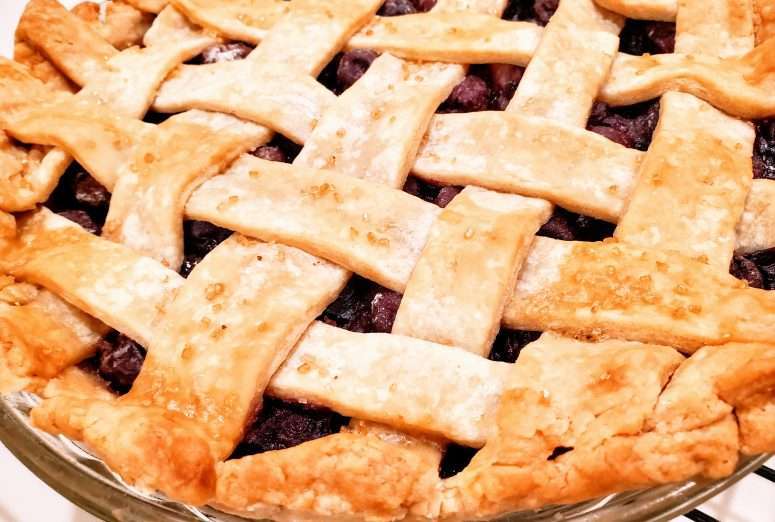 The whole point of this year-long exercise is to improve and get better at making pies so failure is to be expected, even encouraged. A brief guide to improvement: lots of research, lots of attempts with a focus on refining and trying different things, and lots of repetition once you find a good method.

So the process has multiple failures baked in. It does not however make the sting of belly-flopping on your face feel any better.

The goal in February was to learn from the mistakes of January (cold butter, not frozen butter!) and try a fruit pie.

Chilling the butter, but not outright freezing it, did make the dough much easier to smoosh and mix together. But that was the high point of the effort.

After some research (see above), I decided to try a glass pie plate instead of the clay one I used in January. I’d read that glass conducts heat better and could avoid a soggy bottom with a juicy fruit pie. However the glass dish did not have a pronounced rim which I’d come to rely on when making the edges. I also hadn’t used the dish in years and was unclear how large a circle I need to roll out. Strike two.

But the biggest learning was around using frozen fruit and pie thickener. And maybe just paying attention to the ingredients you are using.

Despite all the research into pie thickeners, I almost made a huge mistake and treated pie enhancer (from King Arthur) the same as ClearJel. I caught myself in time but then failed to remember a best practice with ClearJel is to mix it with the sugar prior to incorporating it into the rest of the ingredients. The thickener worked. It just worked in massive clumps.

Finally, frozen fruit. All the books and information I read said frozen, unthawed, fruit was fine, but might need a longer bake time. How much longer I still need to learn. I was not seeing a lot of bubbling from the fruit, which is a good indicator that the pie is hot enough to allow the thickener to work. 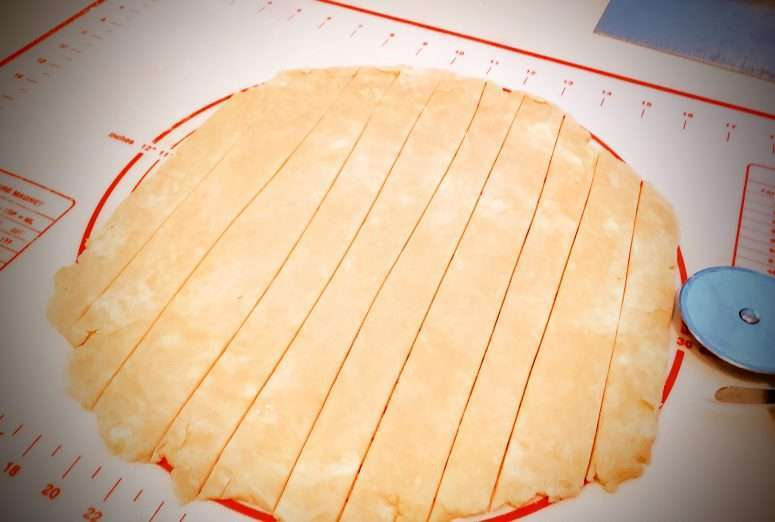 It wasn’t all bad news. Besides the butter, I did do my first ever lattice top. It was too thick but that is easily improved. Happy to have that under my belt.

Lessons learned from a bad pie:

If my waistline can handle it, I was so annoyed with my fails, I may do a second frozen fruit pie before moving on to March.

Side note, despite calling it a bad pie, it was eaten (other than the clump) within three days, so maybe bad is a little harsh. Bad pie is still a nice treat. Research. Iterate. Repeat.