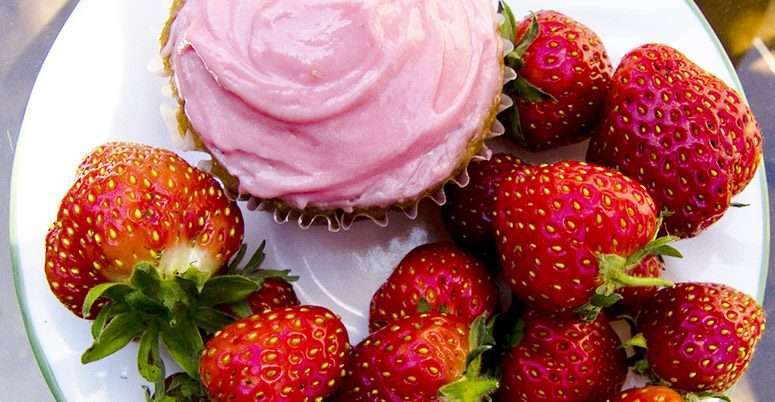 The beginning of April means Michelle’s birthday which also means starting to plan for her requested strawberry dessert. This year, for the second time in a row, we are opting for the cupcakes over the layer cake. Last year’s cupcakes were quite good. After baking as many cupcakes as I have over the past few years, if one still makes me sit up and take notice, it’s probably worth a repeat. So, after conferring with the guest of honor, we decided to do the vanilla cupcakes with strawberry filling and strawberry studded buttercream. The only catch was that I’d misplaced the recipes that had proven such a success last year. 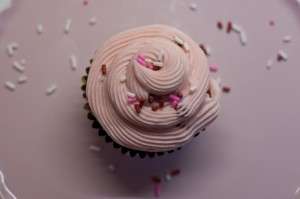 I had bits and bits in my head. The filling wouldn’t be a problem, just reduce down the fresh berries with some sugar, water and cornstarch and the butter cream was just the standard recipe, with some light coloring and fresh diced berries. No worries there, but what about the cake? Michelle is not a big chocolate person. Over the past five or six years since I’ve been taking dessert requests, she has always requested some variation of vanilla and strawberry. I’m not sure I’ve used the same cake recipe twice. I’ve just never really found a reliable, can’t miss, keep in your back pocket yellow cake recipe I like.

I thought I remembered using one last year with vanilla yogurt to help keep it moist and reduce the oil. Or was that the prior year? No, last year. Some frantic Googling and I hit on a page that seemed vaguely familiar. I went with it. The cupcakes had some appearance issues (not sure I totally incorporated the butter enough), but with mounds of frosting on top, no one would be the wiser. And appearances aside, the cake tasted just fine, they might have veered a bit too close to muffins, but I couldn’t hear many complaints over all the chewing.

Happy Birthday, Chelle. Here’s to thirty more years of me forgetting what recipe I used.