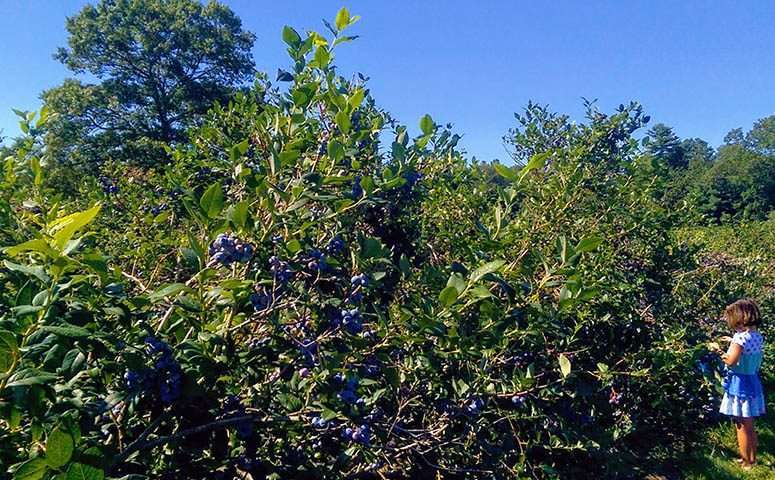 I might have to put up with mediocre pizza (at best) and a lot of homogenous chain restaurants out in the suburbs, but one thing I’ll never complain about is the amount of farms and preserved land. The fact that we have 200 acres of trails and woodlands at the end of our street is almost priceless.

There are also numerous working farms nearby. We have been happy customers and CSA members of nearby Tangerini’s for years and have happily watched it grow and prosper. Jane and Paul’s Farm is actually the closest farm to us and just about within walking distance, but it can often get overlooked in the shadow of some of the larger neighboring farms. It shouldn’t be. At least not for it’s blueberries.

We’d picked their in the past, but not in a few years. We went back, multiple times, this year. The berries were so good that the typical higher price for pick-your-own didn’t dissuade us for a second. 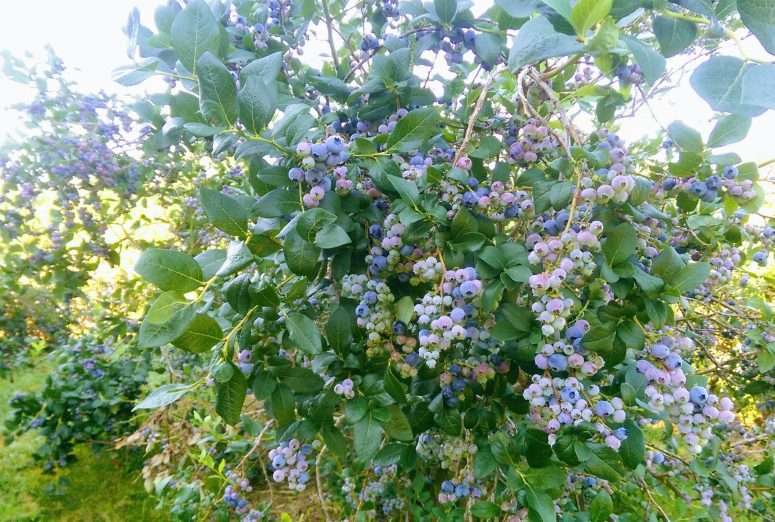 There is no fee to enter the farm. This is a growing trend that really annoys me. I’d rather they just charge a bit more for the fruit at the end. The rows are well spaced, well marked and well maintained. 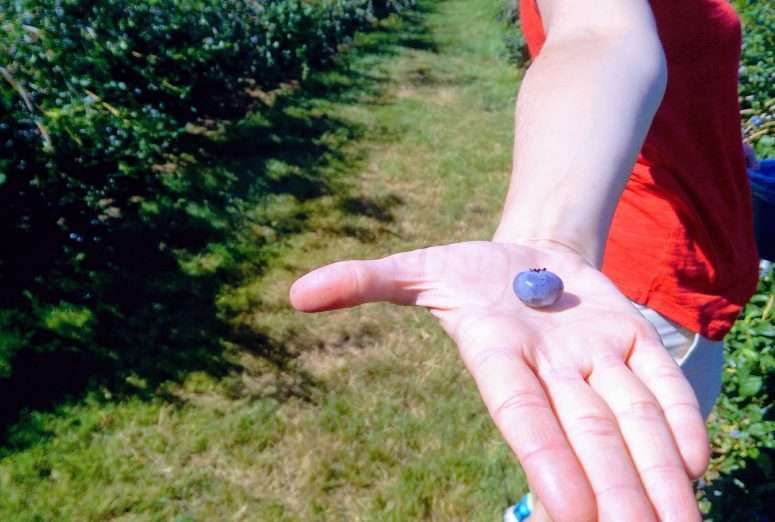 For the blueberries, the bushes were overloaded and both Cecilia (8) and Allison (4) had little trouble reaching the fruit or filling the buckets the farm provided. 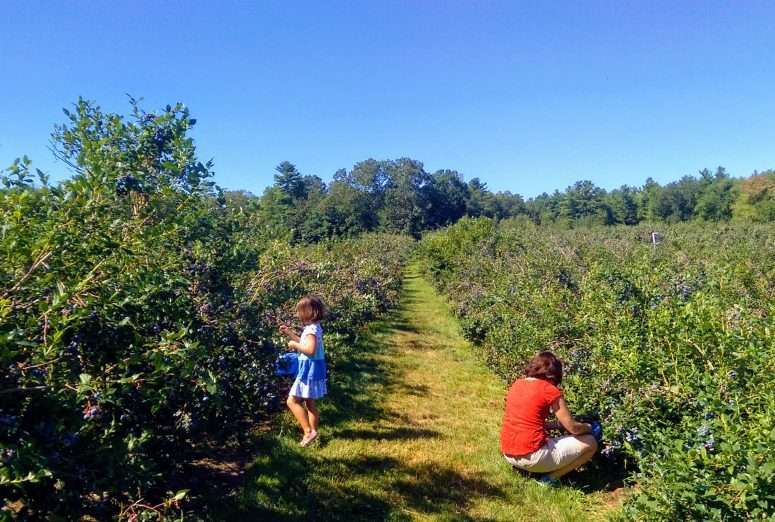 The two visits we made, the rows were not overly crowded. Beside the rows of berries, there is a small farm stand stocked with other home grown produce. 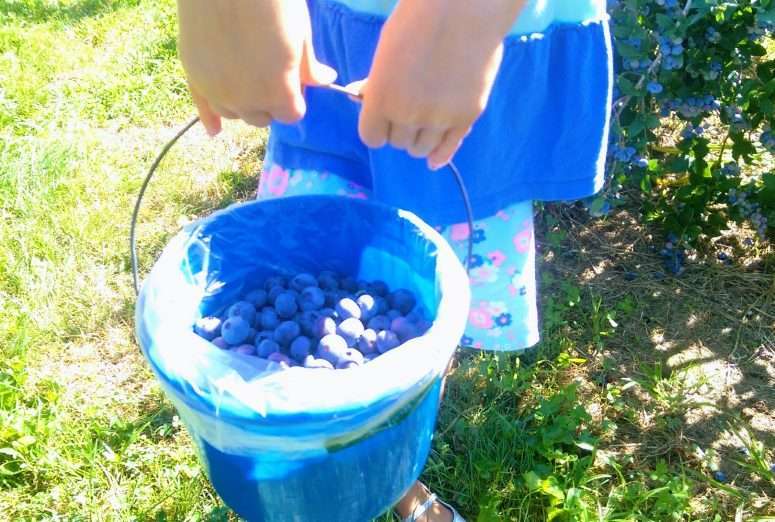 There is also a few animal enclosures (rabbits, goats, chickens) for kids to explore. They can (remotely) feed the goats by buying feed and sending it into the goat pen via some hand cranked chutes. During the fall, you can pick apples, go on a hayride or get lost in the corn maze. 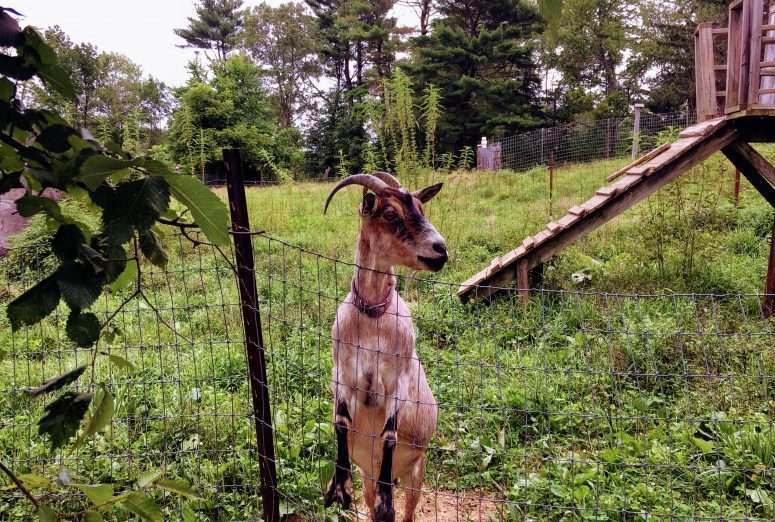 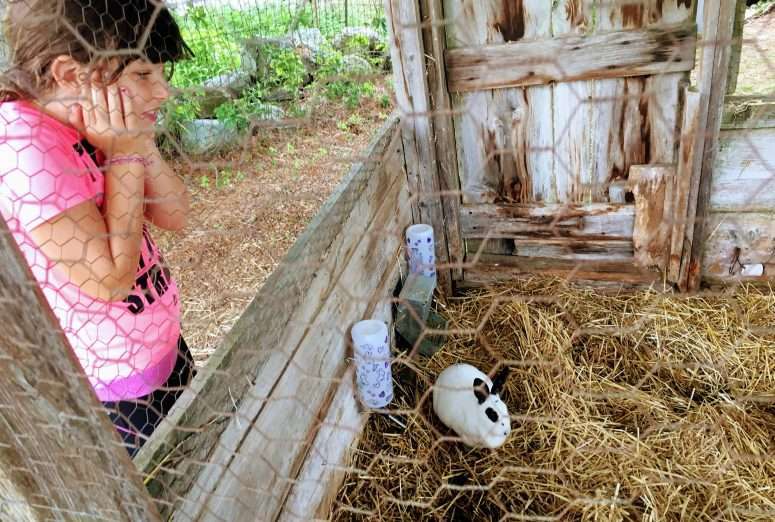 Along with the blueberries, we picked up a few ears of their corn and happily discovered that the blueberries were no fluke. The corn was juicy and sweet, too. While we were in there (the second time), multiple people came and commented on the corn. So it wasn’t just us caught up in a blueberry hangover! 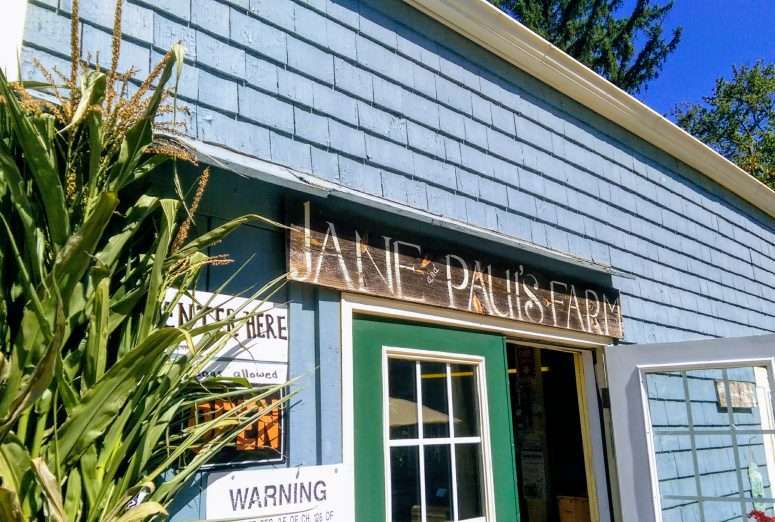 It was a nice summer weekday outing and the $30 dollars of blueberries provided a lot of snack, cereal toppings, jars of jams and a pie.

With more and more green space turning into subdivisions, if you live nearby or close to Norfolk, please stop by and support this family farm. The farm was started by Jane’s grandfather, who began raising chickens before buying dairy cows and later switching to produce. Jane and Paul continue to work it with just a handful of workers.

Not only is it a good cause to support, but the fruit and vegetables can’t get much tastier or much fresher.