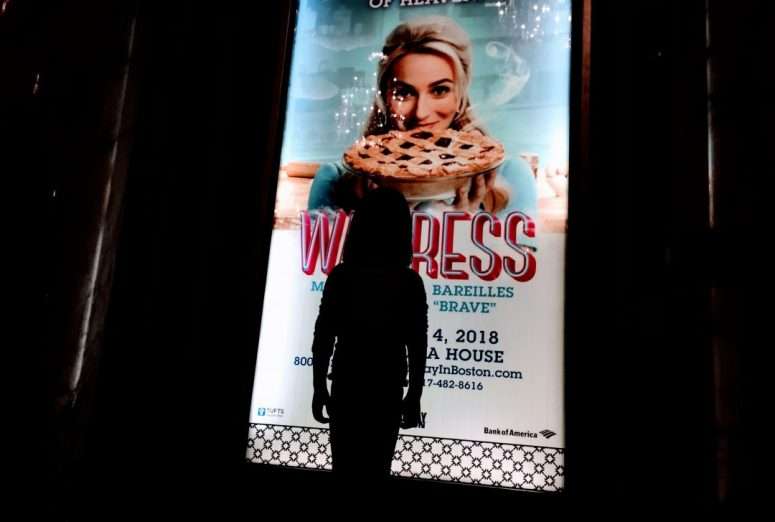 Warning: this is a proud Dad post. More than the usual, at least. As the girls grow, one of the most interesting things about parenting is to see how their personalities develop. You get to sit back and watch shocked and horrified as they do things you yourself would never imagine doing. I’ll occasionally catch a look or hear a phrase from one of them, usually Cecilia, that I see in the mirror, but just as often I’m left pondering what chance strand of DNA created that trait.

Like yesterday, when Allison auditioned for a part in The Waitress musical. For perhaps the first time since she put her leg completely behind her head as a newborn, I thought, there is no way you could ever convince me to do that.

Both girl’s (and their mother’s) love of musicals has been well-documented here and shows no signs of abating. Thanks to Michelle’s social media awareness (stalking) of various Broadway, stars and production companies, she learned that The Waitress would be auditioning a child part for the Boston show. Ally didn’t need much convincing.

TL;DR – She did awesome and had a great time. If you want to know a little more of the details, keep reading.

For most of her life, Allison has been very confident and outgoing, but in the last year, she has shown some random surprising shyness in front of groups. Not all the time, just sometimes. I’ll take the blame for that. One of my biggest fear is ice breaker games in front of new people. So Michelle and I were a little hesitant. This whole experience could be amazing or an amazing, flaming disaster.

Tuesday night, she was definitely feeling the butterflies….

….but Wednesday morning she was fired up and ready to go.

With the snow, Michelle decided to take the train into the city and no matter how you or I feel about the commuter rail, there is no doubt that kids love riding the rails. 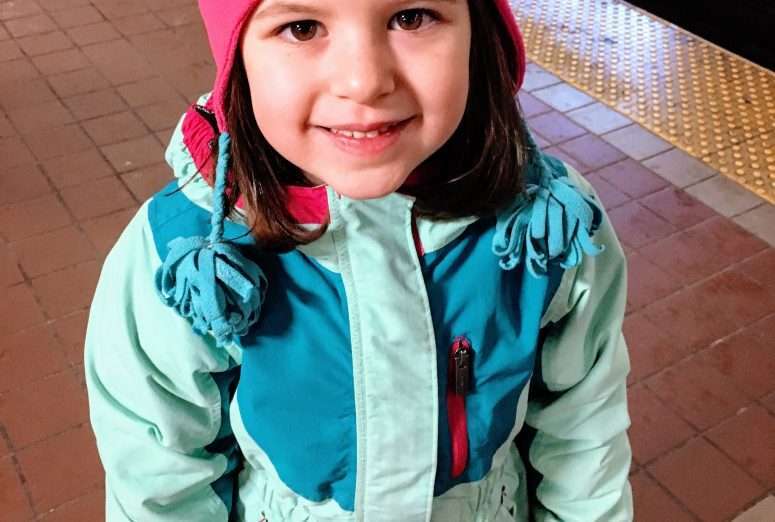 First stop, Dunkin for some donut fuel. She particularly wanted this photo taken to show that she changed up from the pink frosting to the blue frosting for the special occasion. 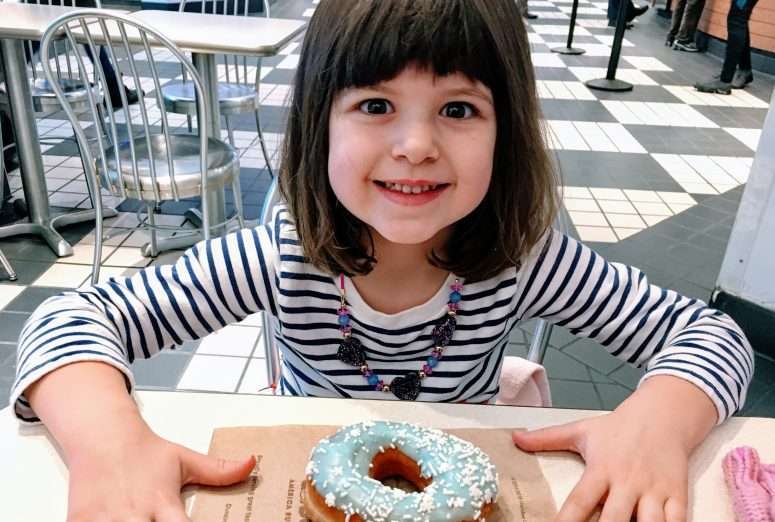 Then it was on to the Opera House. She was interested to learn more about the “Phantom with the diamonds.” 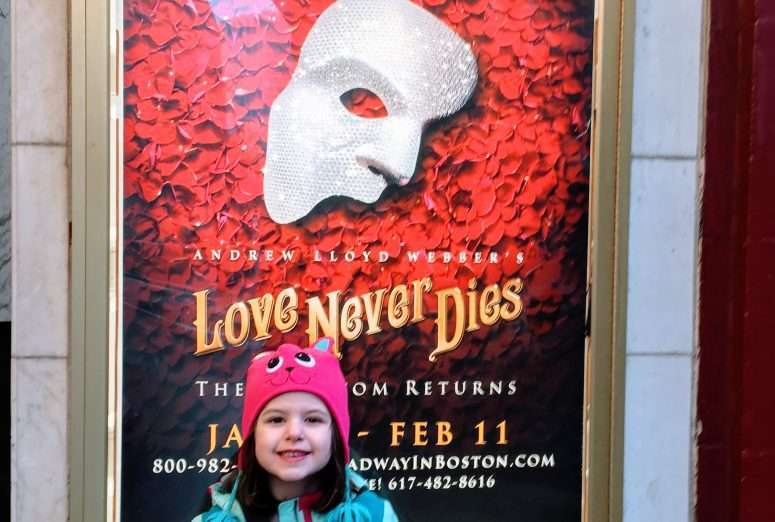 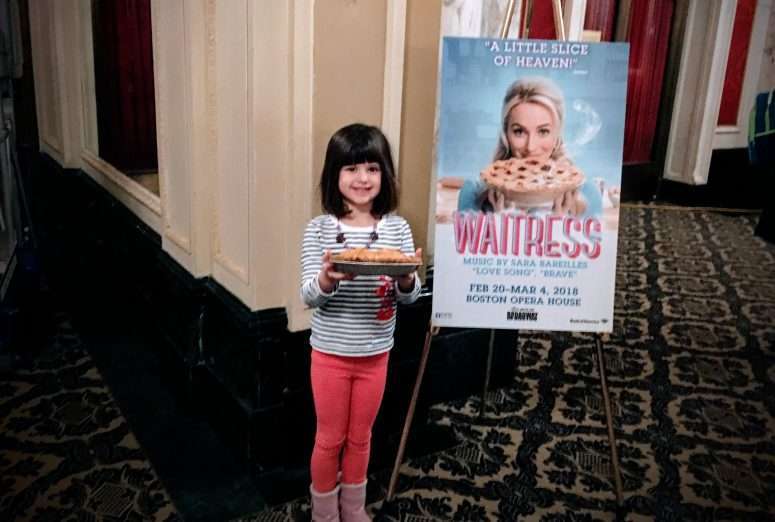 These casting folks knew what they were doing. There was a large table full of crayons. 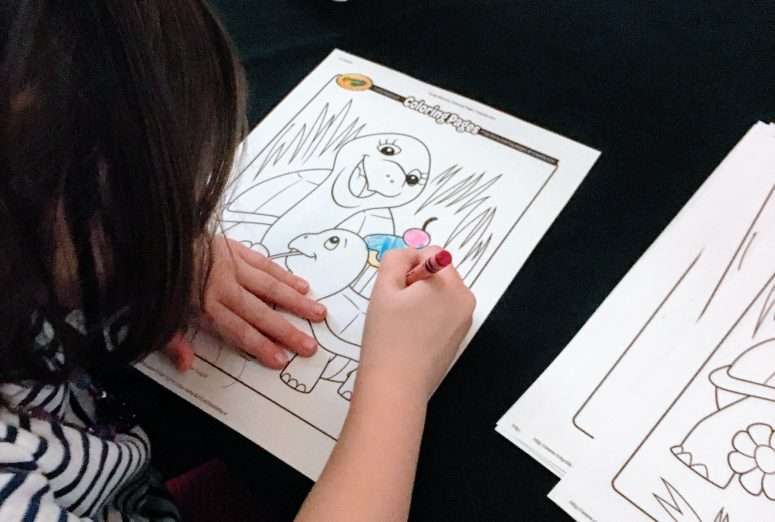 Then it was time for a group activity/ice breaker. Here is where I would bow out! 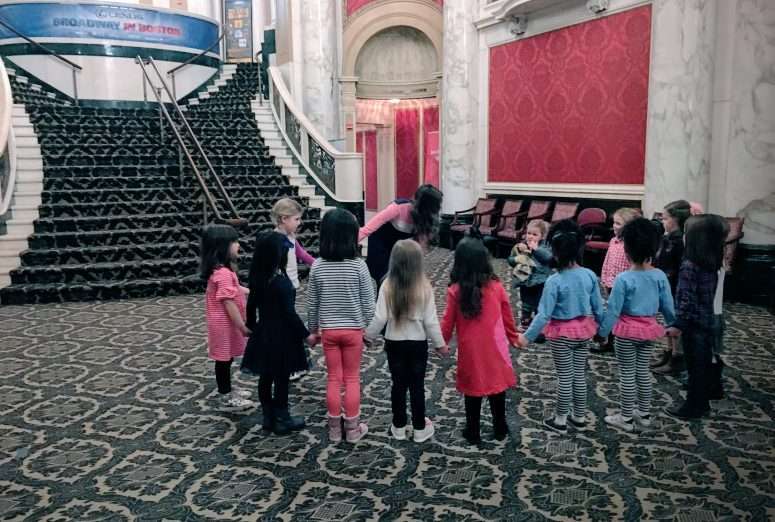 And a group photo. You can see the a little Instagram video of the day @BroadwayinBoston. The biggest thing working against Ally was actually my genes. She was a few inches over the actual height guidelines. Lulu has to be picked up by the lead at the end of the show. 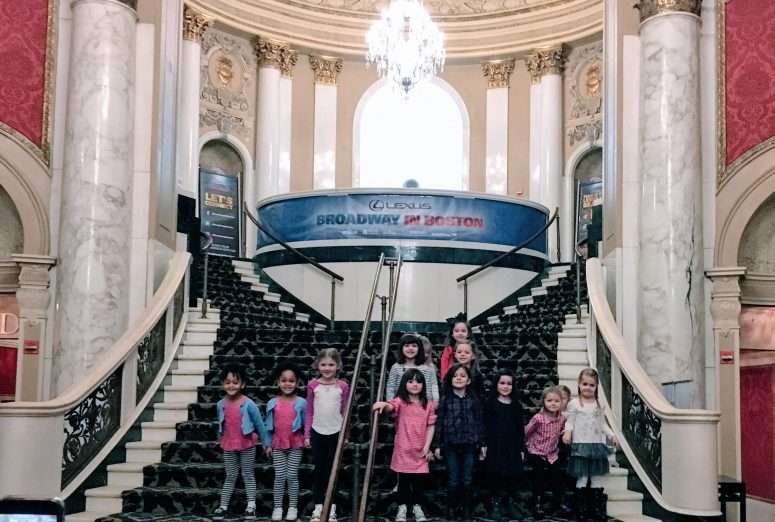 Next it was time for the individual part of the auditions. No pics here as it was behind closed doors with just the girls. There were 40 slots for 2 kids for parts in the show’s quick run through town in the spring.

Ally tends to be either on or off. For her audition, she was definitely excited and on – full wattage. She zoomed around the empty Opera House. Michelle says she charmed everyone in sight. There were quite a few “veterans” there, but Ally more than held her own. 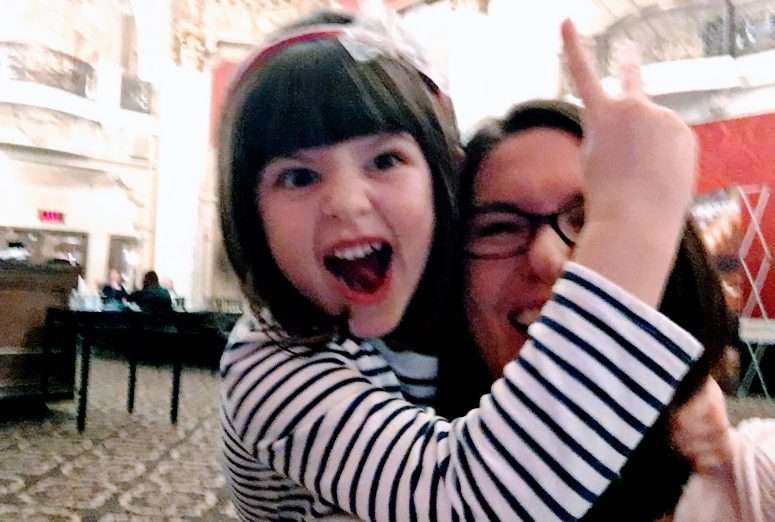 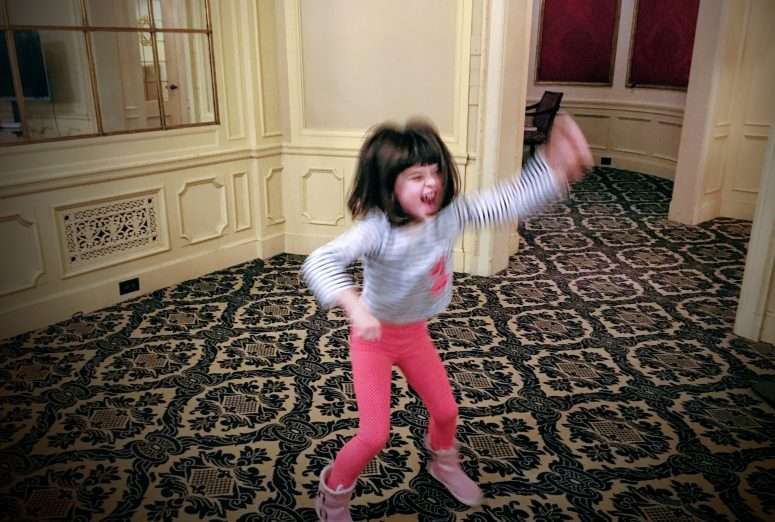 On the way home it was lunch at McDonald’s and then the train back home. 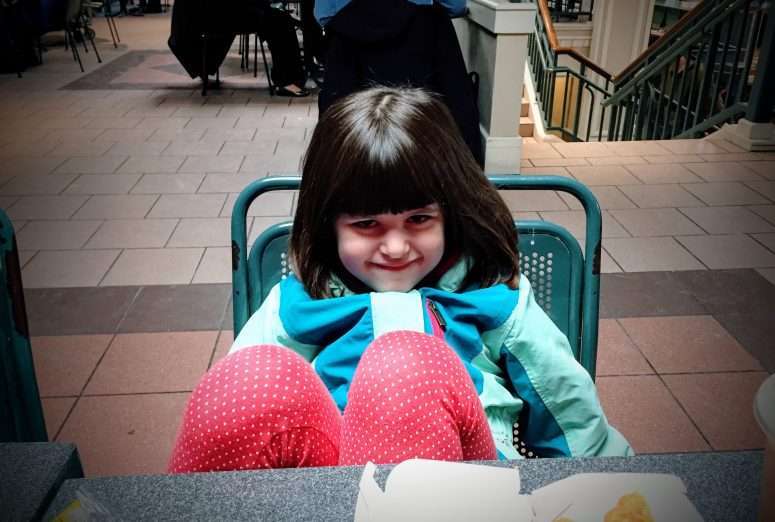 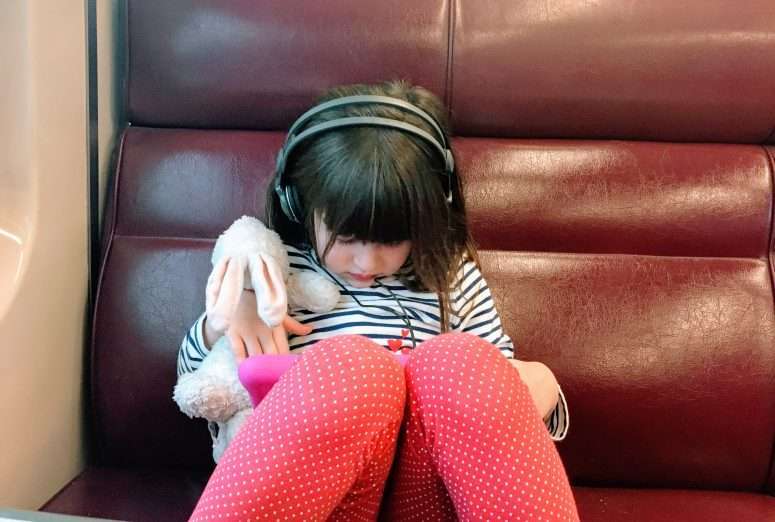 Of course, after all of this, her biggest takeaways when recounting it for family and friends later were the stops at Dunkin’ and the happy meal lunch.

No matter if she gets the part, I am amazed and so proud of Allison for doing something so far outside my own comfort zone. I’m also more suspicious of the mailman….