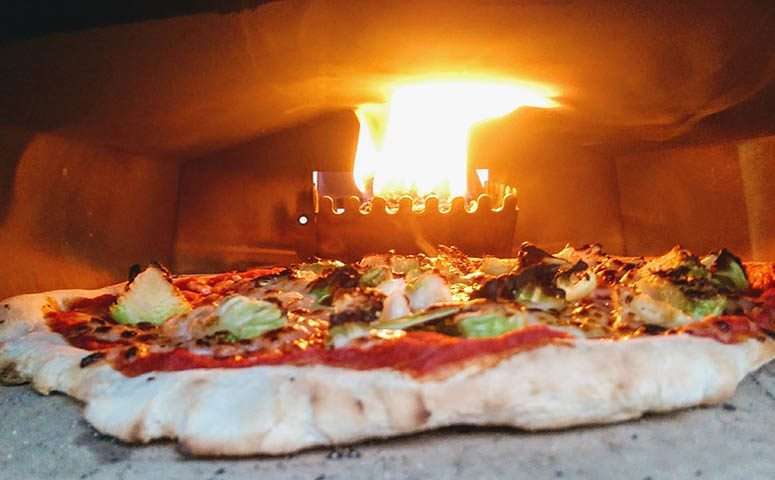 Old post and older version of the Ooni / Uuni but if you are using the wood-fired aspect of the oven, I think the tips are all still effective.

This Christmas I added a new tool to my pizza arsenal: the Uuni 2s. The Uuni is a portable, wood-fired pizza oven. I’ve been eyeing an Uuni since the original launched on Kickstarter five years ago and Santa finally came through this year. With the weather finally warming, I’ve been able to give the oven a good test drive the last few weeks.

Ideally, I’d have the time, skill or money to put an outdoor oven in our backyard for bread and pizzas. We have a great spot for it, but let’s be realistic, saving for college is going to trump a pizza oven. Never say, never, though! In the meantime, the Uuni is a nice consolation and takes up way less space.

It also happens to make some great pizza, but it definitely takes a little time and practice.

Here are my 8 hard earned (but yummy) tips for new Uuni owners to start getting great pies:

Be patient, let it heat up

Maybe I’m not being aggressive enough with my wood chips or lighter fluid or maybe my environment is cooler, but I’ve found it takes closer to 15 minutes (the website touts 900+ degrees in 10 minutes) to get it up over 600 degrees. I like this infrared thermometer gun to measure oven temps.

You definitely want that first pie to hit a hot oven, so give it the time and fuel to get hot. Once you start opening the door while cooking, it will take more time, effort and fuel to keep it hot, so you might as well get that initial pie cooked in a jiffy. 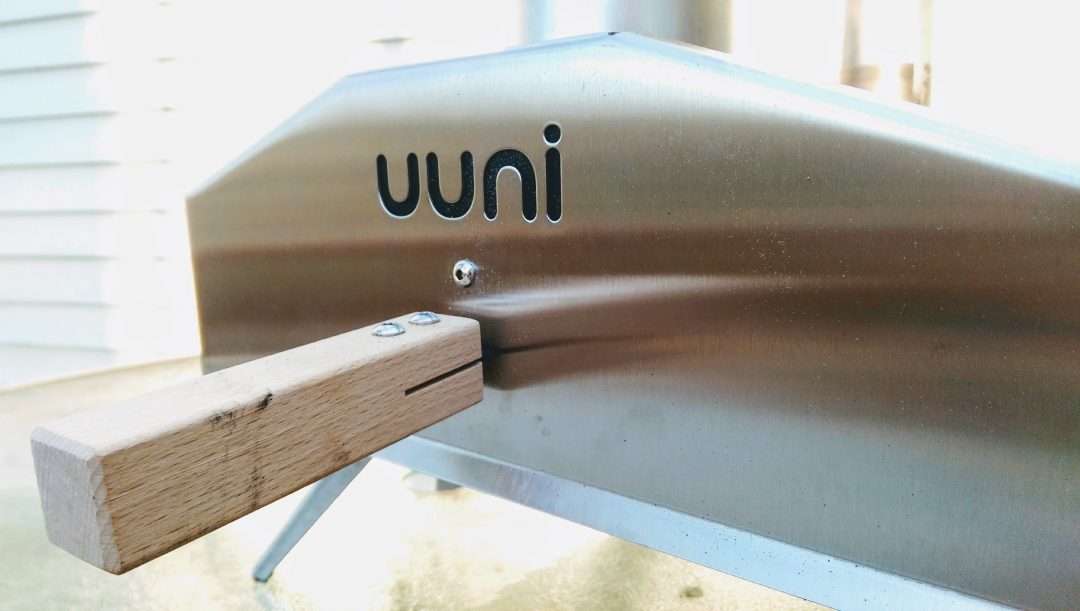 Keep it hot, but not too hot

I’ve found managing the hopper and keeping the oven consistently hot to be the biggest challenge with using the Uuni effectively. I’m used to letting my baking stone or baking steel really heat up and get hot in the oven for indoor pizzas, but once it’s heated, I don’t need to think about it too much. It will retain that heat. Not so with the Uuni. You need to really stay on it, fill the hopper and nurse that heat. Maybe that is part of the charm of a wood-fired oven, but it was definitely a change in pizza making behavior for me.

Also, I found that really cranking it up to that 900 degree level doesn’t work all the well for some pizzas. It works fine for a simple margherita, but if you have a pie with toppings, it’s likely going to burn the top or edges before it cooks all the way through.

I found that 600-700 degrees to be a better, all around sweet spot for most pies. You can leave the pie in closer to two or three minutes without burning or scorching too much of it as you would with the higher temperatures. 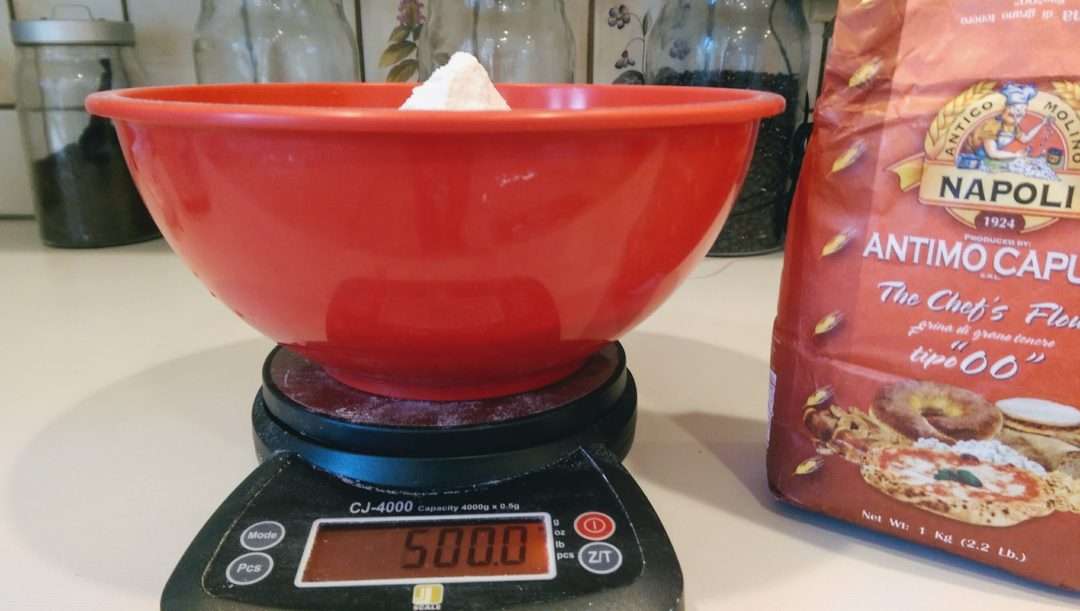 When I make pizza at home, my go-to dough is this New York style recipe or this Sicilian sheet pan recipe. We like our crust with some chew, rather than all crisp. Neither will work in the Uuni. Both are too hydrated and difficult to get thin enough to cook effectively in the Uuni. You need a lower protein dough that you can get pretty thin. In other words, a Neapolitan dough that likely uses 00 flour.

If you are using 00 flour, you want the red bag Caputo (Whole Foods has it typically). The 00 refers to how finely milled it is. It is much finer and takes less water than trying America flour or typical AP flour to make your dough. The less water content is key as it will cook and crisp up more quickly in the Uuni.

So far, I’ve used the classic recipe on the Uuni site and had success. Serious Eats also has a Neapolitan recipe.

For both flavor and texture (and engineering) this tip could apply to all homemade pizzas: those done on the grill, in the oven or some other way. But it applies doubly for those done in an Uuni. If you overload the pizza with toppings two things will likely happen. You’ll end up with charred, burnt, unrecognizable toppings and you’ll get a crust that doesn’t cook through.

When in doubt go light on everything: sauce, cheese and toppings. With toppings it’s best to slice very thin and go pretty sparse. Certain toppings will do better with some pre-cooking. A piece of raw broccoli or cauliflower is not going to cook in the one to two minutes that it sits in the oven. 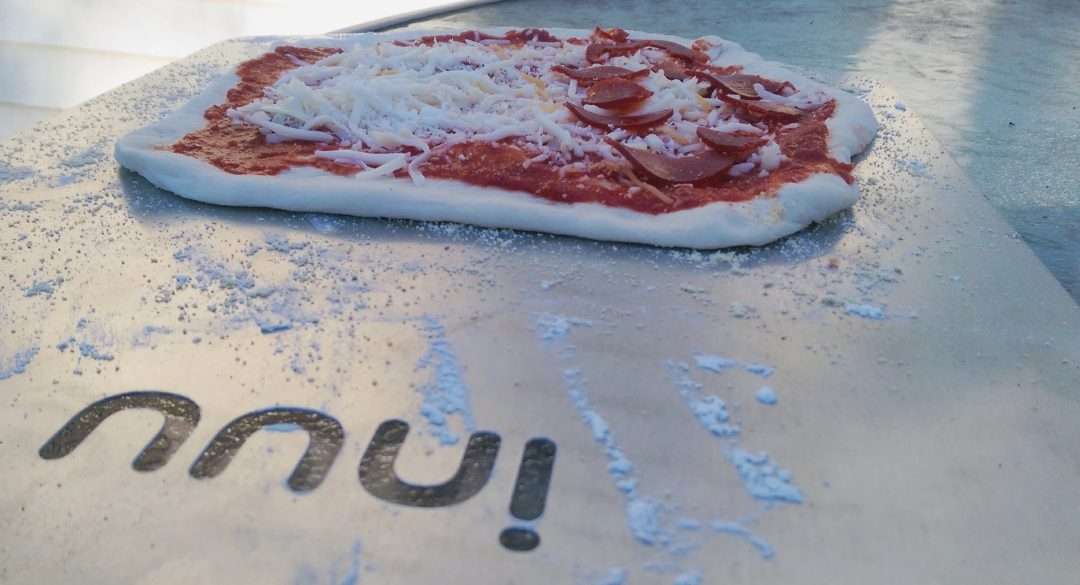 When I cook my pies on my baking steel in my oven, I like to stretch them out then prep them on a piece of parchment which I’ll slide onto a peel and then put in the oven. I’ll remove the parchment after a few minutes. It feels a bit like cheating, but it saves me from losing any pies that stick to the peel and I can prep multiple at once.

You can’t do that with the Uuni. It’s too hot for the parchment which immediately catches fires in the oven and burns the dough. You need to get comfortable flouring the Uuni peel and getting the pizzas in the oven. It takes a little practice, but it’s not hard. You just need some confidence to launch it in the oven off the well-prepared peel.

The one thing you can’t do, other than forgetting to flour or cornmeal the peel, is to let the pizza sit on the peel for too long. Even with the 00 dough absorbing less water, it will slowly suck up that flour and stick to the peel causing a big mess or worse when you finally try to flick it into the oven.

Even if you opt for cooking at a slightly lower temp, resist the urge to continually check on your pie. Launch it in the oven, close the door, wait 60 seconds, open the door, adjust the pie and get the door on again. Check again in 60 seconds.

Just like your kitchen oven, it will take some time and practice to figure out your normal cooking time. Maybe it’s 60 seconds for you. Maybe it’s more. Maybe it’s less. 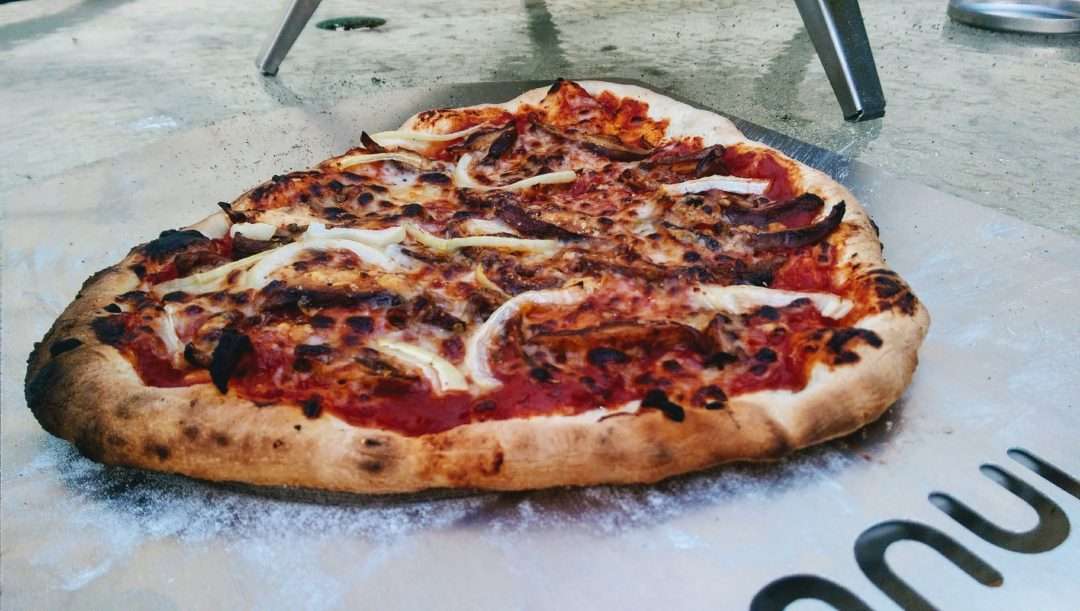 The whole point of a wood-burning oven is to get that smoky wood taste and a little char on your pizza. There are limits and I’ve had to give a few pies a little trim, but give your pies a bold bake.

The most challenging thing so far, for me, has been getting a consistently cooked crust in the middle. You need to let the pie cook. Yes, some edges are going to burned. Call it flavor.

Finally, it’s going to take a few sessions before you are comfortable and consistently getting good results from the Uuni. Cooking and maintaining the temperature is more art than science. As someone that loves data and baking, this was the toughest step for me. This is not simply following directions and a recipe and getting a result. There are other variables. Some I can control. Some I cannot control.

I’ve now cooked almost 20 pies in the Uuni and I’m learning what does and doesn’t work. I think the Uuni is a great product and fills a particular home cooking niche, but it’s not something you just fire up and start pulling out beautiful pies that have people dreaming of Roman trattorias. It has some idiosyncrasies. I hope these tips can help you avoid some of the mistakes I’ve made and get you making great pies from your Uuni faster.