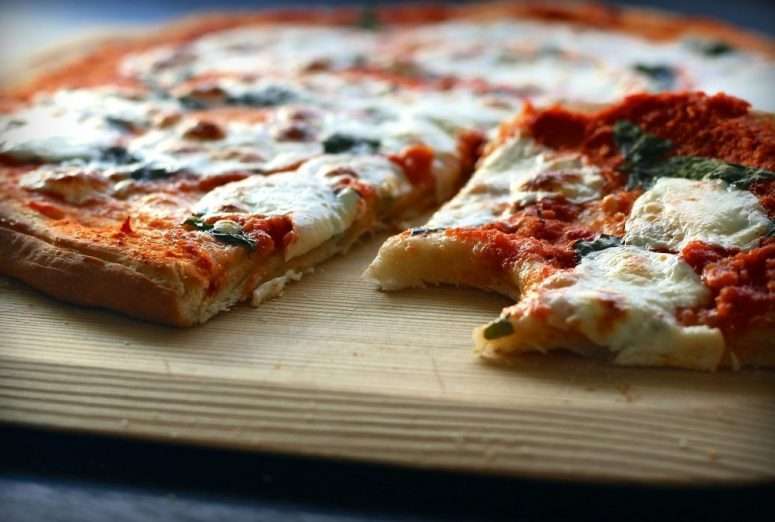 We all hit the wall at some point. It’s late summer and you’ve just returned from the farm with another box of fresh, organic CSA produce and….you feel nothing.

Don’t worry, it’s totally normal. The dog days of CSA happen to the best of us. One more eggplant or ear of corn can turn your stomach. Don’t panic. Don’t toss everything in the compost bin.

There are quick and easy ways to get a good dinner on the table and not waste those fresh vegetables. It’s name is pizza and it’s your savior at this time of year.

I’ll assume you have the dough, whether it’s store bough or homemade, I won’t judge. It’s the dog days, anything goes!

Here are three pizza recipes that can help you make a dent in that late summer CSA box. 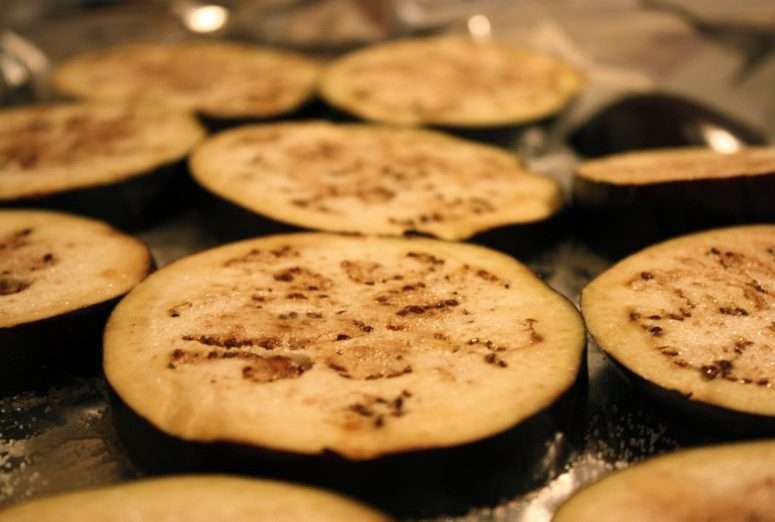 Slice the eggplant into rounds and sprinkle salt over them. Let them sit for 30-60 minutes. This pulls out some moisture and bitterness. Wipe off moisture with a paper towel and slice rounds into quarters.

Heat olive oil in a skillet over medium heat, add garlic and chili peppers. Sautee until garlic is just light brown. Do not burn it. Add eggplant. Cook until soft, about 10 minutes. Take off heat.

Shape dough into round and top with a cup of red sauce. Add veggie mixture and top with cheese. Bake until bubbly, about 7-10 minutes.

First oven roast your peppers. Two to three is usually good for one pizza, but if you’re going through the effort of roasting, just do a whole bunch, they keep well in the fridge for more pizza, salads or sandwiches.

Preheat oven to 400 degrees. Put peppers on a baking sheet and lightly rub or brush with olive oil.

Cook for 20 minutes and then give the peppers a quick turn and cook for another 20 minutes.

When peppers look appropriately soft and charred, place on a cutting board and cover with a big bowl for 15 minutes. This last step helps steam the peppers and makes getting the skin off much easier.

Peel off the skin and de-seed the peppers. It’s messy and there’s no magic hack that I’ve found. Just get it done. Don’t skip it. Slice up peppers into the shape of your choice.

Shape dough into round and top with a cup of red sauce. Add sliced peppers, basil and fresh mozzarella. I’ll occasionally add some sautéed mushrooms and aged mozzarella, as well. 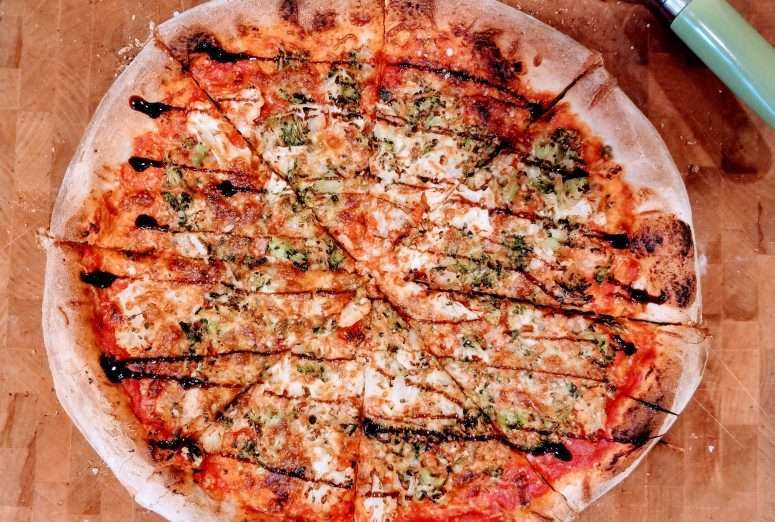 Preheat oven to 400 degrees. I’ve found 400 degrees to be about the perfect temperature for roasting any vegetable. Set it and forget it. You just have to manage the time, not the temperature.

Slice any vegetables you prefer and put on a baking sheet. Just about any root vegetable works very well. Higher moisture veggies like squash or zucchini can get soggy. Try to make the veggies approximately the same size so they cook in the same amount of time.

Sprinkle veggies with a healthy pinch of salt and toss with olive oil.

Cook for 20 minutes and then give the pan a quick shake and cook for another 10 minutes or until the veggies have reached your desired doneness.

Shape dough into round and top with a cup of red sauce. Add veggie mixture and top with balsamic vinegar or balsamic glaze. Top with mozzarella, feta and grated parmesan cheese.

This is an unusual one, but the subtle flavor of zucchini is buttressed by the acidity of the lemon and the assertive feta. Surprisingly, this became my daughter’s favorite pizza that I make.

The way to defeat the heavy water content of the zucchini is to slice and salt it beforehand to get rid of as much of it as possible. I like the use a mandolin to do matchstick shape zucchini. I then put it in a colander and generously salt it and let it sit while the oven preheats.

Slice a lemon as thinly as possible. This is where a mandolin as comes in handy.

Squeeze as much moisture out of the sliced zucchini as possible.

Shape dough into round and brush with olive oil. Top with zucchini, sliced garlic, thyme, basil and lemon slices. Add feta and dots of fresh mozzarella.

By the end of August some days are getting cooler, but if it’s too hot to turn on the oven, pan saute the veggies to desired doneness and grill the pizza to save turning on the oven. Either way, you’ve used up some CSA produce and put dinner on the table. That’s worth a glass or wine, right?