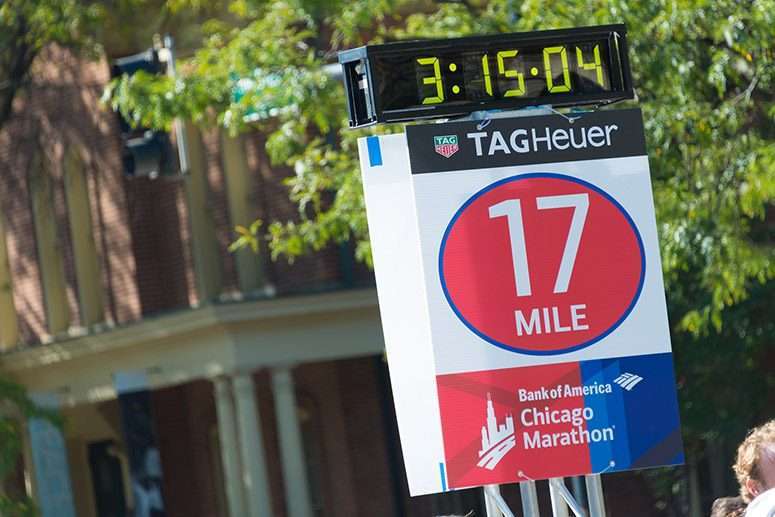 I turn 40 this year and time is growing short (just kidding!) so let’s get the big one out of the way first. I’m going to run the Chicago Marathon in October. At the end of last season when I started thinking about this year’s fitness goals, I originally thought I would try to go after that sub-90 minute half-marathon. Truthfully, the half marathon is probably my favorite running event but somehow that didn’t seem big enough, memorable enough for a milestone year like 40. Go big or go home, right?

I’ve long wanted to do a marathon “major” (NYC, London, Boston, Chicago, Tokyo, Berlin) but have been put off either by the qualifications (Boston), or the logistics (NYC, Chicago) or the expense and logistics (the international ones. I know you can go the fundraising route, but I know myself well enough to know I’d be a disaster at asking for money.

Turns out through my employer, I can get a few breaks that would make running Chicago a bit easier (though hardly less expensive, yowl!). So, I was in. The 2017 Chicago Marathon will be my big, hairy ‘A’ race goal for my 40th year on this blue marble. More on this (crazy?) decision later in the year as the start of training gets closer.

My other fitness goal, my ‘B’ race, will be a local Olympic distance triathlon. Someday, I want to get back to the Patriot 70.3 and erase those bad memories, but doing that and a marathon in the same year seemed just a wee bit over the top. I really enjoy the ITU distance (90 minutes seems to be my happy limit on the bike) and the race is nearby (no hotel or 3 a.m. wake ups). Seemed like a good match. I’ll start training for this in late January.

One benefit of milestone years in racing, is jumping up an age group. Who knows maybe those extra five minutes on my BQ time will come in handy!