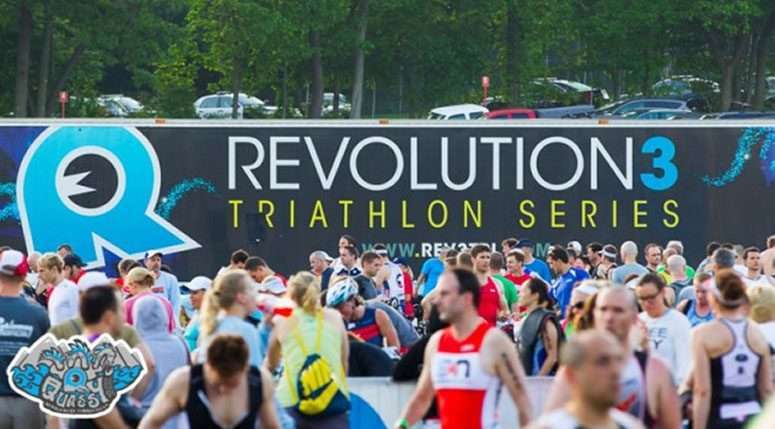 The 2014 season is essentially already a month old here in the Northeast and, other than June, I have my races, picked (some already completed) and paid for, for most of the upcoming year.

Here is where you can find me sweating, swearing and hopefully smiling in races throughout the next six months.

May
This is the month that the roads and paths fill up and it feels more sane to be consistently outside running, training and racing.

5/4 – Providence 13.1 [results/review] The first leg in the UnitedHealthCare Rhode Island triple crown. My A races this year are 3 Olympic distance triathlons, but I wanted to also keep a solid endurance running base, so the B races are three half marathons in nearby Rhode Island.

5/31 – Rev3 Quassy Olympic
The first triathlon of the year and sure to a chilly swim. After two sprints last year this is my first Olympic distance and first ‘big’ triathlon events I’ll do. I’ve heard Rev3 puts on a great race and that Quassy is very challenging. Nothing like diving in the deep end.

June
After double weekends in May for races, I have nothing officially scheduled for June. Gotta be fair to the family. Depending on how Quassy goes, I’ll likely spend the month working on weaker areas for the late summer triathlons. I can always jump in a local 5k or 10k if I need a sprint workout or feel the itch to race. The Runner’s World Heartbreak Hill Fest (6/6-6/8) was mighty tempting, but back to back big event weekends would probably (ok, definitely) be pushing it with the wife.

July
7/12 – Jamestown 13.1
The second Triple Crown leg. After Providence, I’m hoping I’ve strengthened my IT bands enough that it’s not a hobble to the finish and I can inch closer to 1:30.

7/20 – Hockomock YMCA Sprint Tri
Supporting our local YMCA, this was my debut last year and the first time I’ll be doing a repeat course. More a time to practice open water swimming and transitions, it will still be good to compare it to last year to see (hopefully) the improvements.

7/25 – Blessing of the Fleet 10 miler
This is a lower priority and may drop off the schedule, but it’s a race with a long history and always looked fun. Maybe one year I’ll get up the nerve to do the accompanying across the bay swim, too.

August
8/10 – Brewster Brew Run 5 miler
Hard to pass up 5 mile run with plenty of beer and within walking distance of the parent’s Cape house. Do I need to say more?

8/23 – Cranberry Trifest
The second A race of the season is the popular Cranberry Trifest weekend in Lakeville. I’ll be doing another Olympic and I’ve heard this course is much flatter than Quassy (or the upcoming Poconos) so hoping to gain confidence going into the final tri in September.

Sept
9/14 – Rev 3 Pocono
A few short weeks later, the last A race of the year is the new Rev3 Pocono event. This will double as a road trip with Dad who will act as sage/sherpa prior to the race.

October
10/12 – Newport Half
The last leg of the half marathon Triple Crown. Spending a day running and then hanging out in Newport over Columbus Day weekend doesn’t sound like a bad way to wrap up the season.

November/December
Despite calling the season done and recouping, recovering and relaxing while paring back the training a bit, I’ve ear marked a few races in the last couple months that I might jump in if the mood strikes. The Angel Run is always hard to resist.